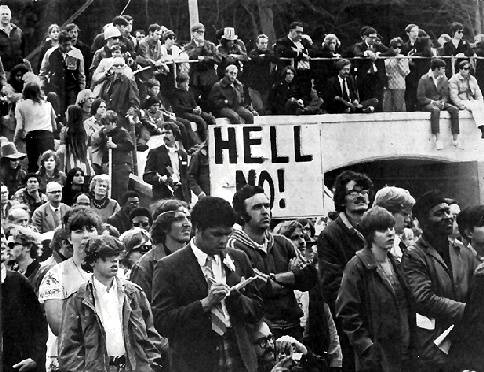 Saturday's rally at Golden Gate Park climaxed the two-day Moratorium in San Francisco when over 100,000 marched very peacefully through the streets. There were contingents in the march who carried the flag of the National Liberation Front, anti-imperialists who saw other purposes for the march than to convince Nixon to "Give Peace A Chance," but they were far outnumbered by the masses of people trying to sway Nixon from his avowed policy of not letting street demonstrations affect his policy on Vietnam. 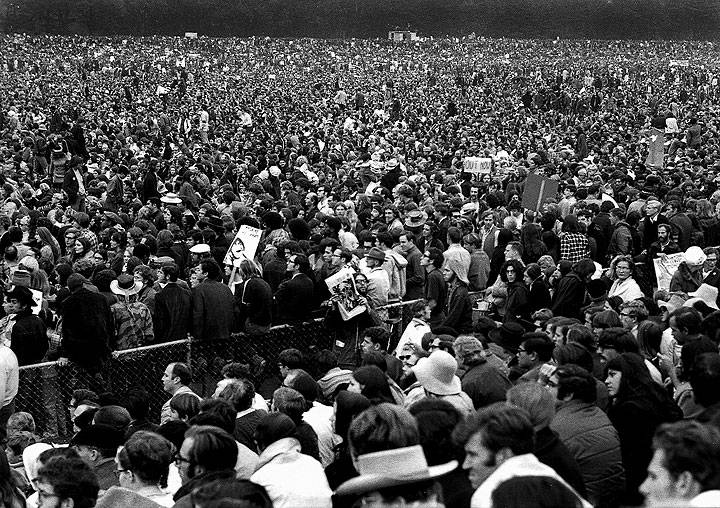