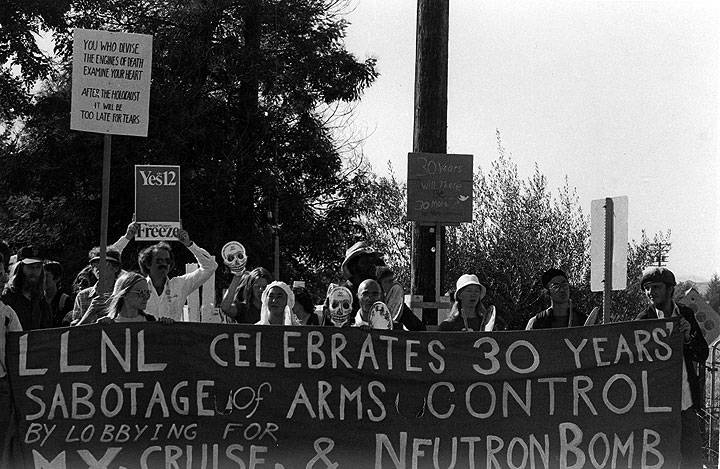 Anti-war movements have a long and important history in San Francisco, from Anti-Imperialist League agitation against the annexation of the Philippines at the turn of the 20th century, to anti-war agitation during WWI, pacifist activism in WWII, strong resistance to the Vietnam War, Reagan's wars in Central America, both Bush wars in Iraq and the latter in Afghanistan/Pakistan. The Livermore Action Group and the Abalone Alliance were twin entities that led the charge against nuclear weapons and belligerent militarism, as well as fighting domestic nuclear power. Other activists challenged the corporations that were once headquartered in San Francisco for their deep involvement in the business and politics of war.

The following 77 pages are in this category, out of 77 total.