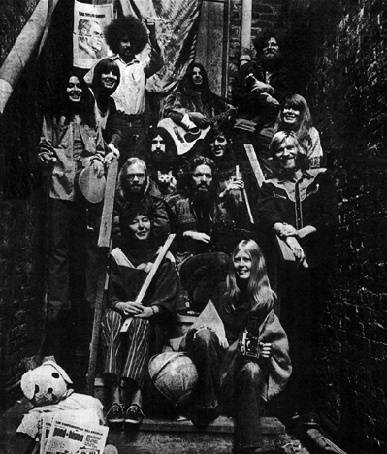 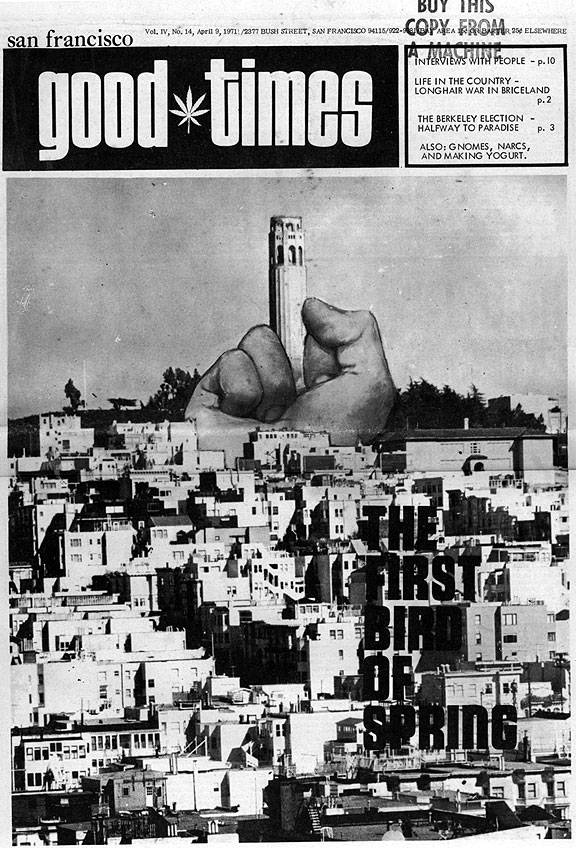 2377 Bush Street, home of the Good Times Newspaper Collective, the primary underground newspaper of San Francisco during the late sixties and early seventies. Good Times was the paper the radical left depended upon to keep up with the anti-war movement, the trials of political prisoners like the Soledad Brothers and Angela Davis, political corruption in San Francisco, and general communal information like vegetarian recipes and holistic health care. The all-volunteer collective put out Good Times on a regular bi-weekly, weekly, and then twice a week basis until sputtering out in the summer of 1972. In the last issue, a collective member had this to say about Good Times:

For the first time in 4 and 1/2 years, the radical movement will not have a regularly printed voice (the Guardian notwithstanding) in San Francisco. We were always defined as an "underground" paper, and for a long time we thought of ourselves that way. We refused to deal with "straight" institutions except when we had to. We had to fight for the right to sell our papers in the streets. We had to struggle for access to the same news that Chron-Exam monopoly reporters were served up. We never were given police press passes. We covered stories from the perspective of the participants, dodging clubs as we took notes. The lines were clear and we knew which side we were on.

Nina Serrano, longtime activist and poet, describes how she got her start as a poet and writer and joined the Good Times collective, writing for it along with her husband and son... which led her to re-adopt her original last name!