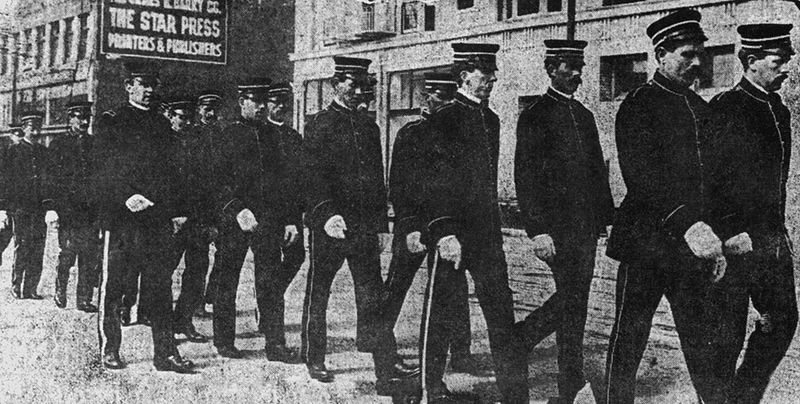 So how did they organize themselves? Public spaces in the antebellum period in San Francisco were hard to find. Aside from the streets, which provided space for public mingling and social encounters, the normal places for assembly hadn't been built yet -- no public squares, aside from Portsmouth Square, no public parks, certainly no City Hall. There were bars and restaurants, tenements, some houses, some theaters. It was difficult for any group, ethnic, or otherwise, to get a sense of itself, to see itself reflected in the art, architecture or infrastructure of the city. Associationism, a cultural phenomenon common to all large cities in the twenty years or so before the Civil War, helped construct public space at a time when the multitudes moved in and out of the city in response to their own personal economic mandates. This response towards the anonymity of an unsettled city tended to manifest itself in meeting halls, bars and other intermediate forms of public space. The transient nature of the city made ethnic, political or social classifications of city inhabitants difficult to define and track.

There was a proliferation of Irish Associations in San Francisco between 1852 to 1860. Community leaders formed a wide variety of associations, with diverse agendas. Some were economic, some were religious, and some were simply fraternal in nature. All of them to some degree provided the means to come together, publicly. The eagerness with which the Irish embraced public assembly was not just a response to the loneliness and isolation of living in a frontier town. The memories of their political repression in Ireland probably colored their attitudes as well. The British Government had prohibited the right to assemble for Catholics in Ireland after Daniel O'Connor, the great Irish Catholic politician, successfully organized "Monster Meetings" across Ireland, meetings that brought thousands of Irish Catholics together in political organization.

Associationism was a sign that an economic stability and cultural confidence had taken root within the Irish community. Associations laid the base for political formations and the building of political power, and it is in these early secular and non-secular formations that the Irish laid the foundations for their future political hegemony in San Francisco. Associations like the Ancient Order of the Hibernians, a national group, gave political leaders political followers. It was a critical development towards building a network of business and political leaders who could organize the Irish community into an electorate big enough, and financially secure enough, to be courted by anyone seeking a vote.

The success of fiscal associations, like the Hibernia Savings and Loan Society, consolidated the loyalty of the community by capturing the growing wealth of the community and re-distributing it, all the while making a profit for its investors. Many associations played a role in further stabilizing community economics, by proving insurance for members, pensions for widows, or holding benefits for community members in crisis. Often they were called upon to pay for burials for members. 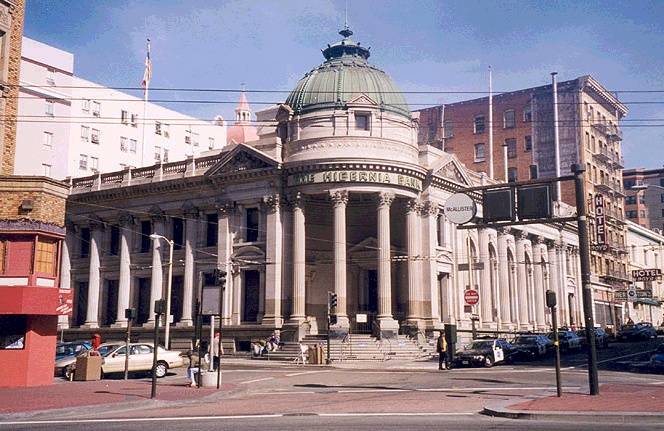 The Hibernia Bank building at Jones, McAllister and Market, built shortly after the 1906 earthquake and fire, once represented the success of local Irish in establishing their own institutions.

Associations provided for the continuance of Irish social and artistic culture, and psychologically developed community confidence and helped develop a self-conscious civic identity.

Associations also helped to underwrite the Republican movement in Ireland. Although the Irish were quickly embracing an American identity, they had not lost touch with the crisis that had forced them out of Ireland. Between the years of 1852 to 1860,(1) dissent against British rule in Ireland was at a low point. Within six years, 1845-1851, about two million Irish Catholics had either died or emigrated. Most Irish Catholics who stayed in Ireland were simply struggling to meet their everyday needs. Much of the revolutionary energy came from radicalized immigrant communities in "New Ireland",(2) which for all intents and purposes was New York, San Francisco, and other large cities with sizable Irish Catholic populations.

The Fenians, founded simultaneously in Dublin and in New York in 1858 by John Mitchell and Thomas Meagher (leaders of the failed 1848 rebellion), were a physical force movement and a potent manifestation of Irish nationalism in America. Fenianism was a direct reaction to the policies of the British Government during the famine by embittered immigrant communities in America, England, as well as the communities "on the ground" in Ireland. It held as its central belief that the British would never cede independence to Ireland unless they were forced to do so by gunpoint. In San Francisco, this meant that some propertied and materially endowed community leaders espoused and funded revolutionary politics (and continue to do so today), sending, at one point, $1,000 for the amnesty campaign for Fenian prisoners in Britain, presumably the jailed leaders of the failed 1867 uprising.3 Although there were some fractures in the movement, it remained large enough and relevant enough to attract a following and was able to consistantly raise money for the cause of a United Ireland. (A full accounting (pdf) of the nationalists movement in California.)

The curious thing about Fenianism is that, from a strategic and tactical perspective it often lost more than it gained, although there were some notable organizational success as well. Two of the incidents commonly recounted in Fenian history--the Battle of Limestone Ridge and the 1867 uprising in Ireland ended in complete failure. The movement however was much broader than those incidents and spawned a number of related direct action movements, namely the Land League, which used grassroots agitation to successfully secure significant commitments to land reform by the British government. The Fenian movement also was able to raise money and maintain a loyal following (in the form of associations) from Irish communities in America. The civil and human rights communities in San Francisco and in the North of Ireland have maintained their historic connection to this day.