Trains in the Mission 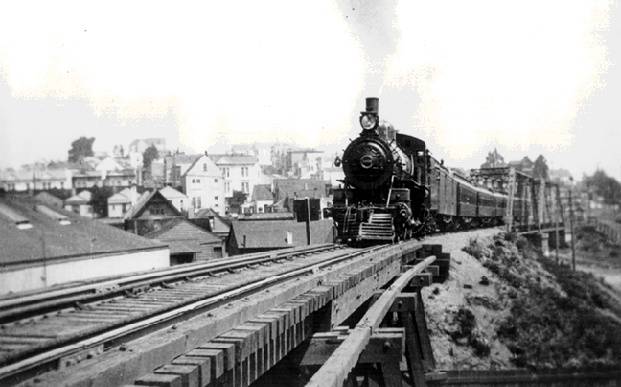 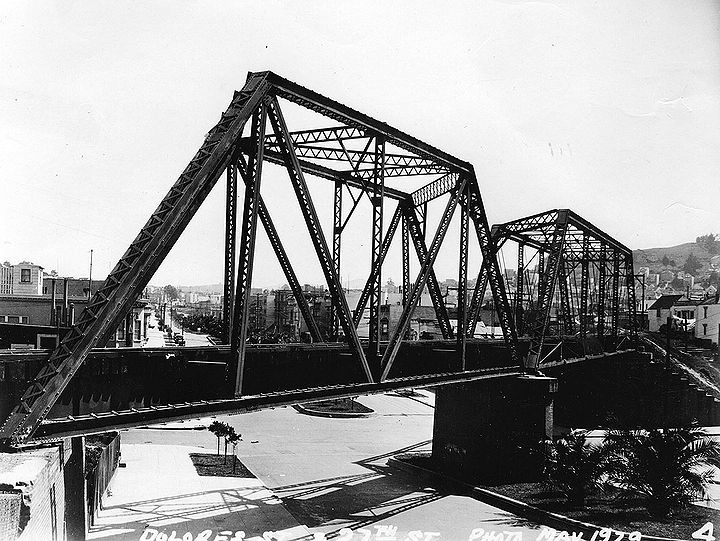 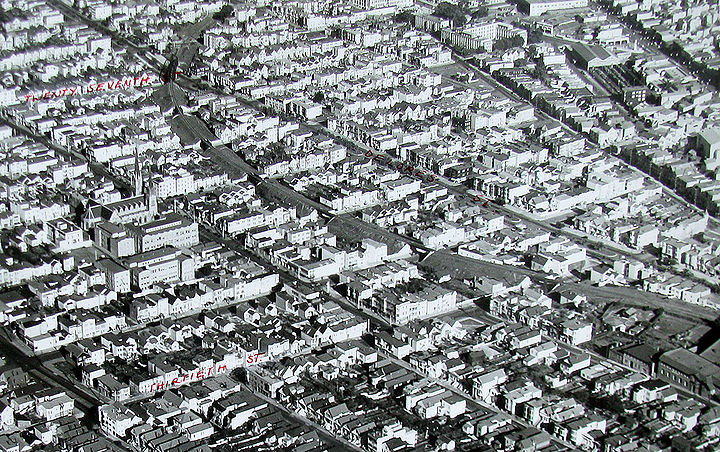 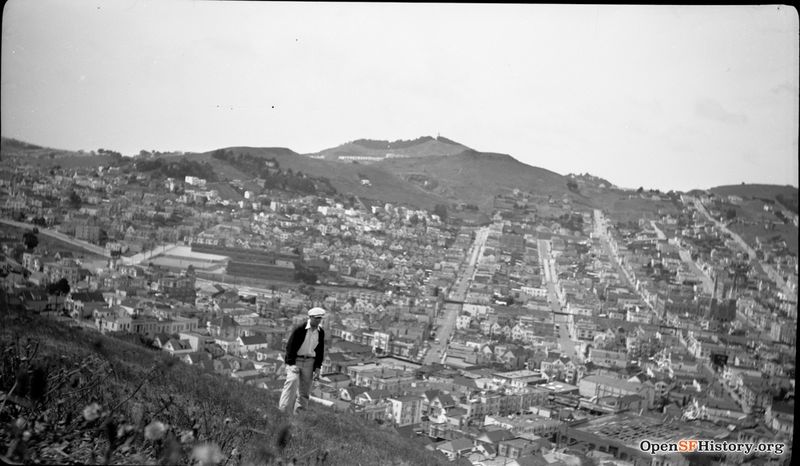 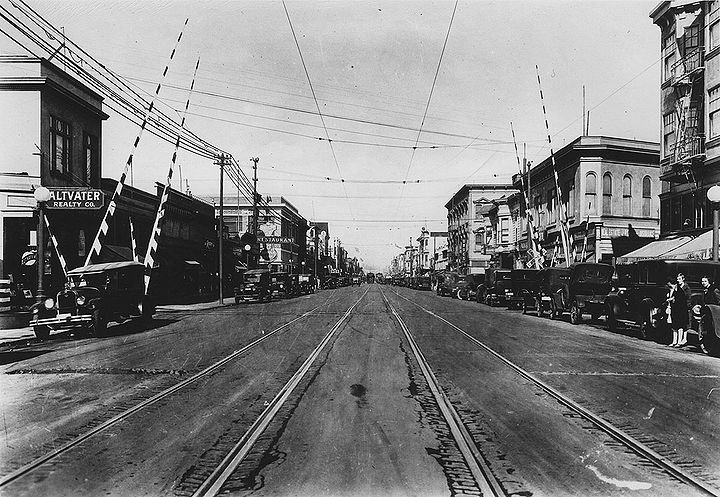 Mission Street north from 25th Street, with the Southern Pacific railroad crossing mid-block between 25th and 24th, seen here in 1926. The building on the northwest corner of 24th and Mission visible at back left of this photo still stands (and houses Dance Mission upstairs, a Chinese fastfood place downstairs), but BART plazas have replaced the structures on the southwest and northeast corners behind the long-vanished railroad crossing in this photo. 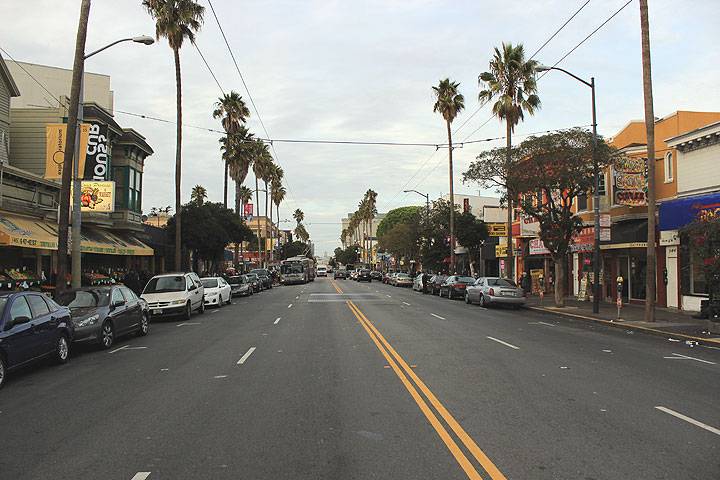 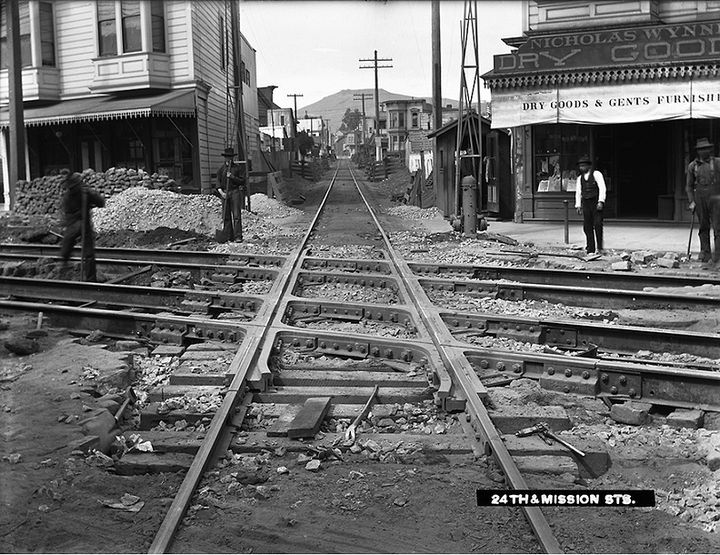 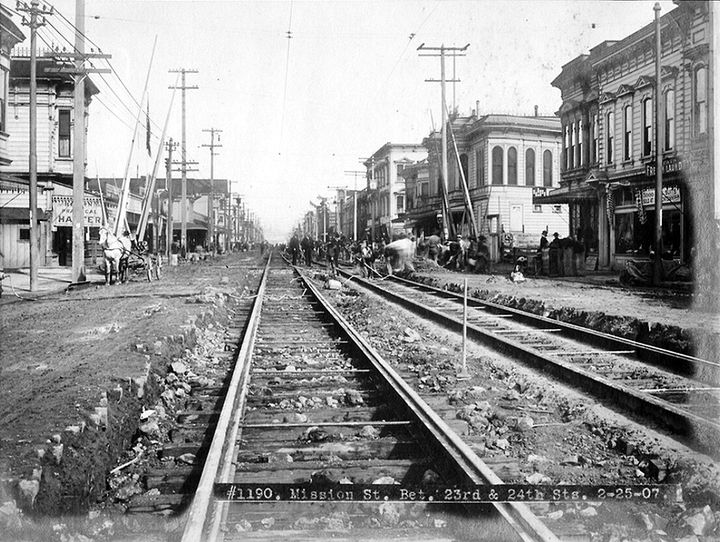 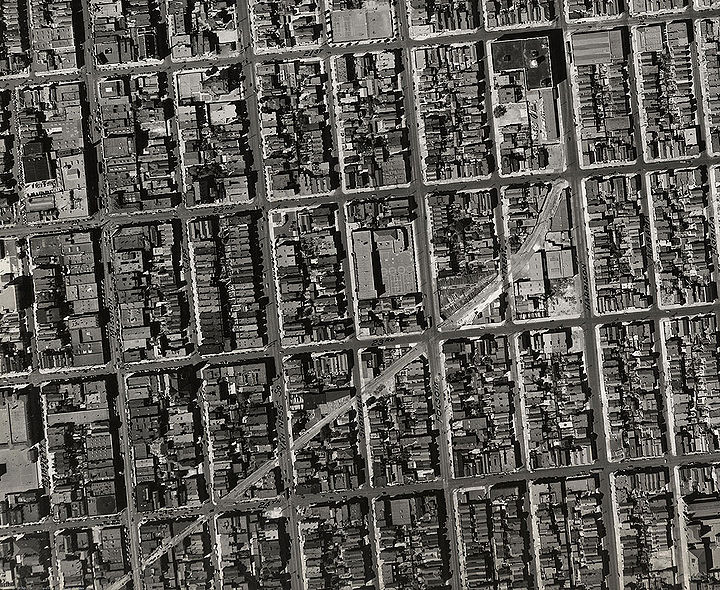 Train route cutting diagonally through the Mission. Where the train line leaves the image at lower left edge of this photo is where the train cuts across Mission Street between 24th and 25th Streets. Photo: 1938 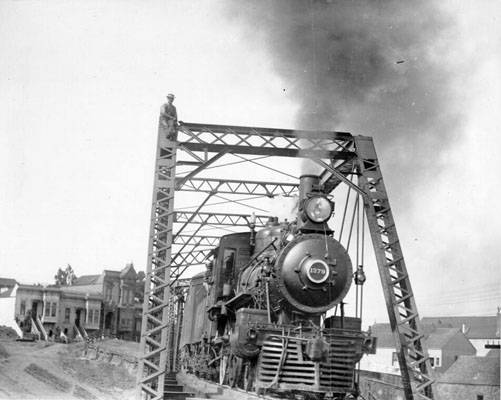 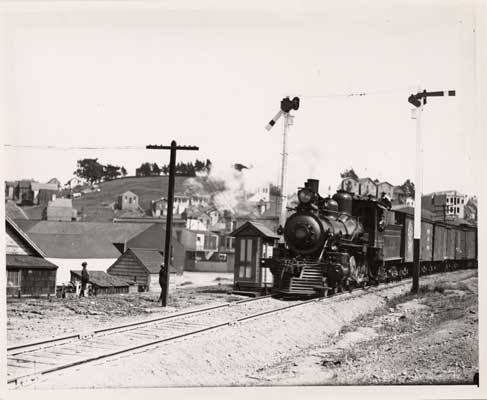 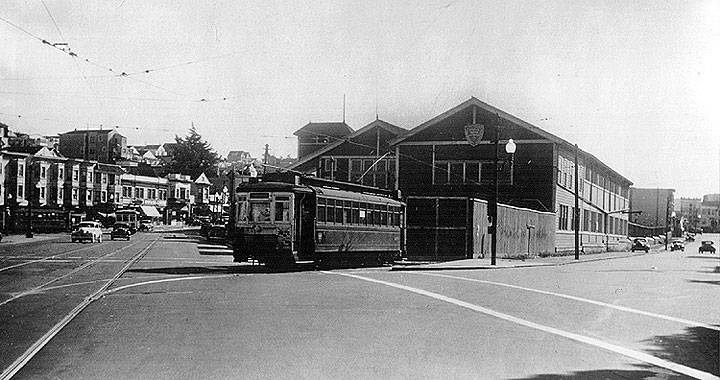 United Railroads carbarn and trolley at Valencia and Tiffany (Mission Street is in distance), 1937. 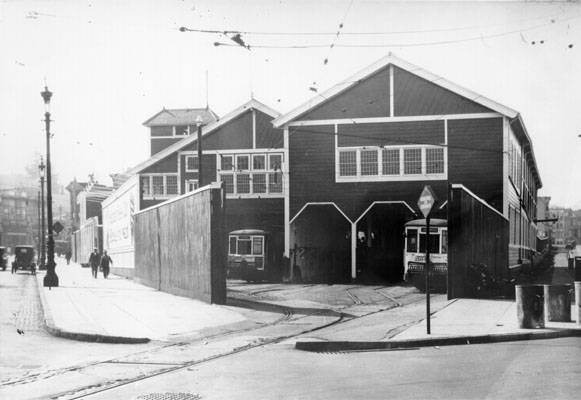 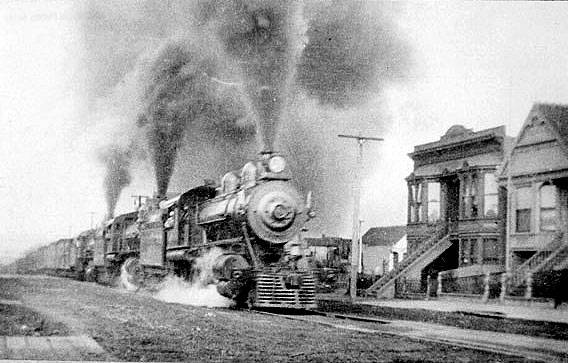 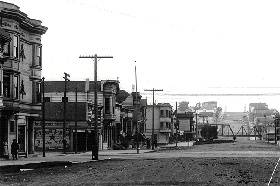 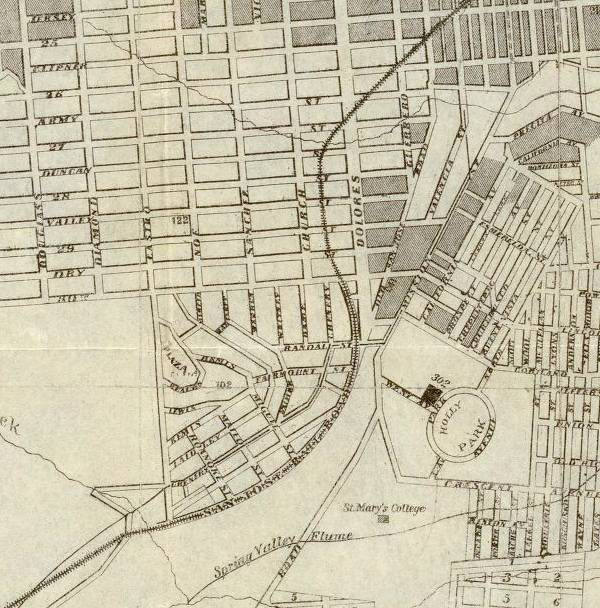 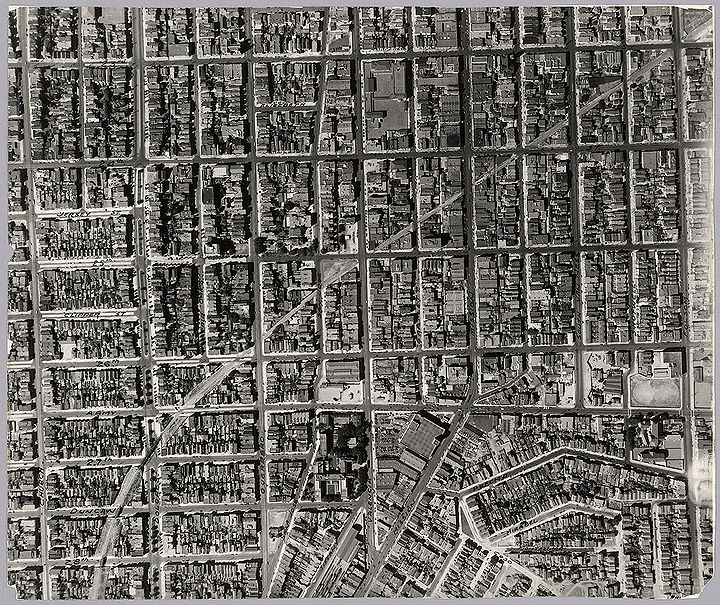 Train route clearly visible through the Mission leading to the Bernal Cut in this 1938 aerial photograph. 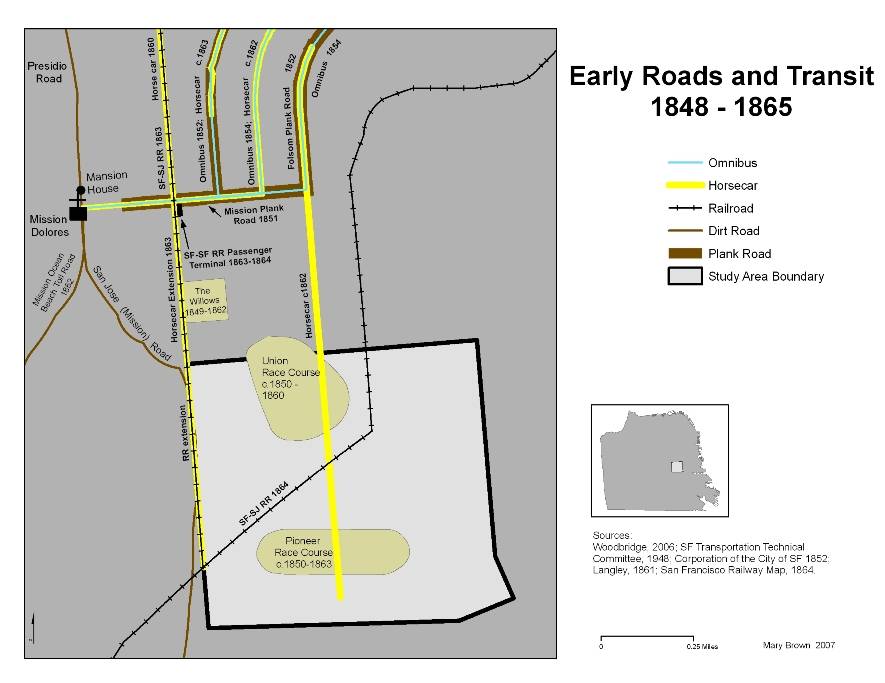