In March 2013 @sf_historian tweeted a Calisphere photo of La Lengua, Noe and Twin Peaks as seen from atop Bernal, supposedly 1906. It was taken from above what will become the Esmeralda stairs. 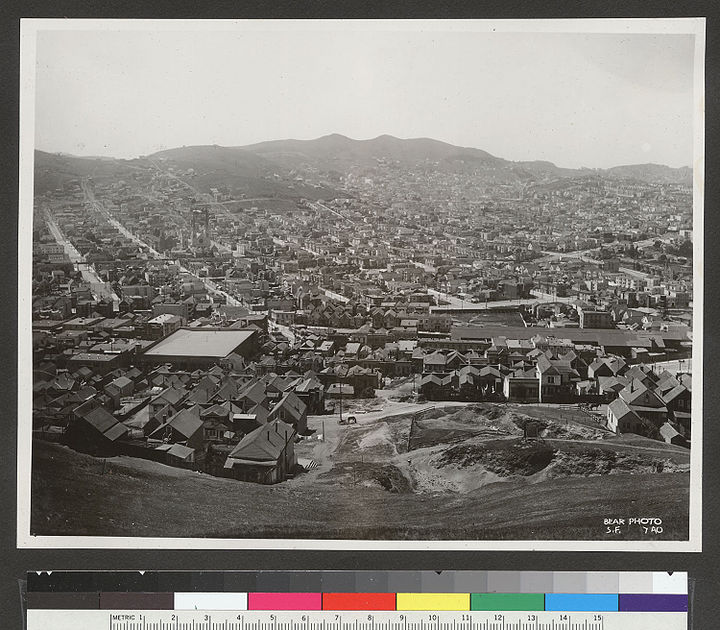 So much here! The old car barn on Valencia & Mission. The Railroad Hotel on Tiffany. The Southern Pacific rail trestles and berms through Noe Valley. Here’s an annotated version (click to zoom) 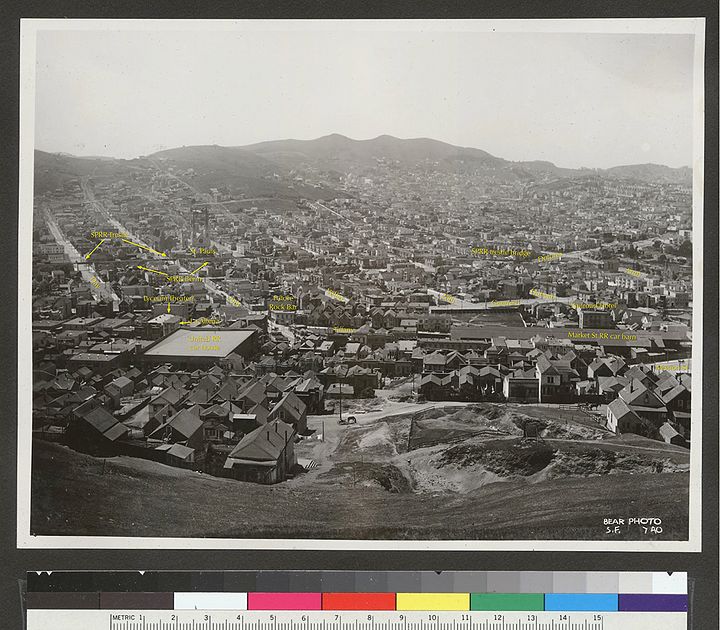 Some detail, cross-referenced with the 1906 Sanborn maps (via Maptcha and David Rumsey) 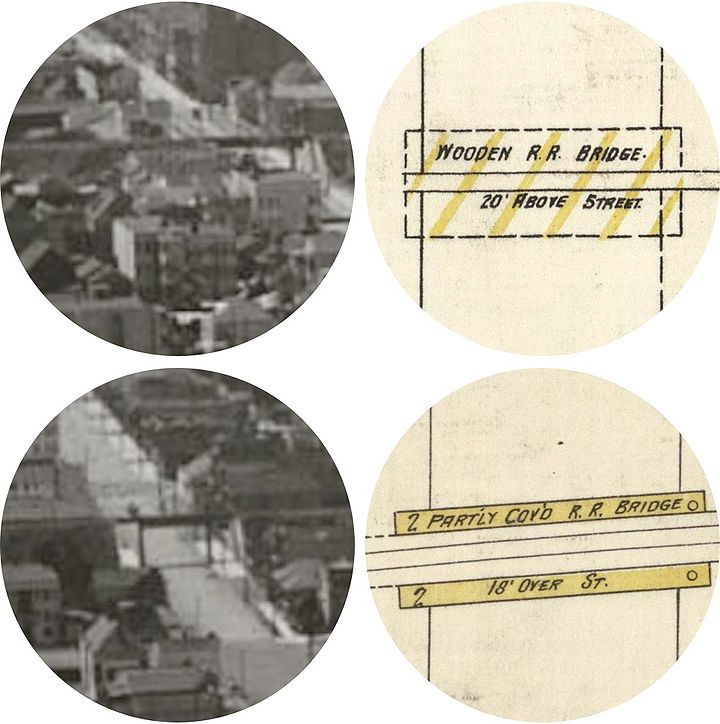 The future home of Rock Bar on the corner of Tiffany & 29th:

I’m pretty sure the building with the curved roof is the old Lyceum Theater (now the Safeway parking lot):

We’ve discussed the Lyceum in previous posts, and Bernalwood did a feature on them last week. However, the Lyceum wasn’t built until 1907, so this photo must have been taken after that. In 1905/06, the Safeway block was pretty sparsely populated: 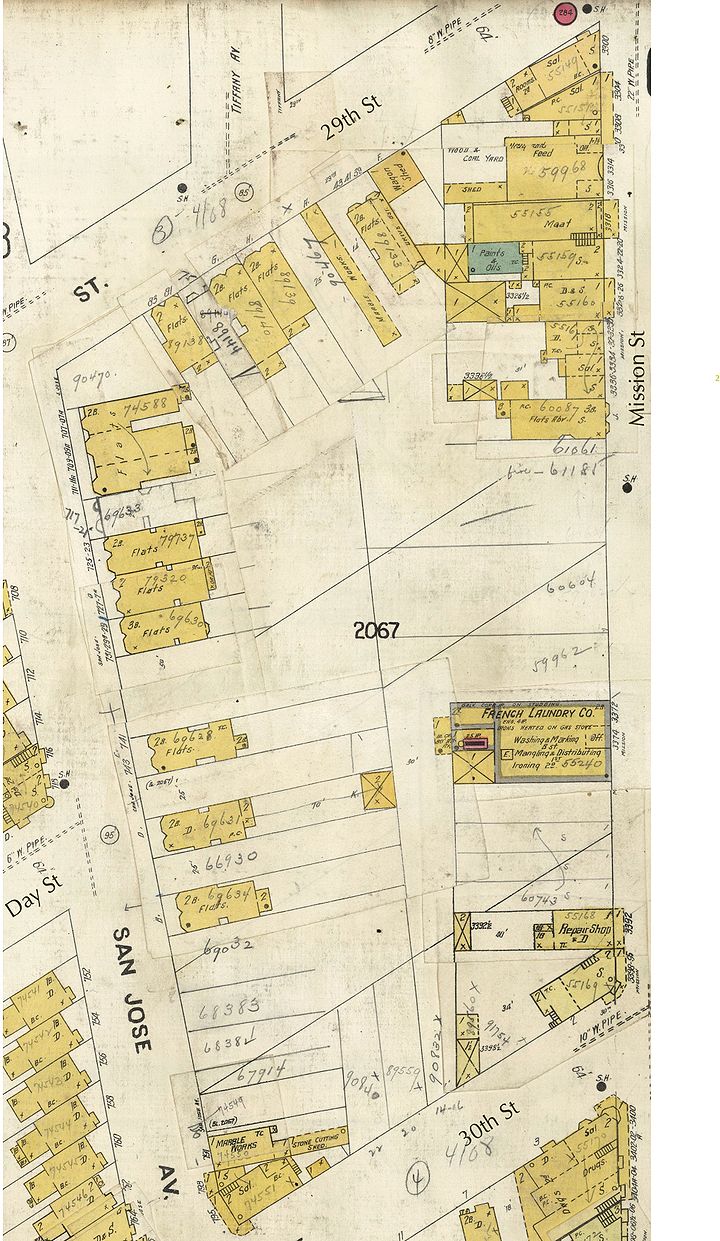 The building immediately to the right of the Lyceum is still standing — it’s now La Alteña Taqueria.

which once had a bowling alley!

Half of the east side of Tiffany Ave was taken up by the United Railroad car barn (previously Market St. Railroad).

The buildings along the 3200 block of Mission Street that backed up onto the car barn are still standing: 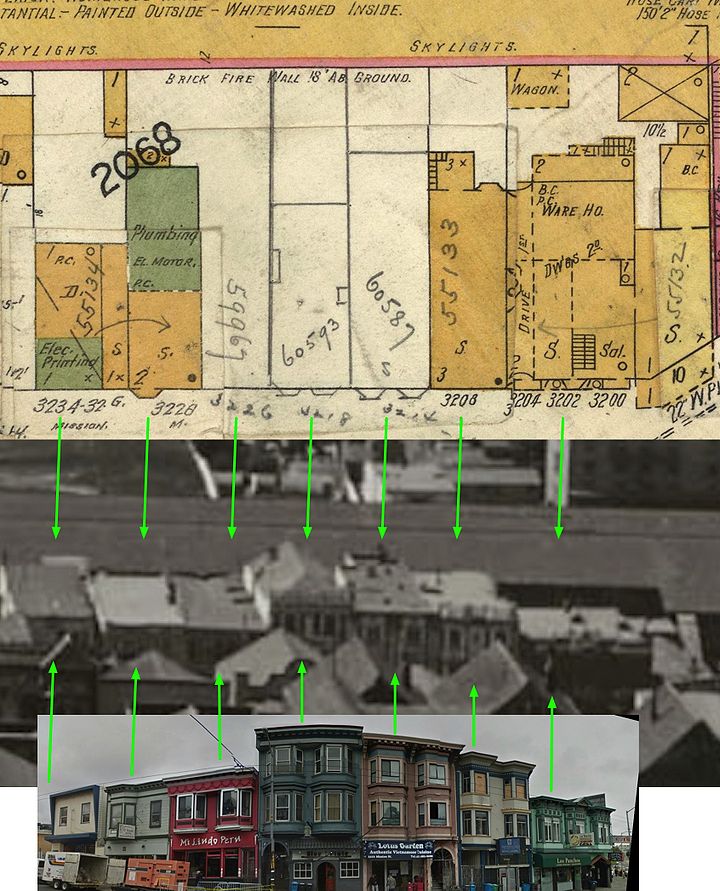 And the old wall of the car barn is what you see when you eat in the back of Blue Plate!

Here’s a picture of the car barn looking south up Tiffany, via Paul Trimble: 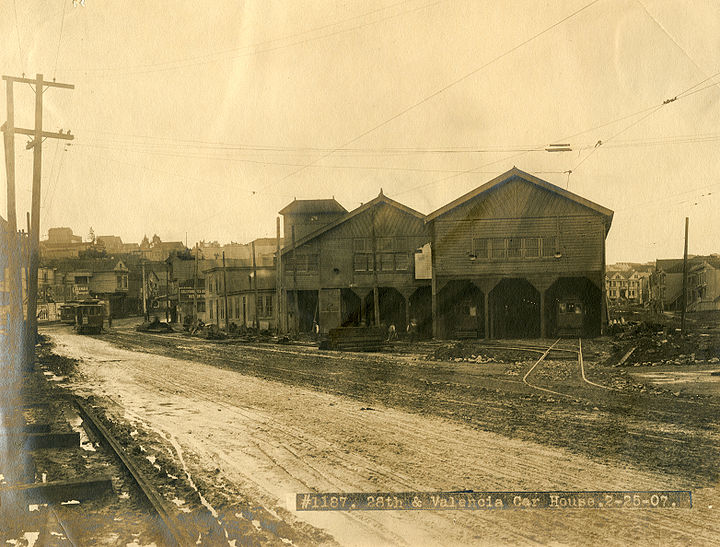 Across the street from the car barn was the “Railroad Hotel”, a 30 room boarding house. Built in the 1880s, it was once known as the “Cable House”, and was torn down in the 1920s. 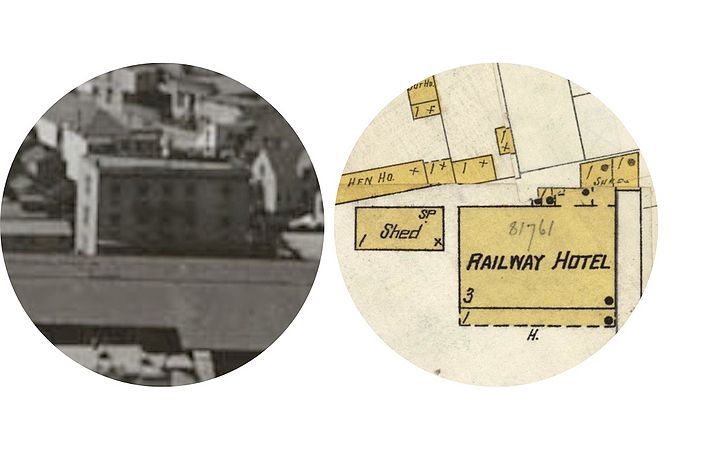 Looking through the archives, all sorts of crazy-ass things happened at 24 Tiffany. Seriously, they could have made a reality TV show about it. If you ever time travel and stay at the Railroad Hotel, it’s best to not leave your things out: 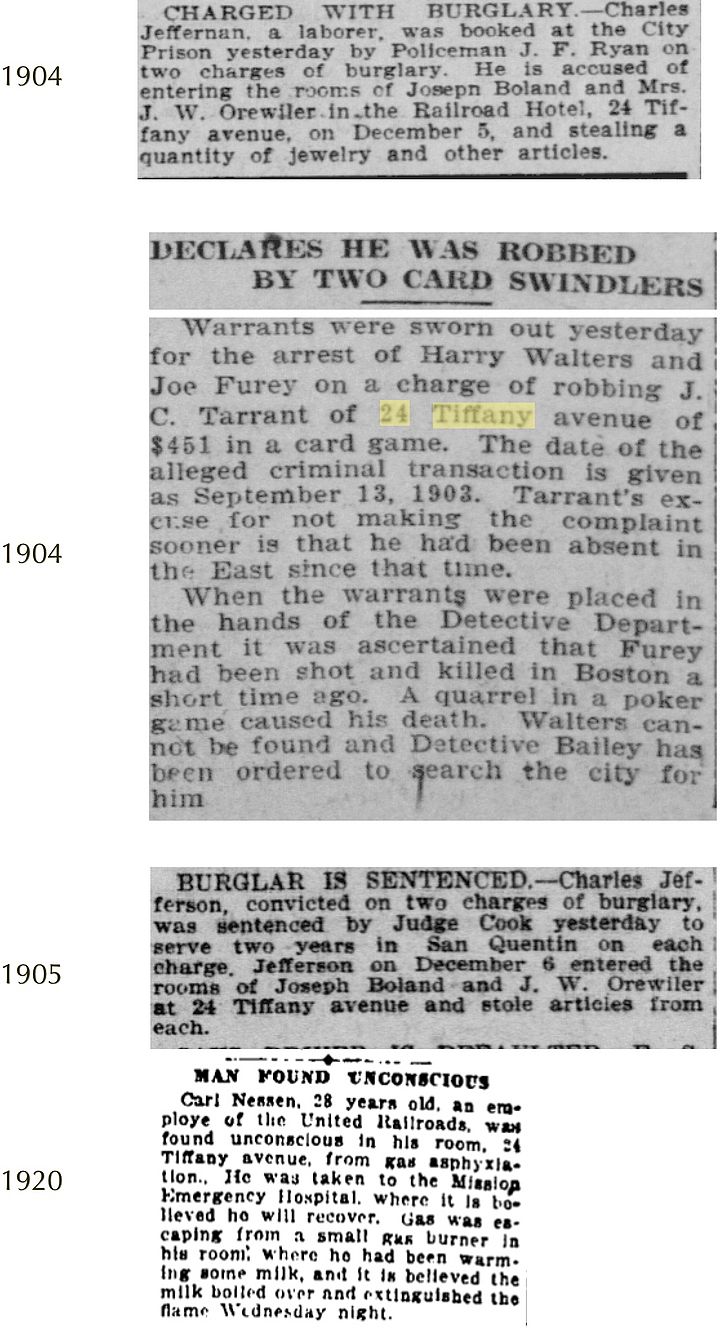 Rather than merely passing out from gas, the “hard drinking” Hugh Lynch mistook his window for the door and fell to his death from the 3rd story of the Railroad Hotel in 1899:

In 1906 you could have caught Leah Kleschna stealing your things: 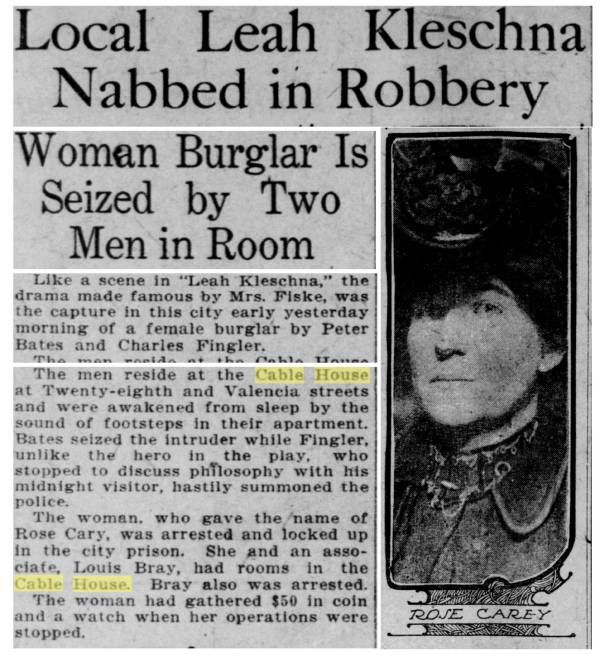 In 1894, bartender Thomas McCann shot himself in his room. 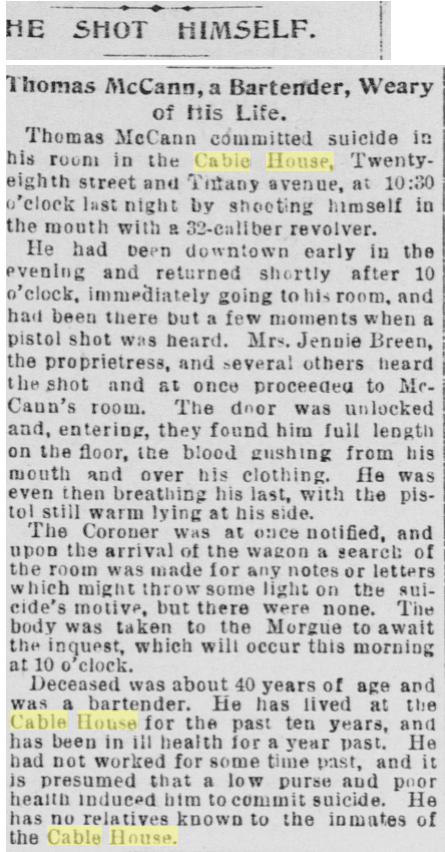 In 1920, Cecil Wave Breck, the 15 year old daughter of residents of 24 Tiffany, ran away with a Canadian electrician to Chicago to become an actress.

(Anyone in Chicago want to look up George M. Forest?)

Unsurprisingly, the boarding house was looking for sober cooks and waitresses, and advertised “surprisingly low rent”.

Anyway, let me know in the comments if you find anything else interesting in the photo, like these horses hanging out on the unpaved streets of Bernal Heights: