Moving Victorians in the Fillmore 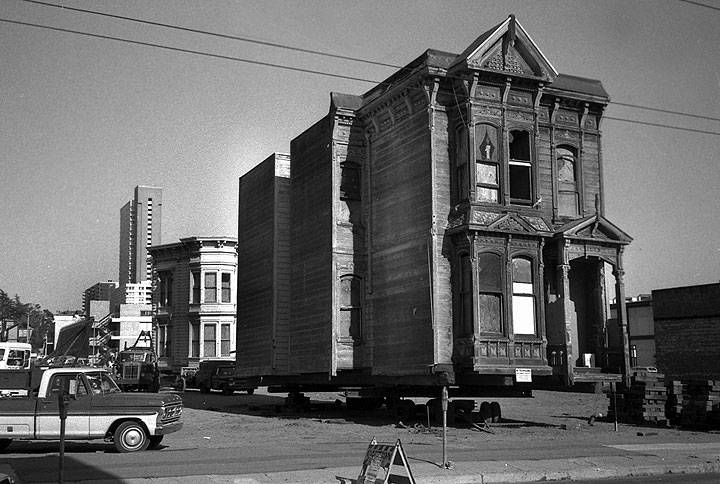 
In 1947, the San Francisco Planning Department issued a report with plans for redevelopment in the Western Addition, including the Fillmore. The district had become a center of jazz and grand Victorian architecture, but overcrowding and the high proportion of low-income black families led critics to declare the area as blighted. Besides, proximity to the financial district made the Fillmore ideal for new apartment buildings and high-rises. The San Francisco Redevelopment Agency promised to replace what was “considered a slum with a nice new neighborhood.”(1)

The redevelopment occurred in two phases: the A-1 and the A-2 projects. The A-1 project cleared entire blocks beginning in 1956, and quickly, the destruction of the neighborhood’s character, including its architecture, was apparent. As a result, when the A-2 project was announced in 1964, there was more opposition by residents, sympathizers, and pioneers of historic preservation.(2) These protestors had a few successes, including the relocation of twelve Victorians homes; but ultimately, 2,500 Victorians were demolished.(3) Today, “there is hardly an example of noteworthy architecture in the area, particularly considering what the new buildings replaced..."(4)

Rise of architectural preservation to save the Victorians 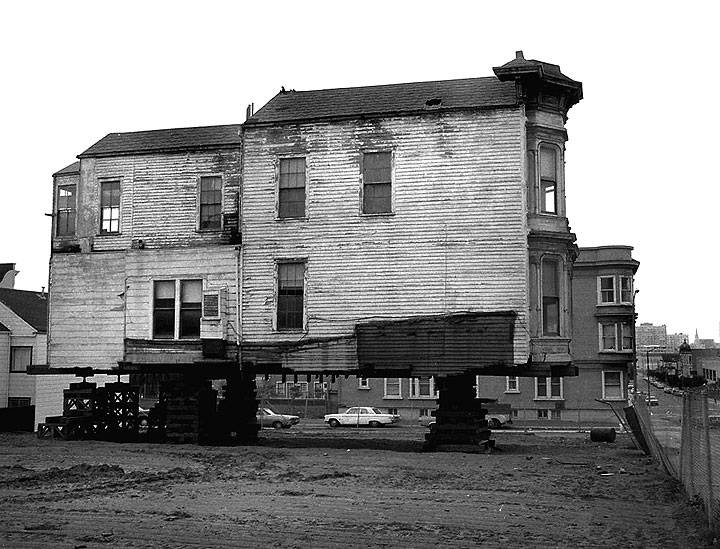 Before the 1960s, rehabilitation and preservation of architecture was not the norm. In addition to demolition, the legacy of Victorian architecture was threatened by a “modernizing trend” of careless alterations and additions.(5,6) However, a newfound respect for the city’s architectural heritage began concurrent with the Fillmore’s redevelopment. In 1961, the Redevelopment Agency gained a new objective: to preserve buildings of architectural or historic significance. This was a remarkable shift, considering the Redevelopment Agency was in charge of the A-1 and A-2 projects. In fact, the program for the A-2 project included the rehabilitation of Victorian houses west of Fillmore Street—though this did not prevent the destruction of many others.(7)

During the 1960s, the city’s first architectural surveys were performed, the Planning Department added preservation goals, and the Landmarks Preservation Advisory Board was created.(8) Yet, Charles Hall Page and Harry Miller were still unsatisfied. Landmark buildings needed greater protection, so in 1971, Page and Miller created San Francisco Architectural Heritage. They hoped to preserve the city’s architectural legacy, starting with the Victorian houses in the Western Addition.(9) 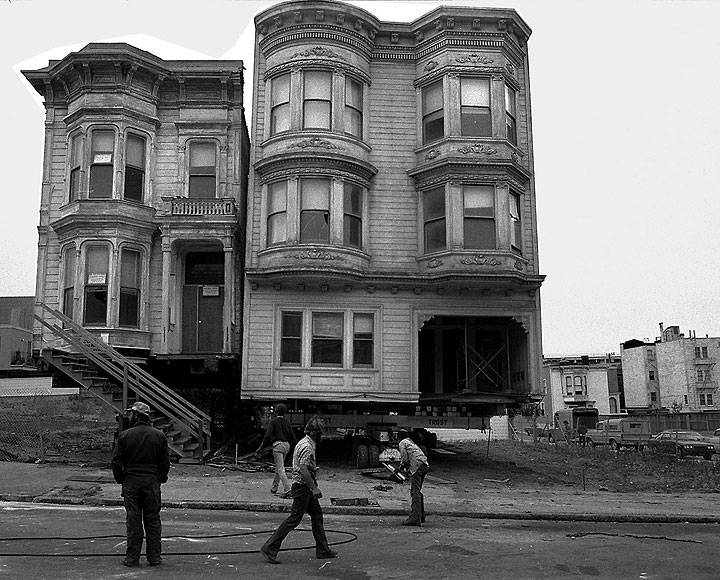 In November 1974, the houses were moved in groups of four over three weekends. Most of the houses started from the block that currently houses Opera Plaza and traveled approximately one mile to their final destinations. Eight of the homes joined existing Victorians to form the Beiderman Place Historic Area. 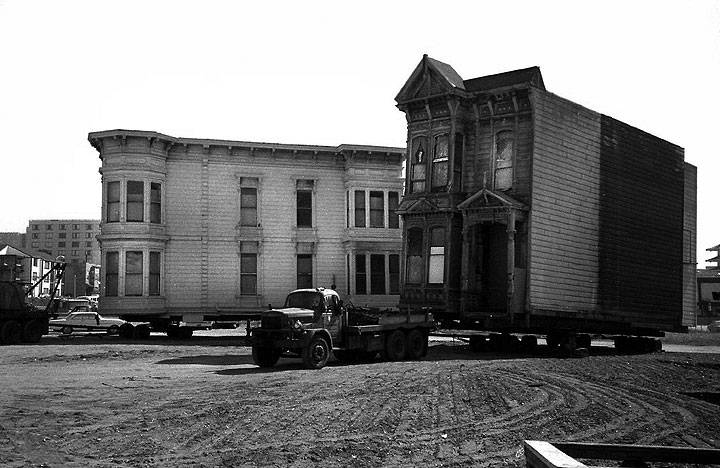 Onlookers compared the move to a military operation. Utility crews accompanied the houses to move power and telephone lines, cut trolley wires, and remove streetlights. According to the San Francisco Chronicle, there were also thirty motorcycle police and thirty tow trucks to clear the path.(13) As they moved, the houses appeared like great ships “moving through some inland waterway.”(14)

This was the largest moving project in San Francisco’s history. It took eighteen months to reach an agreement, twenty months to begin relocation, and one month to move the houses, but the Victorians were saved.(15) 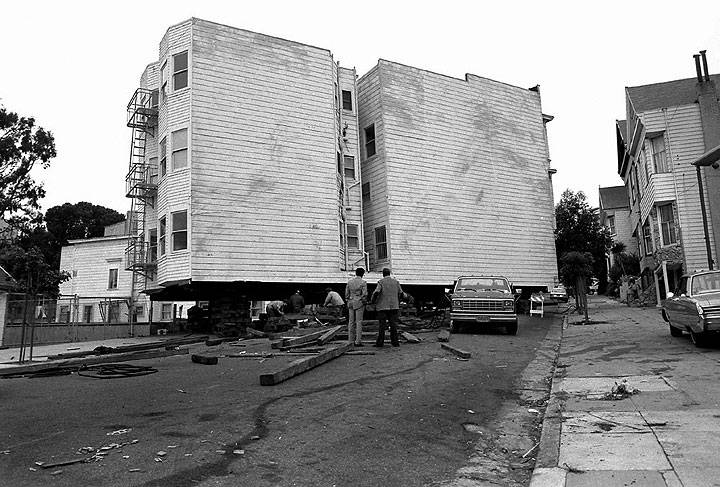 The relocation of the Victorian homes was not without its problems. First, many of the homes were moved to lots where other Victorians had been demolished—a bittersweet victory.(16) Second, relocation of individual buildings was not the ideal solution. Relocation did not preserve the character of the area, and a piecemeal strategy tends to be less effective than a comprehensive one.(18) Third, the new homeowners and the members of the Landmarks Board, Heritage, and the Redevelopment Agency were predominately from the white, upper middle class.(19) The homes may have been saved, but there was resentment among the Fillmore’s low-income black residents.(20)

Nonetheless, the relocation of twelve Victorian homes was a great victory for architectural preservation. The young organization gained a high level of visibility due to national press coverage, winning public support for future preservation efforts.(21)