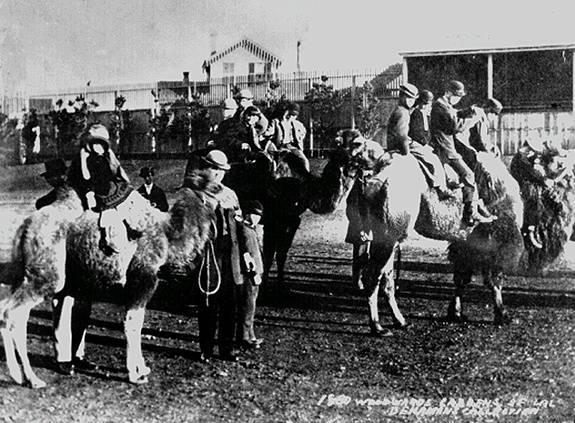 The variety of names, denominations, and ethnic affiliations [in 19th century South of Market] belies the notion that Tar Flat was an Irish area. It was not unusual to find a single household with members from Scotland, Ireland, and Saxony. A given block would have residents of several different national origins. In one 1880 census tract near the historical society site, for example, 330 inhabitants of all ages included over one-third born in California, most of them children; 23 percent were born elsewhere in the United States, 37 percent in foreign countries. At 18 percent of the total, Irish were the most dominant ethnic group in this census tract, but the German-Austrian group and the English-Scotch accounted for 6 percent each. There were also ten Scandinavians, six Canadians, one Italian, one Mexican, and six Chinese.(23)

The Irish label mistakenly attached to the nineteenth-century South-of-Market district resulted, first, from sheer numbers; the area had no majority ethnic group, but the Irish were the most numerous minority. They dominated the bars and many labor organizations and ran the politics of the area. Most of San Francisco's nineteenth-century political bosses were of Irish extraction: David Broderick in the 1850s, and Bill Higgins, Sam Rainey, Christopher "Blind Boss" Buckley, and Martin Kelly in subsequent decades. Their henchmen were experts at stuffing ballot boxes and frightening voters.(24)

Another force behind the Tar Flat Irish mythology was the anti-Catholicism deeply rooted in United States history. This prejudice widened the split between haves and have-nots, natives and immigrants, capital and labor, elite and uneducated, reformers and political bosses. Ethnic and religious intolerance played a part in the vigilante actions led by a wealthy Protestant merchant from Kentucky, William T. Coleman, in 1851 against Broderick and others, in 1856 against Broderick's lieutenant, James P. Casey, and others, and in 1877 against Dennis Kearney and the sandlotters.(25)

Finally, after the 1906 earthquake and fire had destroyed the neighborhood, nostalgic writings concentrated on its Irish heritage. The South of Market Journal, a monthly published from 1925 to 1941 for the South of Market Boys political club, catered to those who had grown up there, especially Irish community politicians. San Francisco Chronicle columnists Edward A. Morphy (1916-1920) and E.G. Fitzhamon (ca. 1928) concentrated on the recollections of fellow members of the Irish community. What was chronicled became popular history.