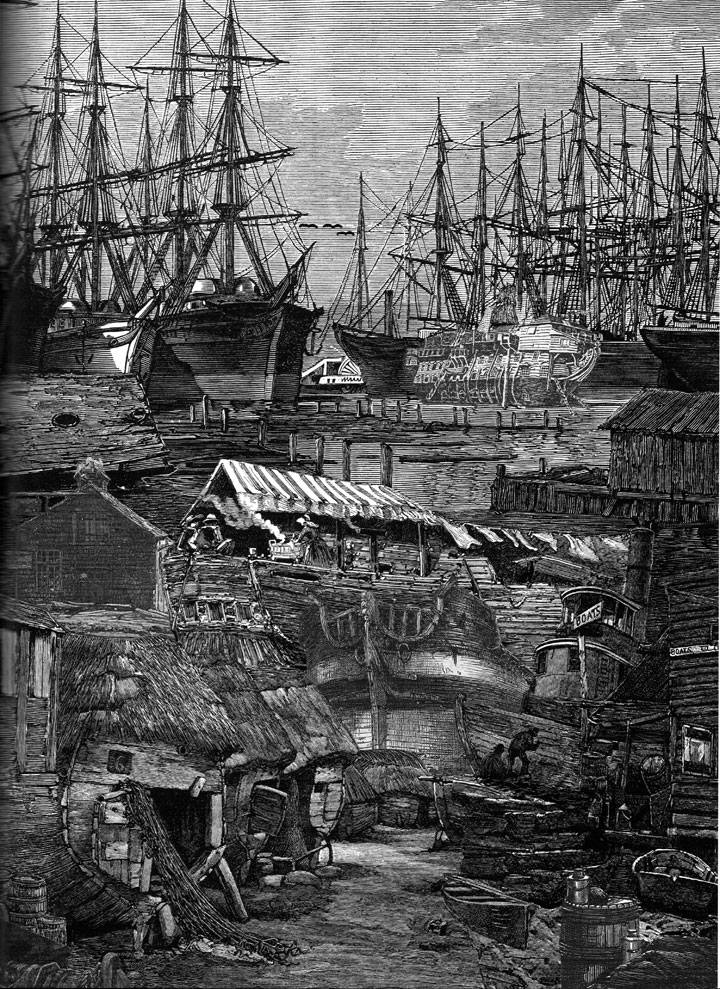 A ship dug up in 2005 at Spear and Folsom was discovered to be the Candace, an 1830s sailing ship that had found its last anchorage under the growing city.

These are the finished buildings on the site above where the Candace was found. 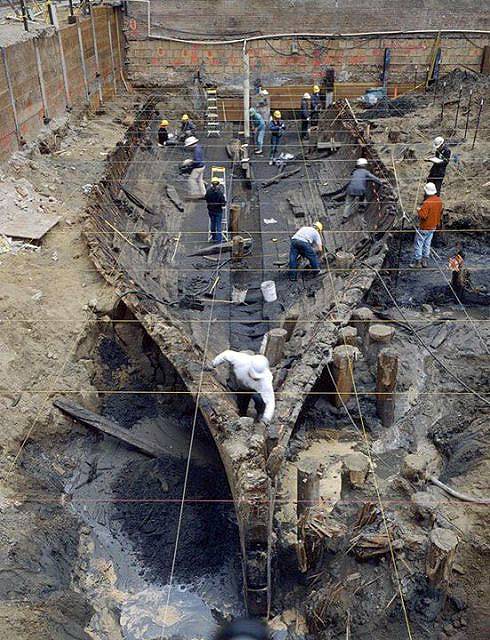 The remains of the General Harrison, found in 2001 under 425 Battery Street at Clay.