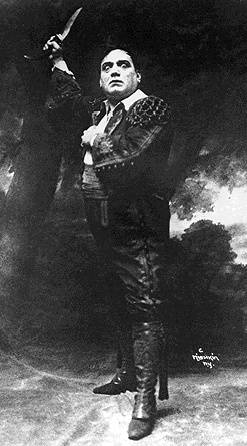 San Francisco has always been an opera town. Even before the construction of the War Memorial Opera House in 1932, there had been performances in the Adelphi Theater, Grand Opera House and the Tivoli, a former beer garden. The great tenor Enrico Caruso was in town to sing the opera Carmen the night before the great earthquake of 1906.

A sizable Italian population accounted for much of the interest and original formation of the San Francisco Opera. Gaetano Merola, a Neopolitan, was responsible for organizing and conducting the first concert in the 1920s. In 1918 plans were drawn for a permanent hall for symphony and opera , but by the end of 1919 less than half of the funds had been secured. When it was suggested that the project be turned into a war memorial as well, support began to gather beginning with a mass meeting in 1920 at Civic Auditorium, which raised over $2 million. The original plan proposed the St. Ignatius block for the site. But it was later seen as too small for the ambitious structure. A warehouse was being planned across Van Ness Ave. from the City Hall--a structure which the city fathers were considering less than aesthetically satisfactory. That block was eventually procured for the opera house. Squabbling went on for more than a decade regarding the design of the opera house and how much space would be allocated to veteran's affairs. The structure was finally begun in 1931 and the San Francisco Opera played its 1932 season in the new building known as the War Memorial Opera House. The house opened with Merola conducting a performance of Puccini's Tosca.