Listen to an audio description of the Labor Temple that once filled the Redstone Building, part of the "Bending Over Backwards" walking tour: 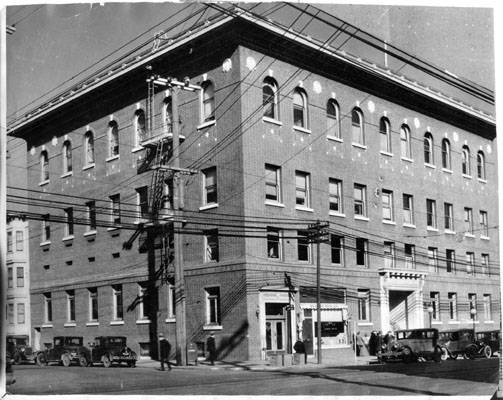 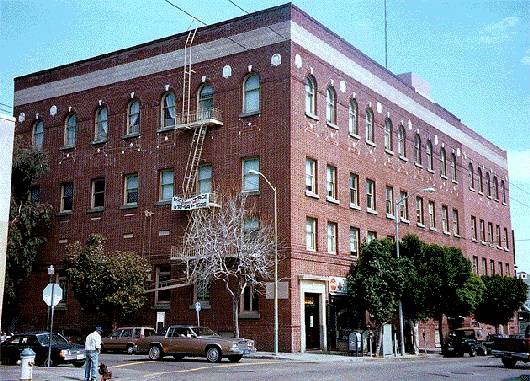 The Redstone Building at 16th and Capp Streets, 1997. For decades the Labor Temple, now home to numerous alternative political and arts groups, its lobby is adorned with a series of historic labor-theme murals.
Photo: Chris Carlsson

The Redstone building played a significant role in the 1917 United Railroads streetcar strike as well as the San Francisco Maritime strike that led to the 1934 San Francisco General strike for better working conditions for all workers. The Redstone has been designated San Francisco's 238th landmark.

Based on six months of historical research about the former San Francisco Labor Temple, headquarters of the Labor Council and home to the Labor Clarion newspaper and numerous locals from 1914 to 1968, this twelve mural project includes six murals on labor themes, including the 1934 general strike, the organization of Chinese garment workers in 1938, the department store strikes of the early forties and the career of Dow Wilson of Painters Local 4, who was assassinated in 1966. This mural was organized by the Clarion Alley Mural Project with a grant from the Creative Work Fund. 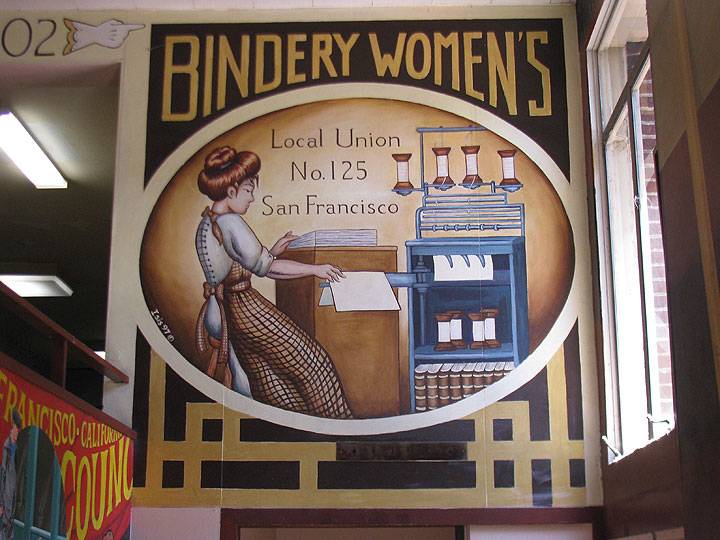 Isis Rodriguez’s illustration of the Bindery Women’s Local 125, which occupied the building in the early 1920s. 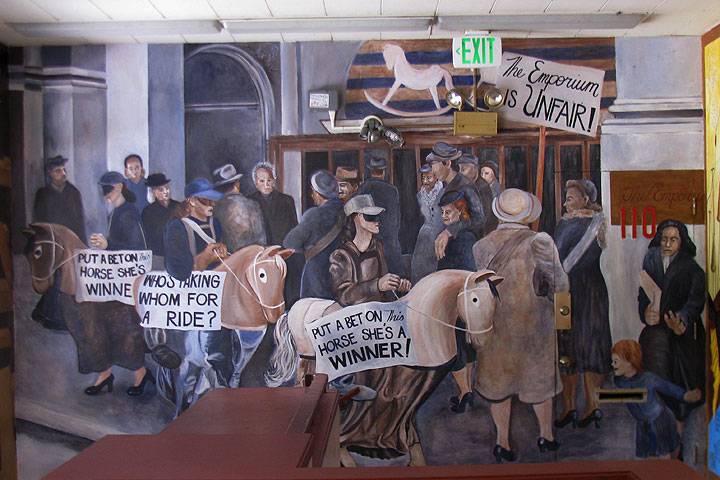 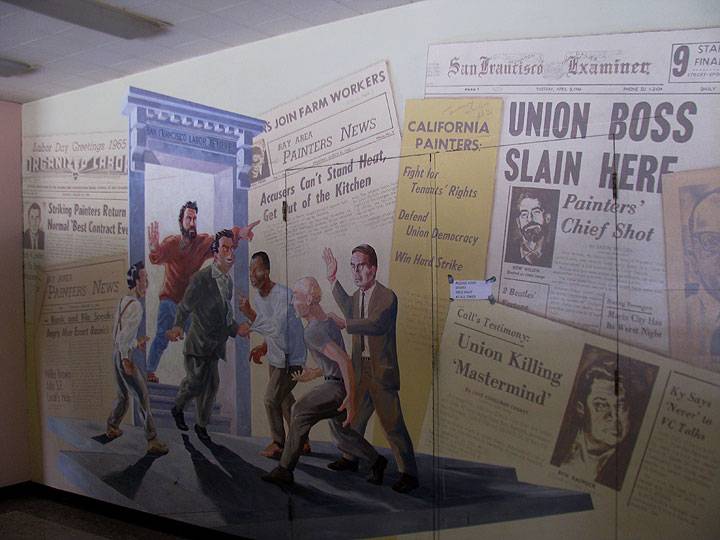 Aaron Noble’s piece illustrates two important moments in the City’s labor history—when the corrupt union official Ben Rasnick was thrown out of the Red Stone Building by Dow Wilson (depicted here); and, later, when Wilson was murdered by shotgun fire on April 5, 1966. 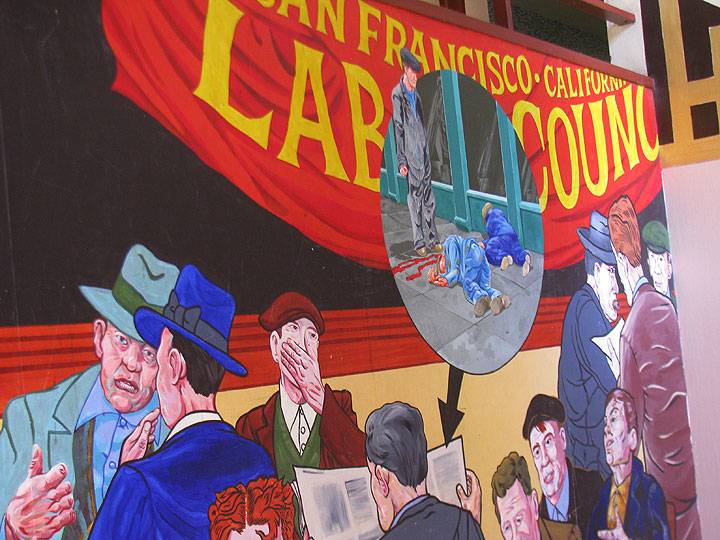 Detail from Chuck Sperry's mural focusing on the 1934 strike.