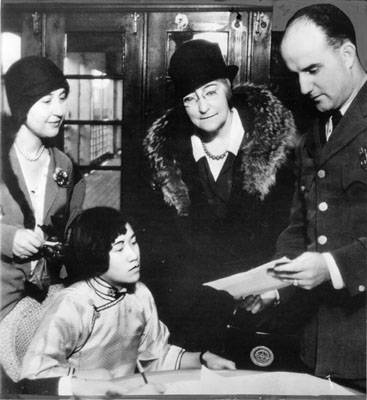 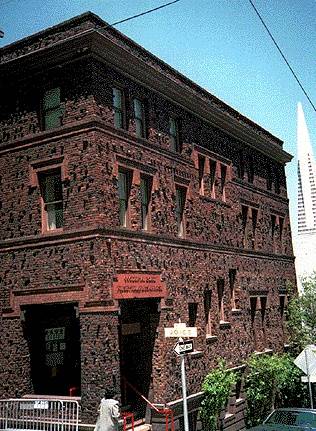 This substantial building at 920 Sacramento Street, known as the Donaldina Cameron House, ranks high among San Francisco’s allegedly haunted locations. While ghostbusters can produce an impressive list of other frequently seen apparitions—for instance, the woman in white at Stow Lake, said to be searching for her toddler who drowned in a boating accident; and the appearance in the lobby mirror of the Curran Theater of the ghostly image of a ticket taker, murdered there in the 1930s—none of these sightings compare in poignancy and cultural significance with the demise of the young Chinese women whose eerie personages are said to revisit the building after being burned to death here behind a locked door.

Here’s how this tragedy happened. Donaldina Cameron, a 19-year-old New Zealander, arrived at this address in 1888, then the Presbyterian Mission House, to teach sewing to residents of the mission, all young Chinese girls. The Mission House had not been these girls’ first stop in the United States. Most of them had been shipped from China at a prepubescent age to work as indentured servants in San Francisco. Others had been kidnapped and sold as household slaves. In both cases, when the girls reached womanhood, their lives entered a new chapter. They were sold into short, violent, and miserable lives as prostitutes, a “career” that offered a life expectancy of about five years. 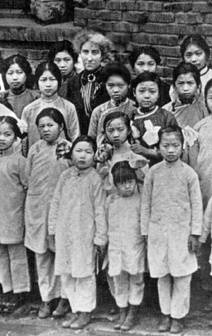 Donaldina Cameron with some of her charges.

The Presbyterian mission was committed to rescuing these young women, but with the arrival of Donaldina Cameron the organization’s commitment became a fervent cause.

Cameron had an uncanny knack of smelling out the brothels, often hidden behind trap doors. Sometimes enlisting the help of the Chinatown police squad, she would be engaged in action-movie type chases over rooftops and down dark alleys. To the tongs, the criminal organizations that bankrolled the brothels, Cameron was Fahn Quai, the white devil, and “the Jesus woman,” who, they told their captives, would drink the blood of the liberated girls to keep up her vitality.

Cameron, while not a blood drinker, did indeed have an agenda: to convert her emancipated charges to Christianity. She rescued and educated an estimated 3,000 girls. While many took positively to the transformation, calling Cameron Lo Ma, (little mother) and even naming their children “Donaldina,” others ran away from the home.

The Mission House was regularly under assault, sometimes by the brothel owners, but also, ironically, by the police sent by the powers-that-be to roust “illegal aliens.” So in 1908, after the mission was demolished in the 1906 earthquake and fire, Cameron made sure the basement of the new structure was constructed with hidden passages behind which the girls could hide. Some years later, when a fire broke out, several of the girls were trapped and burned to death in the very rooms that were supposed to keep them safe. It is these unfortunate souls that are believed to have been left behind to haunt the premises. While today Cameron House acts as a neighborhood social service center, the doors to the basement remain sealed. Knowledge of this disaster has pretty much passed into history except for an occasional sighting of a wispy figure who appears, to believers in such things, to be reminding us of the tragic end of these ill-starred young women. 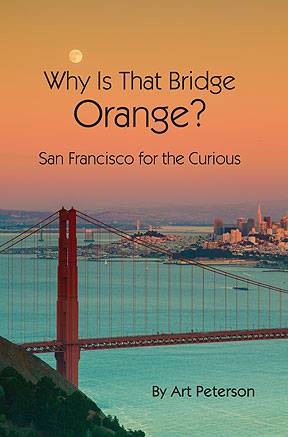