by the Northern California Coalition on Immigrant Rights 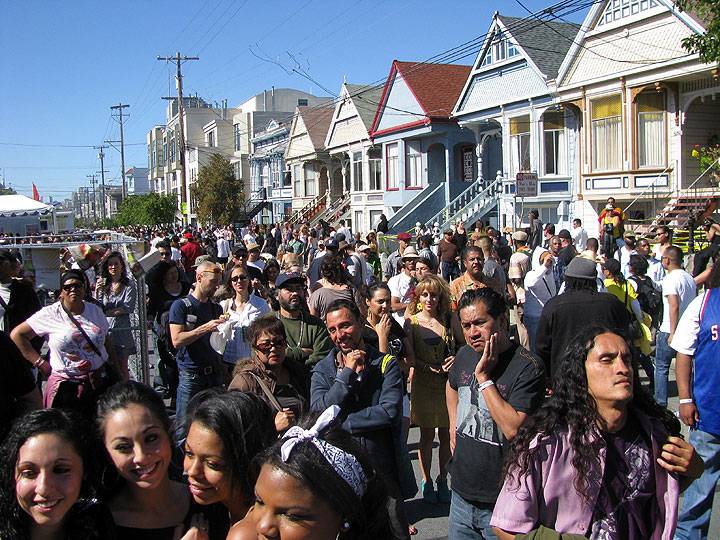 Revelers enjoy the sun on Harrison Street during Carnaval, 2010. 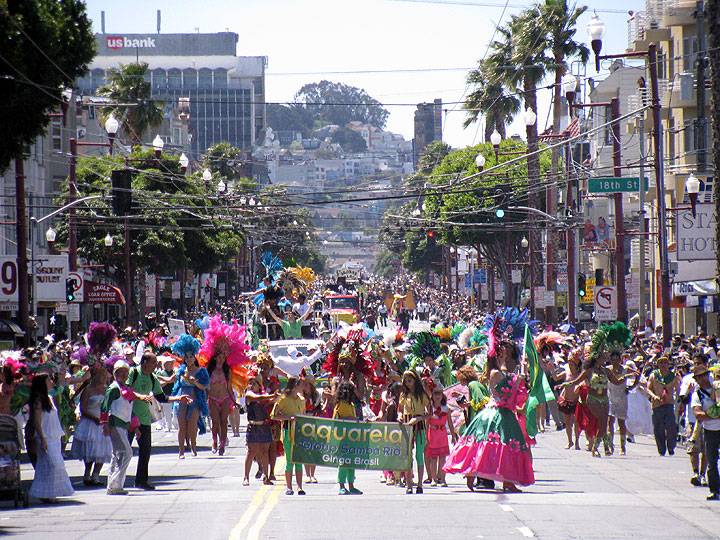 (See Roberto Vargas at minute 6:50 describing a police murder of a local friend, "They Blamed it on Reds".) 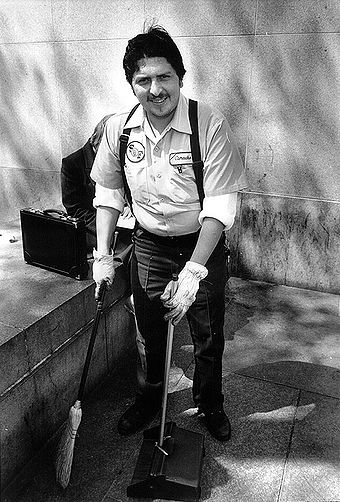 DPW street cleaner in the Mission 1990s; Photo: Rick Gerharter
The Mission District underwent yet another transformation after WWII when Italian and Irish families moved to the Sunset district and increasing numbers of Latinos began arriving in the Mission. Of course, many Latinos had lived in San Francisco for decades before, since the Gold Rush days and, prior to that, when California was part of Mexico and there were communities in North Beach and South of Market. Yet, unlike other Latino areas throughout the U.S. Southwest where most residents are Chicanos or Mexican Americans who have lived on their land for generations, the Mission has had a constant influx of newcomers from all over Latin America. Before WWII, many worked in restaurants (in particular, many restaurants owned by Italians), the service industry and in convalescent homes.

The need for shipyard workers during WWII encouraged the immigration of families from Latin America. Many lived in the Mission, but many also moved to Bernal Heights and Daly City, neighborhoods considered to be an economic and social step forward for Latinos. Bernal Heights was also close to the shipyards, where Latinos were receiving lower wages than whites. Proximity to the #14 Mission bus line was important to ensure access to the stores, entertainment and banks in the Mission. After the war, Latino veterans were able to use their G.I. benefits to gain access to some government jobs, particularly in the postal service, even while discrimination continued. The wages and pensions provided by these government jobs created a stable, working class in the Mission; other upwardly mobile Latinos left the Mission for more affluent neighborhoods.

Many Mexicans first migrated north to the U.S. after the Mexican Revolution in 1910. Due to WWI, expanding industry and agriculture, and immigration laws in the early 1920s that limited immigration from Asia and Southern and Eastern Europe, and the demand for cheap unskilled labor, many Mexican immigrants moved to urban centers in the 1920s. This move to urban centers was a pattern across the U.S. Another wave of migrants to the city came later, after the Bracero program from 1942 to 1964, which recruited agricultural workers from Mexico.

Many Salvadorans came to San Francisco in the 1960s, building on an earlier wave of immigration which followed the coffee industry from Central America to San Francisco. A right-wing coup in El Salvador, supported by the United States, led to increased repression and economic exploitation. Families fled from this and also sought better educational opportunities for their children. Nicaraguan immigrants came to San Francisco in the late 1970s escaping economic and political repression under the Somoza dictatorship. A second wave of immigrants came in the 1980s escaping the civil war between the new revolutionary Sandinista governments and those loyal to the U.S.-financed Somoza regime. Although many immigrants had college educations, they found prejudice, language barriers, and anti-Latino sentiment in the workplace.

Central American immigration has led to a history of cultural, economic and political cross pollination with Mexicans and Chicanos in the Mission that continues with recent Mexican immigrants.

In the 1970s and 1980s, urban renewal in the Western Addition and barriers in other areas, such as restrictive housing covenants in Daly City, pushed African Americans into the neighborhood. The diverse and constantly changing mix of communities in the Mission continues to this day. Other communities in the Mission include increasing numbers of Asian immigrants, both new arrivals and Southeast Asian immigrants moving from the Tenderloin. Some of these immigrants arrived with capital and are now small business owners in the Mission. White artists, activists and students are also living in increasing numbers in the Mission. Some parts of the Mission are undergoing industrial and commercial gentrification, pushing already high rents and property values even higher.

Given this history, it is important to recognize that, contrary to some people's perceptions, the Mission did not become a low income neighborhood when the Latinos moved in. It always was. St. Peter's always served predominantly low-income parishioners, and other communities who are economically and politically disenfranchised. 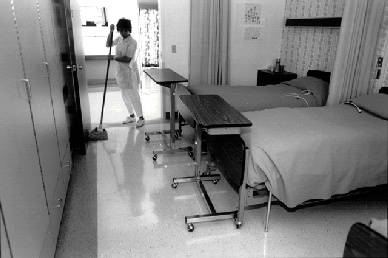 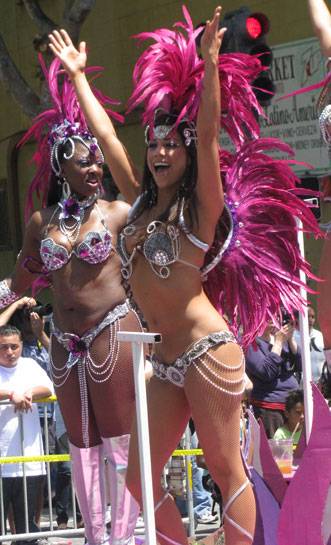