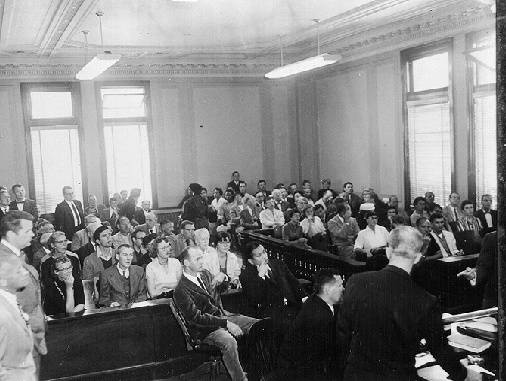 The Howl trial, 1957, Lawrence Ferlinghetti and Shigeyoshi Murao were defendants. 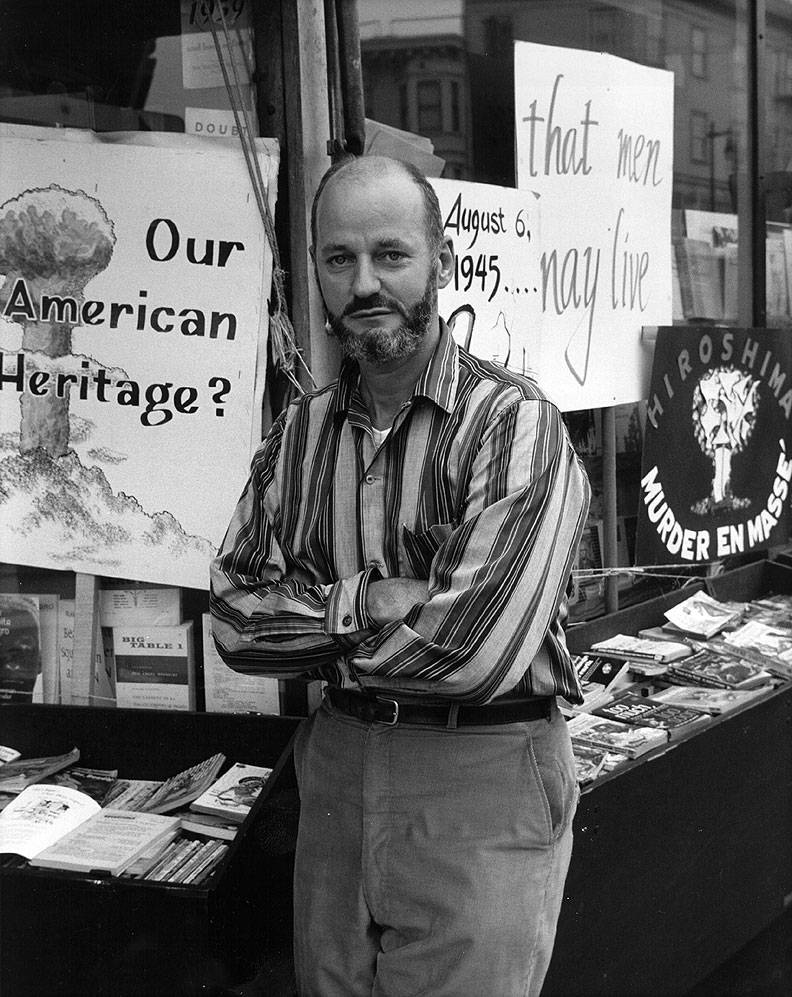 Lawrence Ferlinghetti, in 1959, a couple of years after the Howl trial.