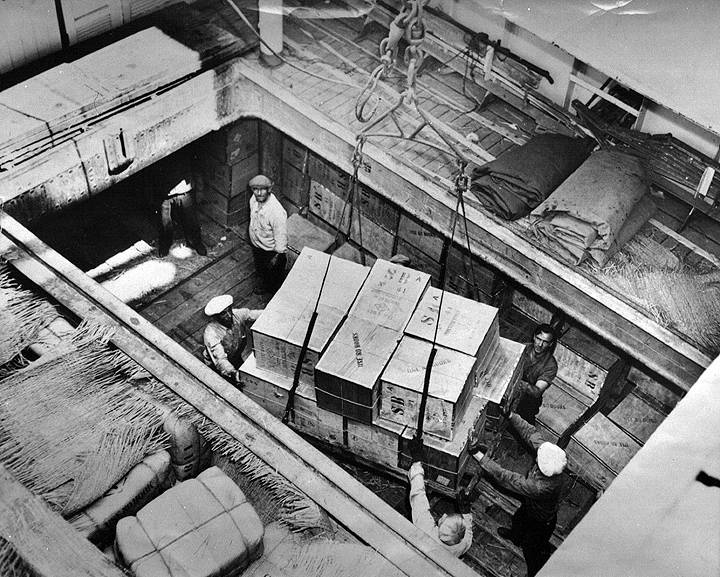 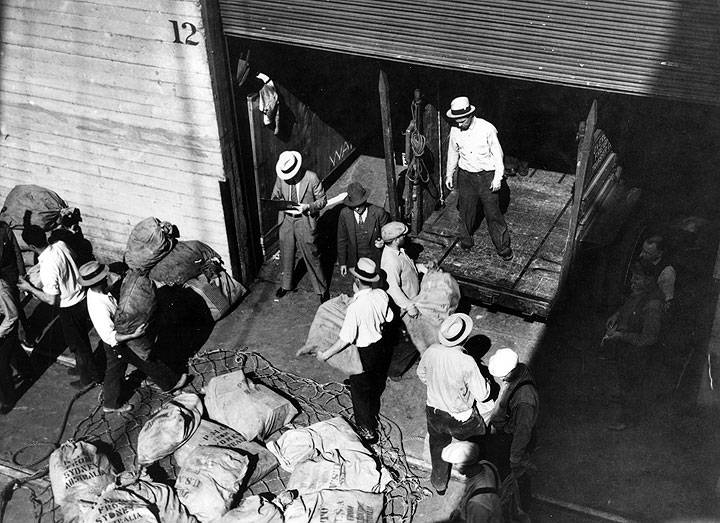 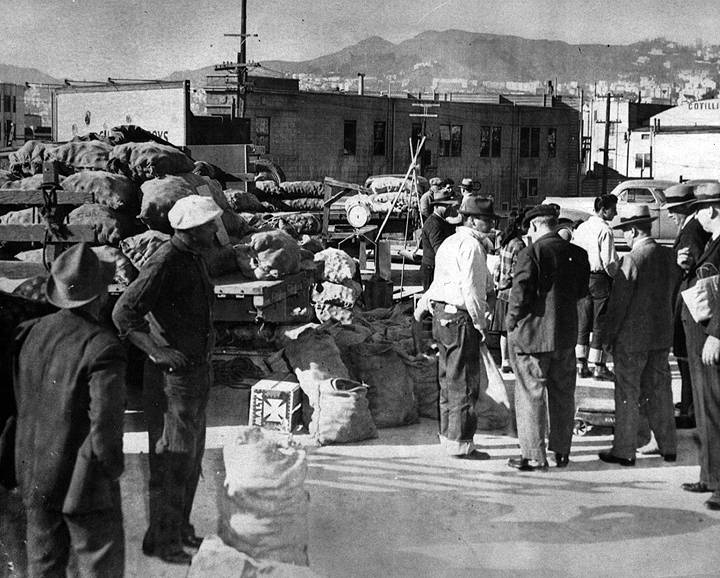 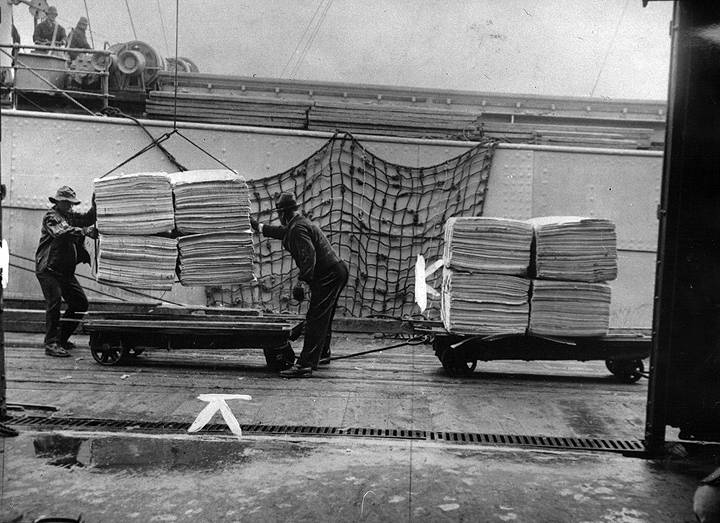 Longshoremen working a pallet of paper.