Hoodline is an online news publication that covers the issues, people, community organizations and local businesses that make up San Francisco neighborhoods. The following article is by Nuala Sawyer and was first published on July 21, 2014. 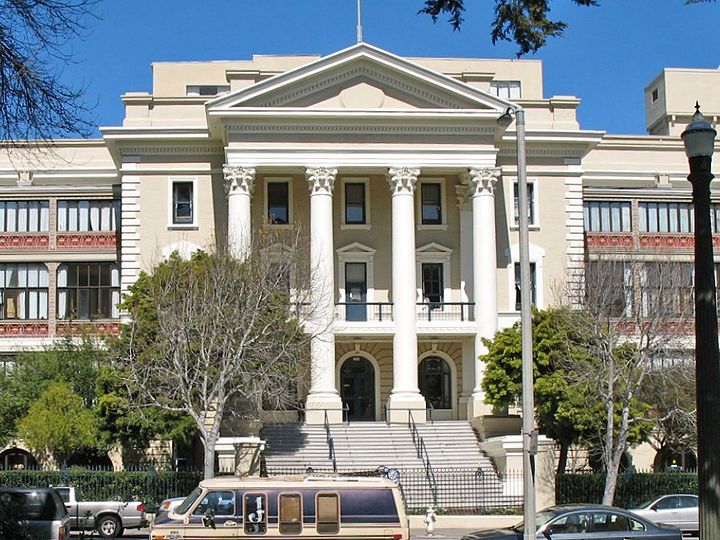 The once-upon-a-time Southern Pacific Hospital at Baker and Fell. 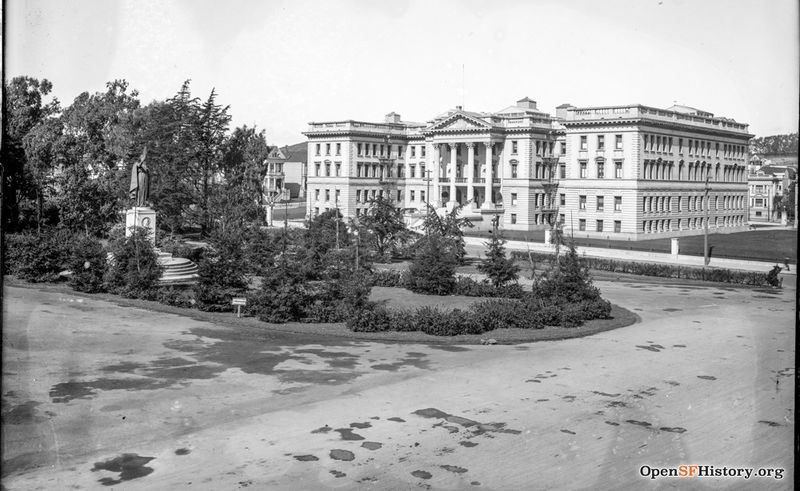 When biking through the Panhandle, driving down Fell or strolling through the neighborhood it's hard to miss the hulking presence of a series of buildings that take up an entire city block between Fell and Hayes, Baker and Lyon. The windows are filled with potted plants and small objects, giving a hint about who lives inside. But there's no sign or explanation of what the building actually is—just a large name and address stating "Mercy Terrace 333 Baker" above the doors.

What you're looking at is the former location of the Southern Pacific Hospital, and the present-day location of a subsidized senior housing facility.

To understand the history of the Southern Pacific Hospital, we first have to begin with the Southern Pacific Railway. As railroads were being built across the country at the turn of the 20th century, health care or insurance didn't yet exist for employees. Any injuries obtained while on the job were at the cost of the individual, and if those injuries occurred in a rural area with little to no healthcare both the employee and the railroad team were out of luck.

To solve the problem of having no reliable medical care in rural areas, railroads began employing doctors and nurses. Marking the beginning of our current health care system, employees could opt in to medical services with a payroll deduction, with the railroad keeping any leftover costs. This system worked so well that it eventually evolved into the building of railroad-specific hospitals that would service employees who had been injured on the site.

The building of the first Southern Pacific Hospital at 14th and Mission in 1899 was in response to the high injury rates of working on the railroad. It rapidly became one of the major medical centers for Southern Pacific's seriously ill or injured employees from all over the West. It also took in victims of train derailments, such as the famous The Great Byron Train Disaster of 1902, where 28 people died (including an entire Chinese wedding party).

Unfortunately a mere 7 years after it was constructed, the earthquake of 1906 hit, devastating the city. Shortly after the earthquake reporter James Hopper visited the hospital site and found the following scene of chaos:

“Carts, trucks, express wagons, vehicles of all kinds laden with wounded, were blocking the gates. Upon the porch stood two interns, and their white aprons were red-spotted as those of butchers. There were 125 wounded inside and eight dead. Among the wounded was Chief [Dennis T.] Sullivan of the Fire Department... .”

Once the subsequent fire spread through the Mission, the hospital was dynamited in an attempt to slow the fire's force. This is what remained: 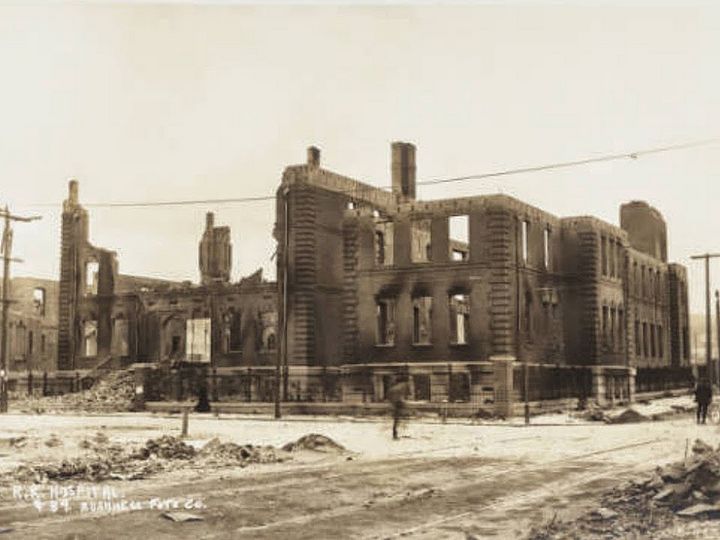 Two years later the city had begun to recover, and a new hospital was needed. Designed by Daniel J. Patterson and constructed in 1908 on Fell and Baker, the second iteration of Southern Pacific Hospital is San Francisco's oldest intact hospital. 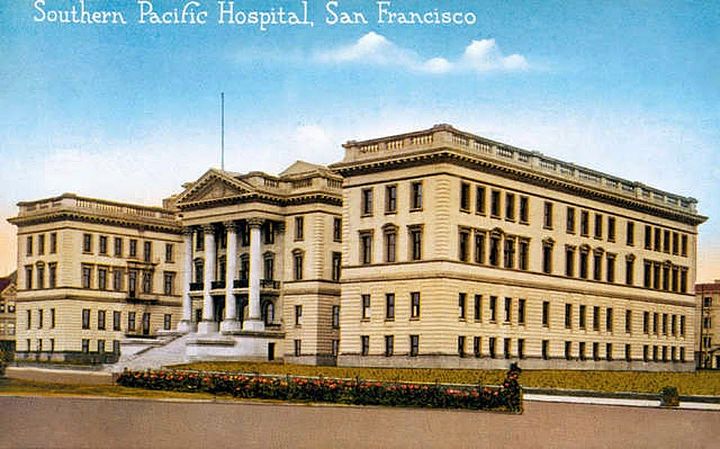 Built to be fireproof, the new hospital set the stage for comfort and modernity in its offerings. In a 1912 article from the Southern Pacific Bulletin a typhoid patient is quoted as being "full of praise for the quality of professional services and courteous treatment rendered him at the Company's hospital. He declared the Southern Pacific Hospital to be one of the very finest on this Coast."

As work on the railroad diminished, the hospital couldn't turn a profit and was eventually sold to a Dr. Upjohn in 1968. Renaming it Harkness Hospital, he sunk buckets of money into it with little return on investment. The building closed its doors in 1974.

The hospital fell into disrepair, and experienced graffiti and vandalism before being purchased by Mercy Housing. After an extensive interior remodeling, earthquake retrofitting and exterior maintenance, it reopened in 1981 as Mercy Terrace, an assisted living facility for seniors. Offering 158 subsidized apartments, its main entrance has been moved to 333 Baker Street.

In 1988 the old powerhouse, nurses' housing, utility building and social hall were slated to be razed and replaced with 62 units of low rise apartments. Local residents revolted, and the existing buildings were instead converted into 36 units of affordable housing called Mercy Family Plaza, with an entrance on Hayes Street. The entire project cost over $6 million and took two years to complete. The lease of the space from Mercy Housing runs for 99 years, in an effort to preserve the space long-term as affordable housing.

The project has been hailed as being a landmark case of historic preservation, and is an excellent example of adapting a space to fit modern needs.