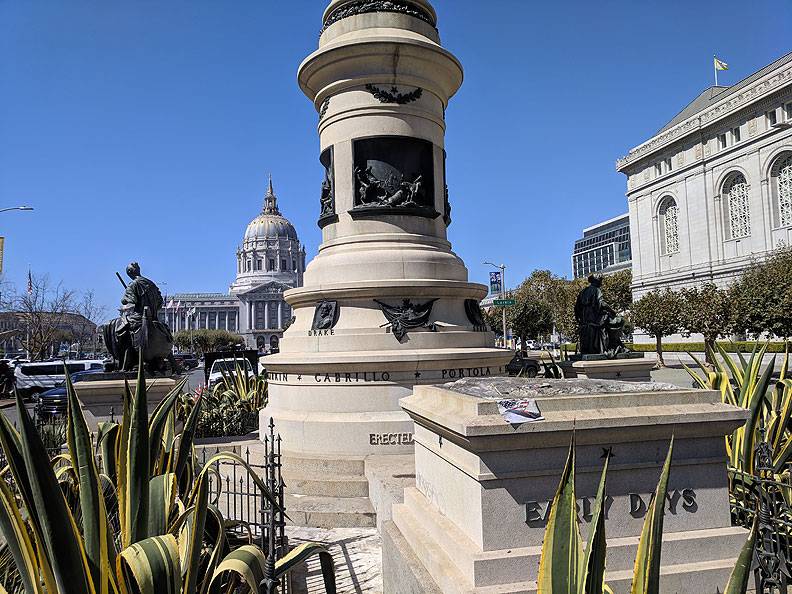 The empty pedestal that once held the "Early Days" part of the Pioneer Monument, taken down in September 2018.

For many years activists with the American Indian movement and other Native American spokespeople have decried the prominent display of the "Early Days" part of the Pioneer Monument in the Civic Center area. The protests reached a crescendo during the national conflicts over Confederate monuments and led to efforts to remove the statue. During the controversy a number of hearings were held. Here are Hugh D'Andrade's notes from which he gave a public comment at the SF Board of Appeals hearing on June 13, 2018:

The SF Arts Commission has recommended that this monument, which depicts the subjugation of Native peoples by white settlers, be moved from its current location, to be placed either in storage or some other, less prominent location. 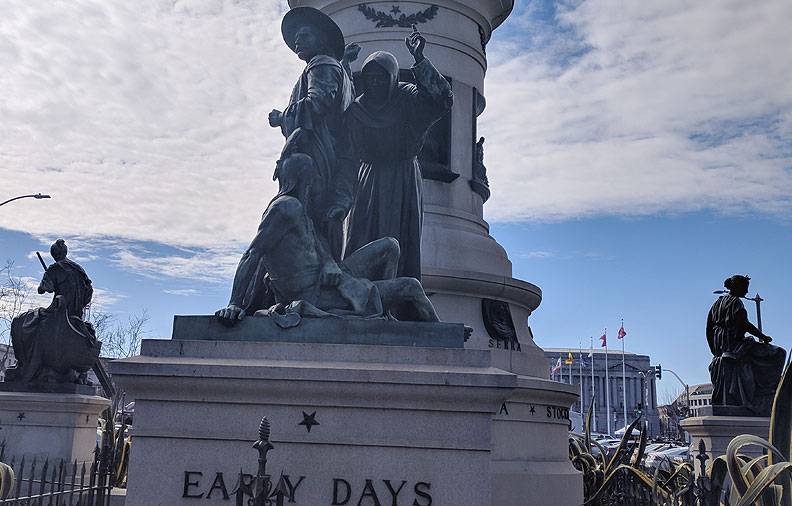 The disputed statue, removed in September 2018.

Free speech rights belong to the speaker. The “speaker,” in this case, is NOT the artist, Frank Happersberger. This work was made for the city of San Francisco, the city owns the work, and the city chooses to display it in its current location. The speaker in this case is the city of San Francisco. As a city, we are under no obligation to permanently display every artwork we own, nor are we under any obligation to display artworks permanently in their current locations. (The city has not always displayed this work in its present location — as you know, it was moved in 1991.)

As a city, we should not be engaging in any speech that actively denigrates, demeans, or insults an entire community or cultural group. We should not say racist things! If we are unsure, or if there is disagreement about whether certain speech is in fact racist, we should listen to the communities affected. In this case, Native peoples have been telling us for many, many years that this statue is racist, it is hurtful, it is unwelcome. Its depiction of history is false. We must listen to them.

Finally, I would like to say that this does affect me personally. I am not a Native person, but I have several beloved members of my family who are Native American, from the Tlingit tribe in Alaska. When I welcome them to this city, I do not want them to face that statue. I want them to know that they are welcome and respected here. As an artist, I know that art and symbolism matter. Art and speech matter. What we say with our free speech matters.

We, as a city, should not say racist things. Please vote to remove this symbol of hate from our civic center. Thank you. 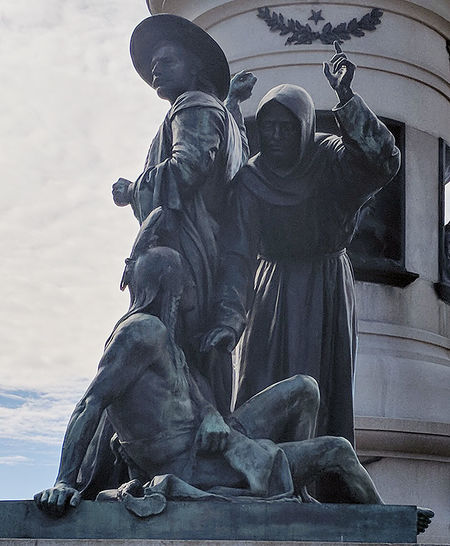 Close-up of the disputed monument. 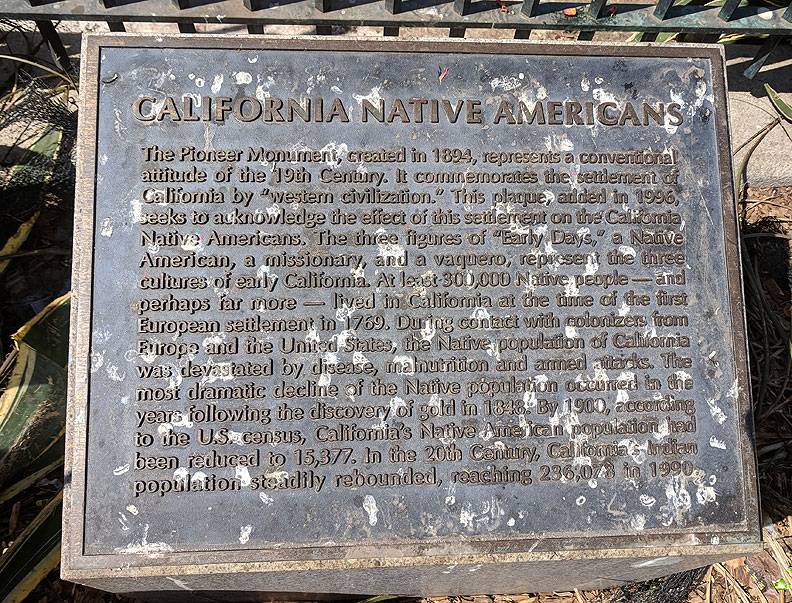 This plaque was placed in 1996 during an earlier epoch of protest against the "Early Days" depiction of racist denigration. Finally it was far too cautious in its presentation of history, in light of recent scholarship into the genocide carried out against California Indians from 1846-1873.