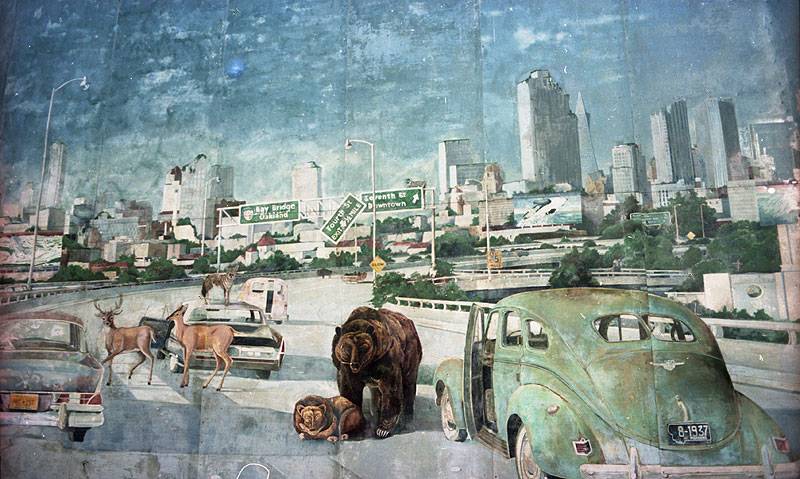 Positively 4th Street (fragment) on wall at Fort Mason in 1982, not long before its final demise.

The original mural not long after completion.

In 1974 the federal government instituted the Comprehensive Employment and Training Act (CETA). It was intended to be similar to the WPA, created in response to a struggling economy. I was in the first wave of artists hired, working at the de Young Museum in San Francisco teaching children’s classes. We were paid the princely sum of $648 per month.

I convinced the museum to let me paint a mural on the south wall facing the staff parking lot on panels. Then I asked them to let me do another. John Rumply, a great painter in his own right, designed this second painting with me. We mounted an opaque projector to the top of my ’47 Chevy pickup, ran a looong extension cord from the museum office, and projected this drawing in sections, driving back and forth to get the image to line up. The process went on for several nights, helped or hindered by considerable quantities of Jack Daniels and marijuana. Cassette tapes of Willie Nelson both attracted and repelled a potential audience at 3am.

Positively Fourth Street stayed on the wall for a year or so, until it was removed for the King Tut exhibit. Eventually it ended up on a retaining wall at Fort Mason Center where John repainted it several times while I moved on to Montana and LA. Painted with oils, the painting eventually deteriorated in the salty air. The CETA program also gave the world great clowns; Bill Irwin, Geoff Hoyle, Larry Pisoni from the Pickle Family Circus. Later the program moved from hiring artists to training security guards…but there was this moment.

The mural was painted on panels as the museum was hedging its bets on posterity. 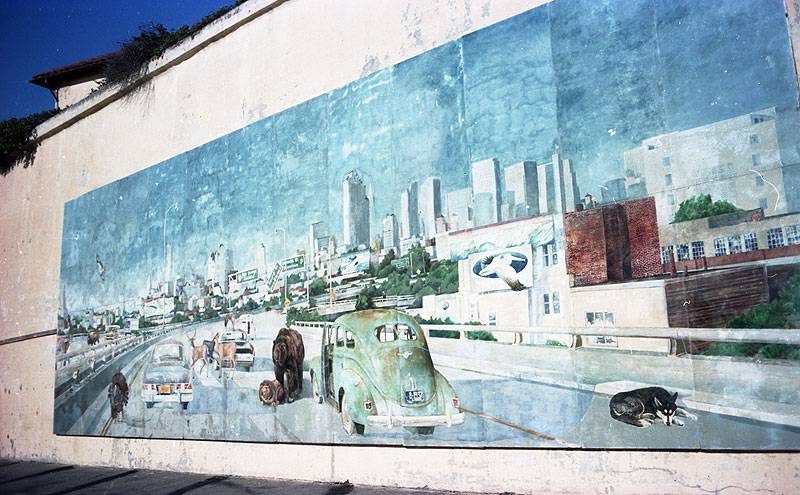 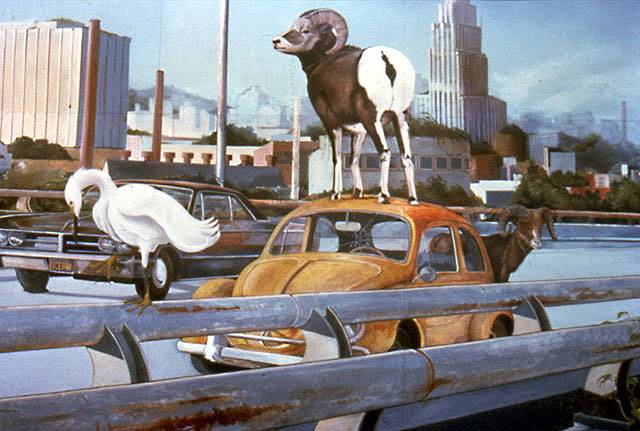 Detail of left-hand side of mural. 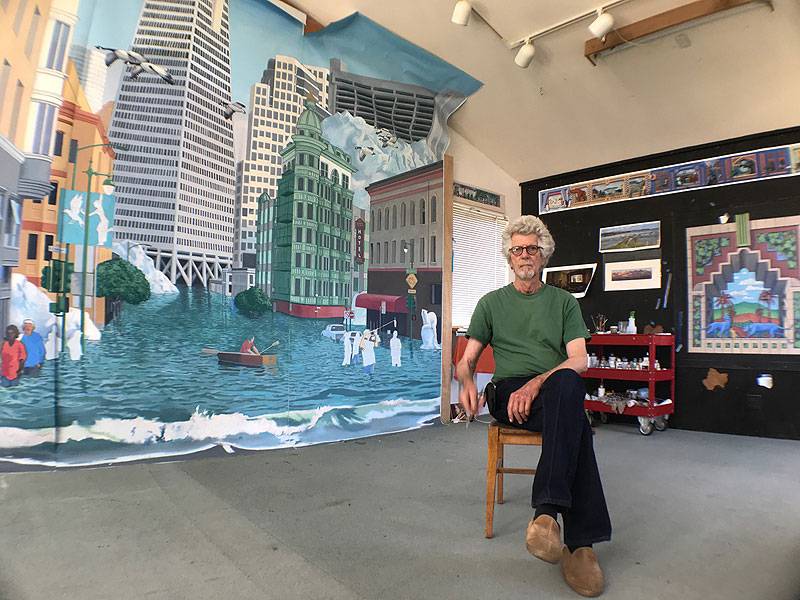 John Wehrle in his studio.