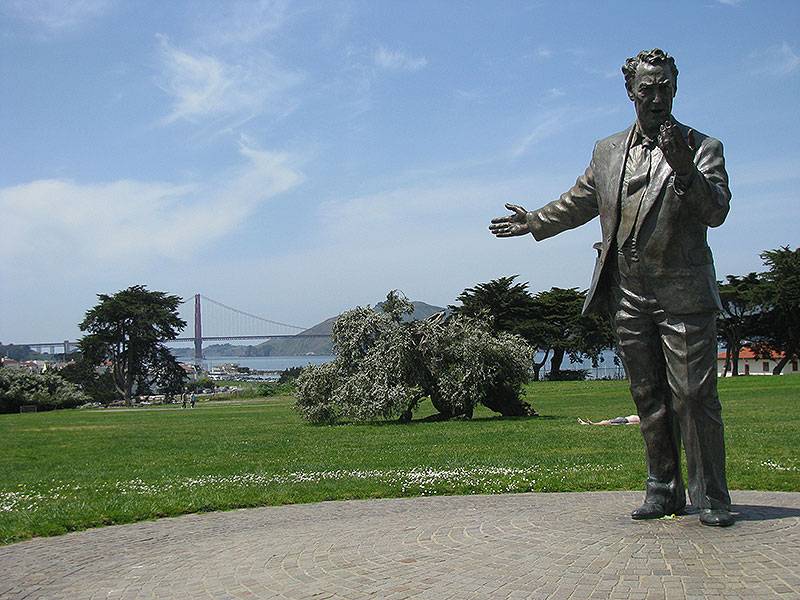 This is Phillip Burton, the one-time congressman from San Francisco, who, in 1972, pushed through the legislation that created the 80,000-acre Golden Gate National Recreation Area that serves 7 million Bay Area residents today. As may be clear enough from this representation of the man at Fort Mason, Burton was not a great outdoorsman himself. His biographer John Jacobs writes, he “was less at home in Muir Woods than in a darkened cocktail lounge with an unfiltered Chesterfield in one hand and a tumbler of Stoli in the other.” 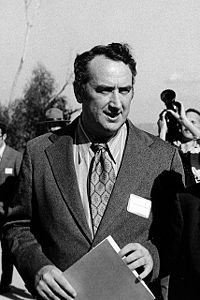 A personal indifference to nature, however, did not make him any less responsive to the conservationists in his constituency, who, from the mid-1960s on, had been sounding the alarm about the perils of urban sprawl. Several factors were coming together to threaten the continued existence of Bay Area open space. A growing and more prosperous population needed housing, and the U.S. Army—which had acquired large parcels of land in the area for coastal defense—was eager to get rid of property that had become a white elephant. Developers were ready to pounce. Marincello, a development of 50 apartment buildings housing 25,000 people, was to be located on the Marin Headlands southwest of the Golden Gate Bridge.

Meanwhile, environmentalists, led by the Sierra Club, were cobbling together a bill that would give urban residents, many without the means to hop in the family car for a two-week excursion to Yellowstone, a green place of their own. Burton, who was chairman of the House Subcommittee on National Parks, was very much on board. When he met with Edgar Wayburn of the Sierra Club he asked him why he hadn’t included a particular parcel in the proposed park boundaries. Wayburn replied, “I didn’t think it would be politically feasible.” Burton answered, “You tell me what you want, not what’s politically feasible.” Wayburn came back with an expanded plan that Burton, using his skills as a coalition builder and vote counter, indeed, made feasible. 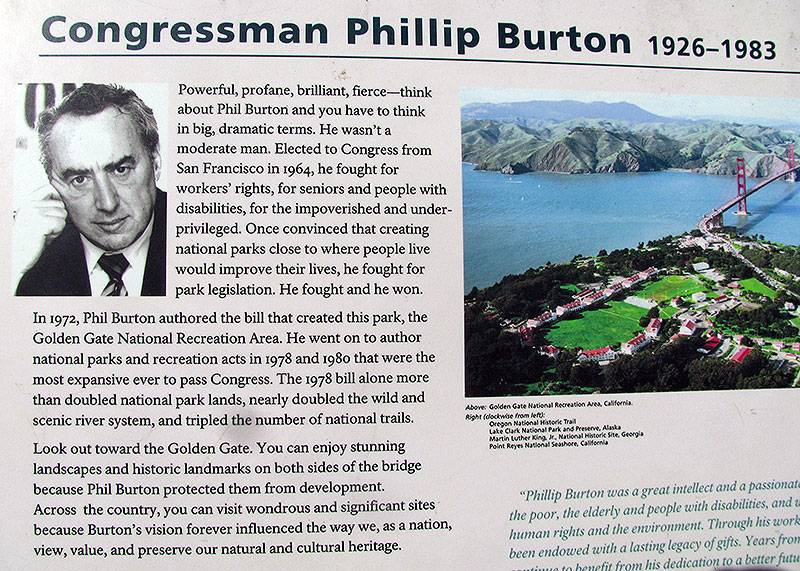 Plaque about Phil Burton just above his statue at Fort Mason.

Even President Richard Nixon was eager to get on board, making a hurried trip to the Bay Area in advance of the 1972 election. “Nixon to dedicate uncreated park,” the San Francisco Chronicle headline read.

When the bill passed, Burton waxed uncharacteristically poetic: “Here a man can walk and be lost in peace, hearing the sea, feeling the wind touching the land.” Jacobs says that Burton would be as likely to be that man he described as “he would be found taking LSD in a Berkeley commune.”

Parks, of course, were far from Burton’s only legislative interest. He used his unflagging energy to push for workers’ safety, coal miners’ protection, farm workers’ rights, AIDS research, and many other causes to benefit ordinary folks.

His success came at least as much from the pleasure he took in the political game as in the nobleness of his causes. Once when reminiscing with a fellow politician about issues surrounding the Golden Gate National Recreation Area, he mentioned “a thing of beauty.” “The place does have some lovely features,” his colleague said. “Not the park,” Burton said, “the bill.”

Excerpted with permission from Art Peterson's book, "Why Is That Bridge Orange?" published in 2013, by Inquiring Minds Productions.
Retrieved from "http://foundsf.org/index.php?title=Phillip_Burton&oldid=33643"
Share this page: