Old Cemeteries in the City 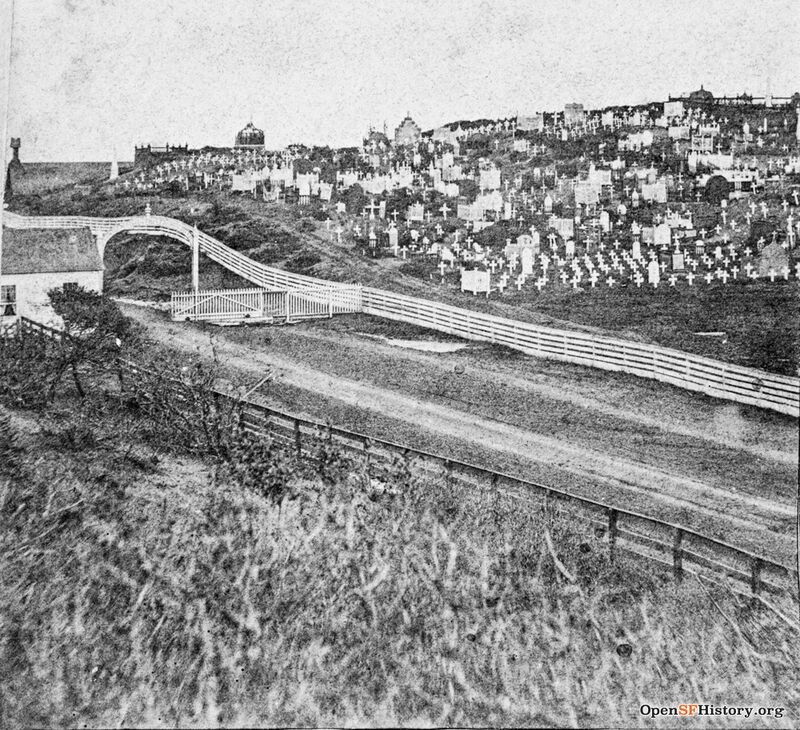 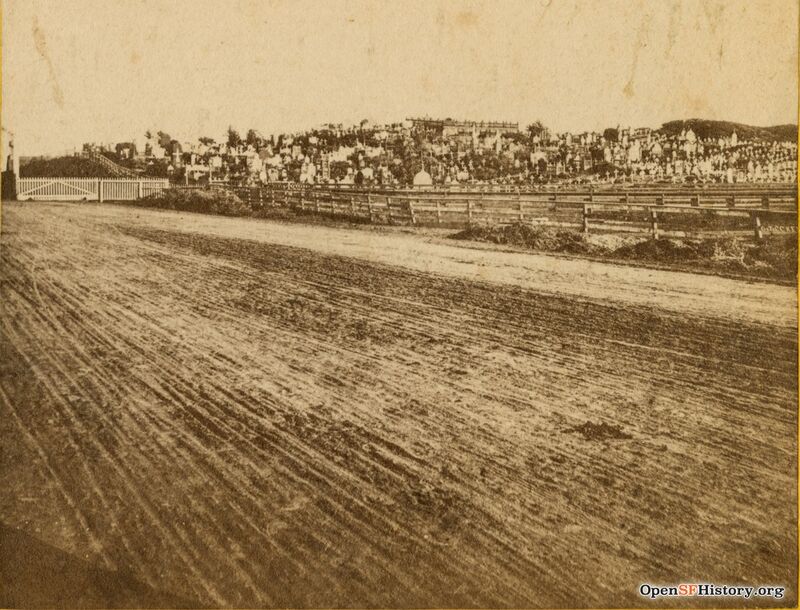 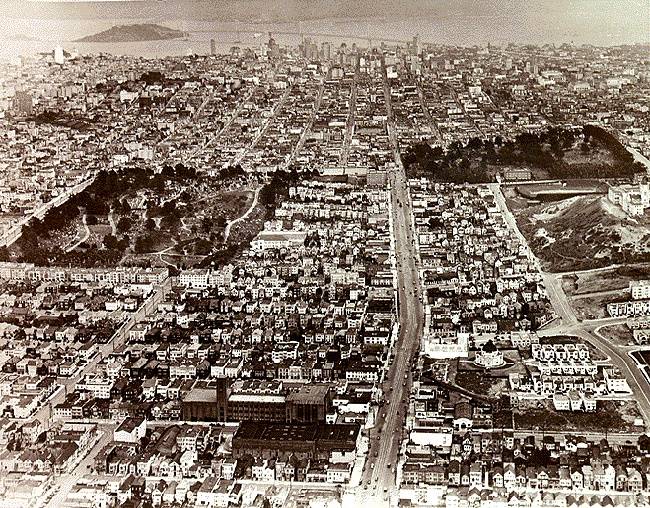 Bird-eye view of the Richmond District, looking east in 1938. The Columbarium is the round structure, lower right. 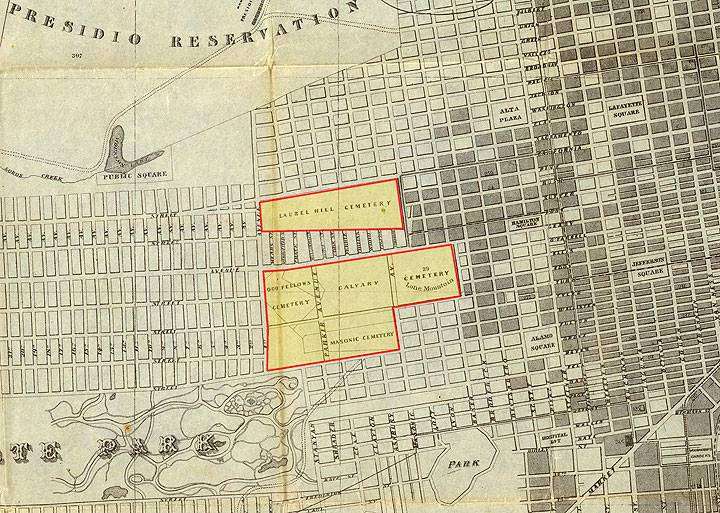 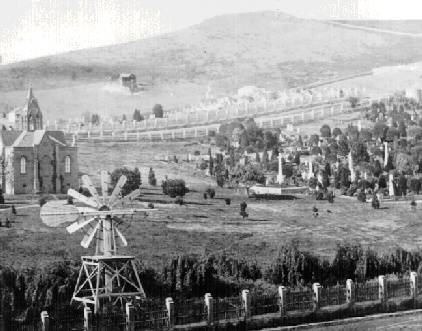 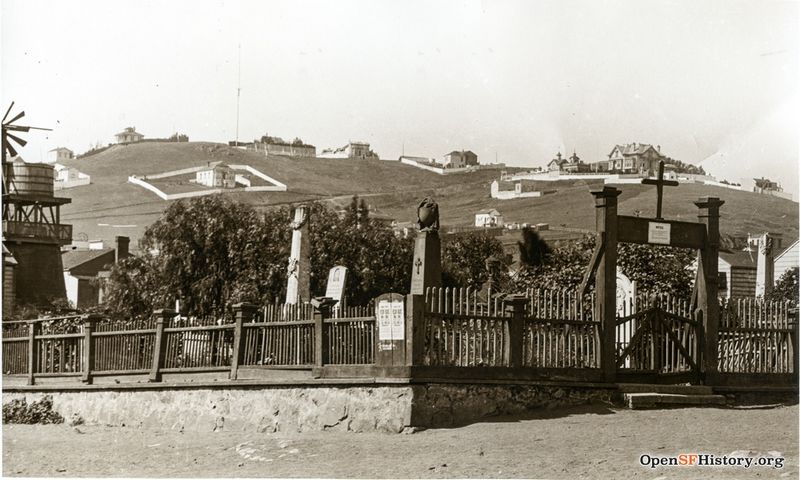 1887 Catholics establish Holy Cross Cemetery in Colma. On June 7, Timothy Buckley is the first to be interred in Colma.

1888 Jews establish Home of Peace Cemetery in Colma for bodies evicted from what is now Dolores Park.

1889 No more burials in Jewish cemeteries. 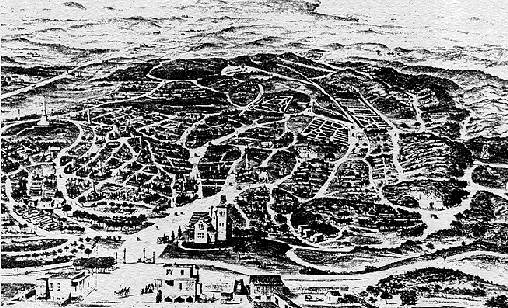 1900 Mayor James D. Phelan signs the order "prohibiting the burial of the dead within the city and county of San Francisco after the first day of August 1901."

1901 Board of Supervisors get permission to use City Cemetery as a park to raise Richmond property values.

1913 Board of Supervisors ordered all cemeteries closed and bodies removed. Voters overturned the ordinance.

1924 City of Lawndale, later Colma, incorporated by the Associated Cemeteries.

1937 Supervisors again ordered the "disinterring and removal of human bodies." Voters upheld the ordinance this time.

1941 The post office requires Lawndale to change its name, due to another post office by the name of Lawndale in Los Angeles County. Lawndale becomes Colma.

Calvary Cemetery after being cleared for redevelopment, August 26, 1946. 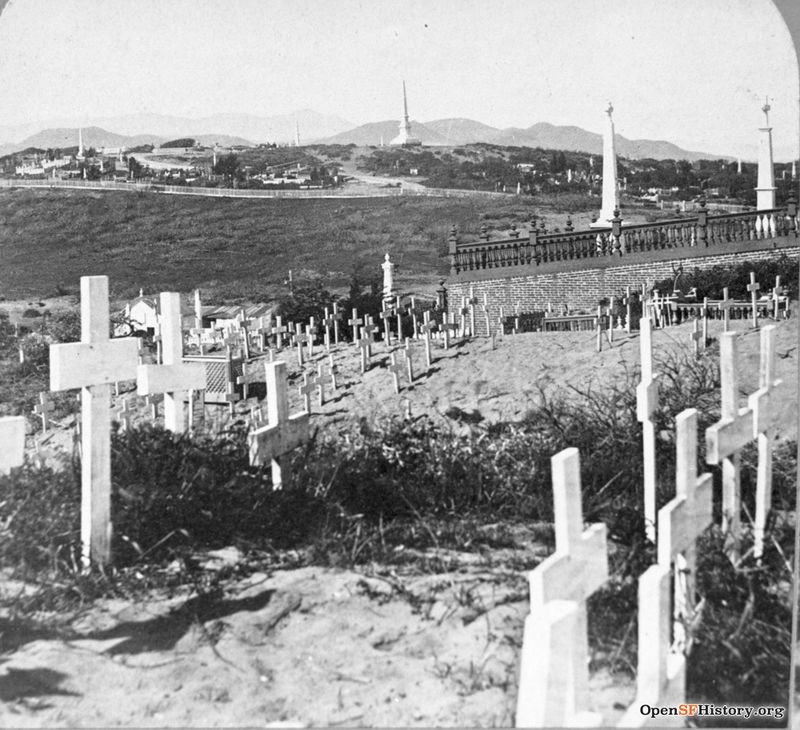 View northwest from Calvary Cemetery, roughly at O'Farrell east of Masonic. Point Lobos Road (later Geary Blvd.) in middle distance. The large monument in the distance is the memorial to Senator David Broderick. 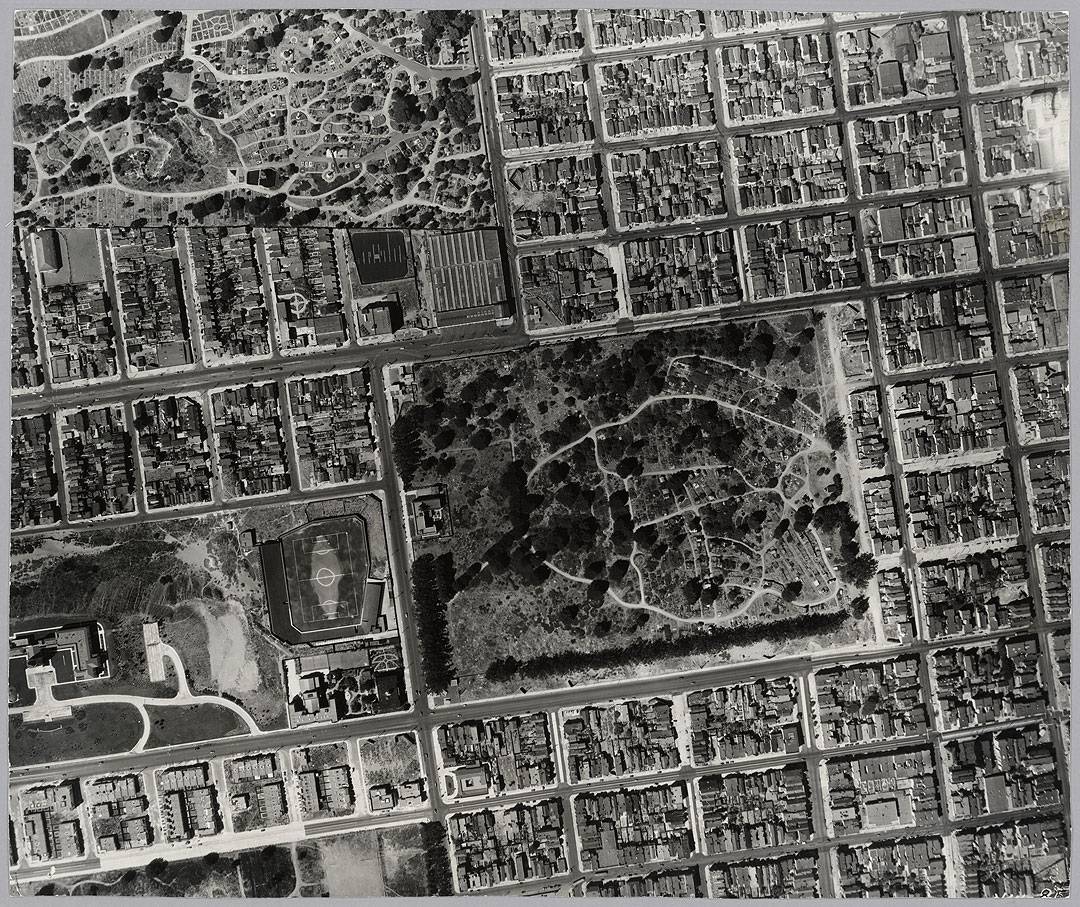 Aerial view in 1938 of the Calvary and Laurel Hill cemeteries before their removal.

1993 Excavation for the rebuilt Legion of Honor Museum at Land's End uncovers at least 700 bodies. There are many more still buried at Land's End. 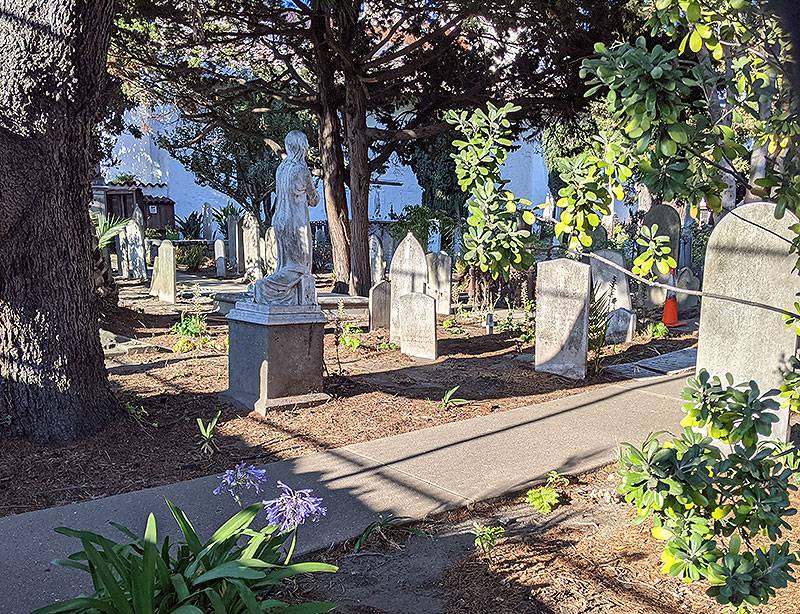 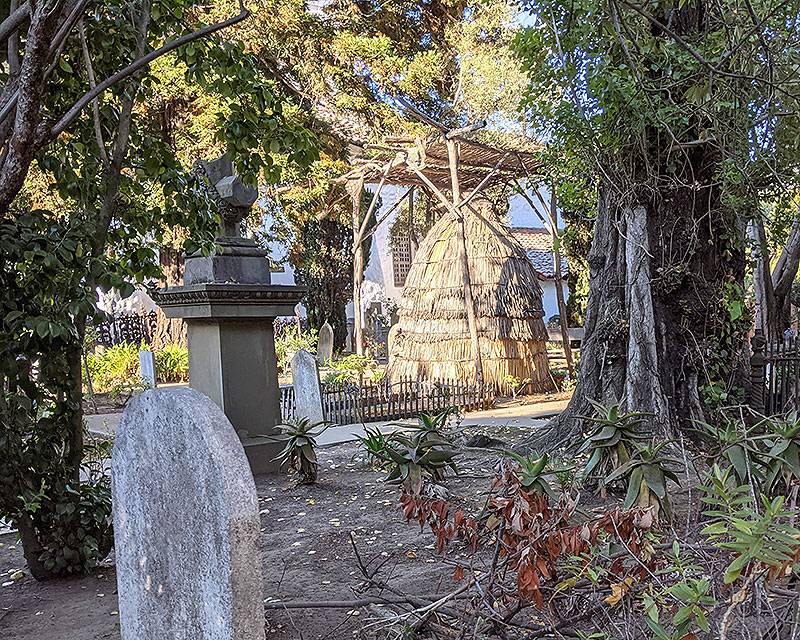 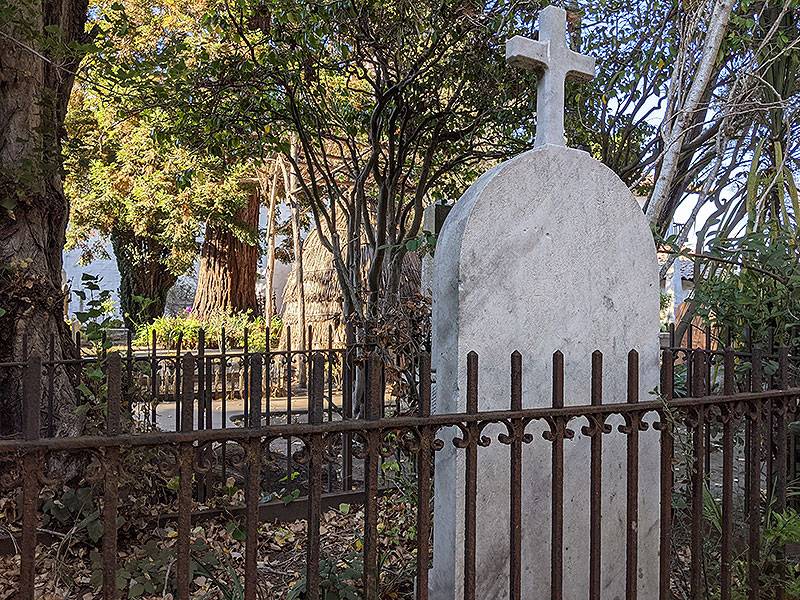 Three photos from the last remaining cemetery in the City at Mission Dolores, 2021. The recreated Ohlone hut is a gesture to the enormous wave of death that swept through the original inhabitants of the peninsula within a few short years of colonization.