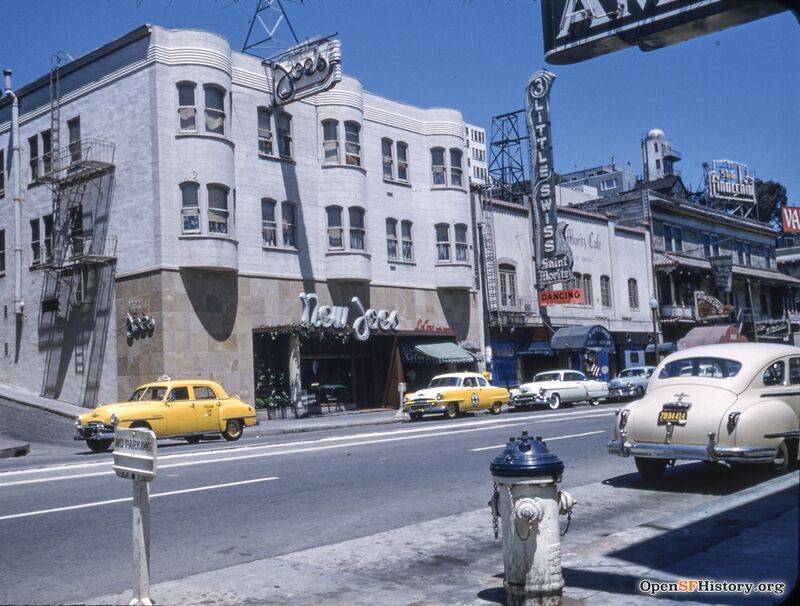 New Joe's Restaurant at 540 Broadway (at Romolo). Further east on the block is the Little Swiss, St. Moritz Cafe, and Finnochio's.

My dad, Carlo Sardi, immigrated from Florence, Italy in 1925. He worked in New York City, Los Angeles, and ended up in San Francisco, where he met and married my mom (also from Italy). They lived and worked in North Beach. He was a waiter at New Joe's. My mother worked at Sonoma Mission Creamery on Broadway.

The owner of New Joe's restaurant was Joe Ingrassia, who I think originally owned a pool hall that might have been on the same street. I have a recollection of Joe and my dad playing cards with all the guys someplace on Columbus Avenue in North Beach, (at the Waiters Union?) on his days off. My mom took my brother and I by there on the way to shop at Panelli's Food Store. We lived on Green Street, and everything was nearby, including the church and school which I attended in my early years, St.'s Peter and Paul. 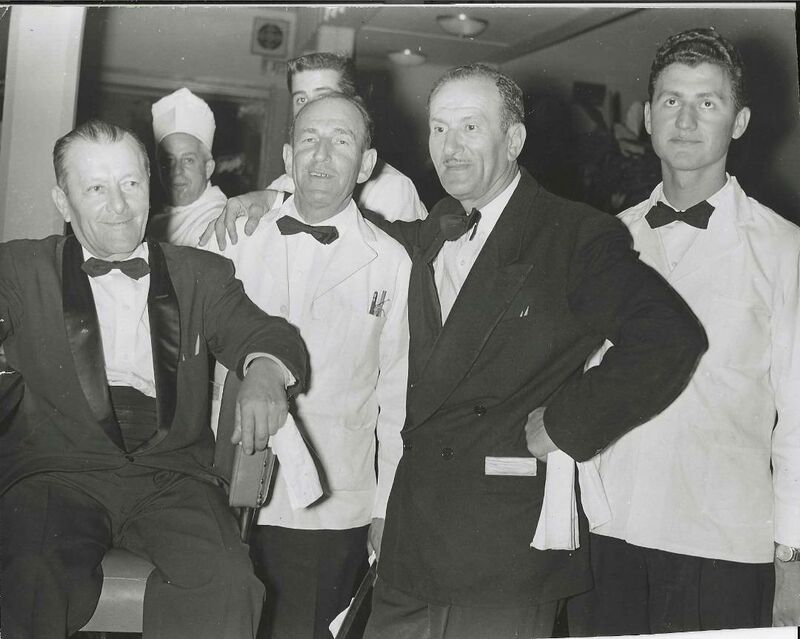 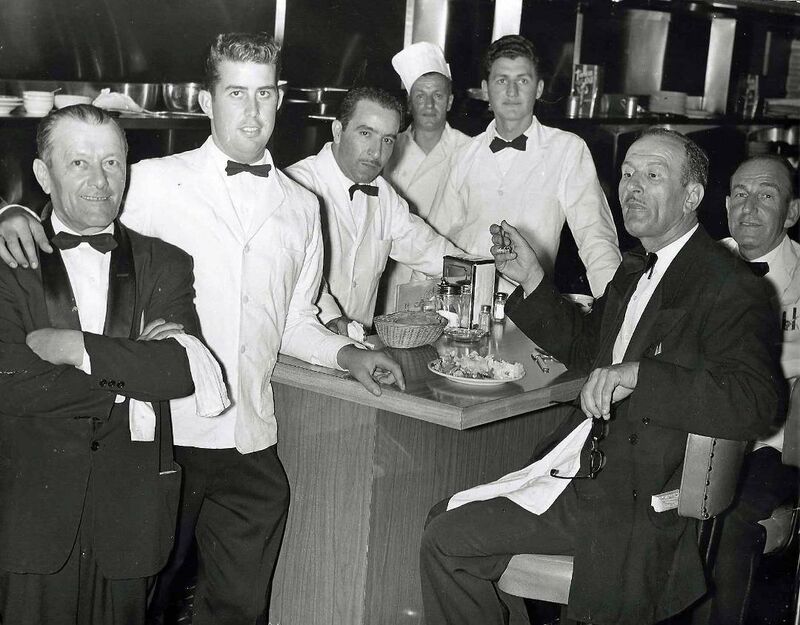 Sadly and suddenly, my dad and all those who worked at New Joe's were out of a job when New Joe's burned down. Papa then went on to work at Original Joe's. I don't know how many years papa worked at Original Joe's, but he went on to Westlake Joe's, I think in the 1950s. During this time my parents bought a home, moving out to the Avenues in Ocean Beach in the Richmond District, which made it easier for papa to commute to and from Westlake. He went on to Scoma's working as a waiter for a few more years.

After my brother, sister, and I were born, my dad and my aunt Laura (also from Italy), bought and ran an Italian restaurant they named The In-Between on Maiden Lane, 2 doors up from the Iron Horse Restaurant. My dad knew the owner of the Iron Horse from their old Broadway days at New Joe's. My dad had many friends in North Beach, including a family named the Reartes who owned and operated a nightclub at 1416 Powell Street, which was only a few blocks from New Joe's. So a few nights a week, when he was done working his shift there, he'd walk over to the Sinaloa Club to play with the band on stage for a couple of hours. Besides Italian, papa spoke several languages fluently, including Spanish, and he played the maracas and sang on stage with the rest of the band, and loved it! 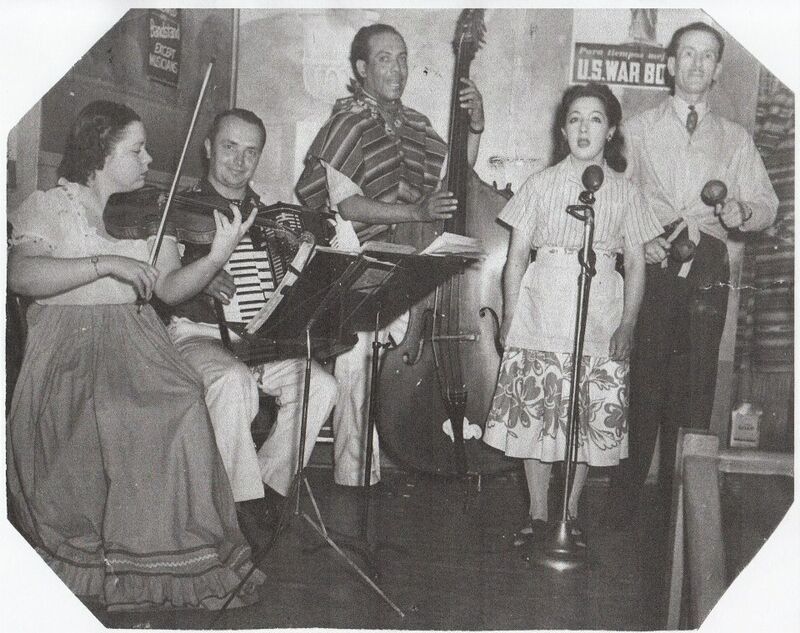 Carlo Sardi (right) on the maracas at the Sinaloa Club.

My dad got out of The In-Between, which left my aunt to decide to sell, but after 3-4 years, my aunt sold it, and soon bought a new restaurant on Valencia Street, calling it Laura's. She ran the bar and restaurant all by herself for several successful decades; serving only Italian lunch, which brought all or many of the everyday business clientele from all over San Francisco. Many years later, she sold the business and retired.

During all that time, San Francisco was thriving, before and after the war, however, after WWII, nothing was the same. Our family history in San Francisco forever exists. So proud to be a San Francisco native, whose Italian roots—all the way from Italy—can still tell their story.