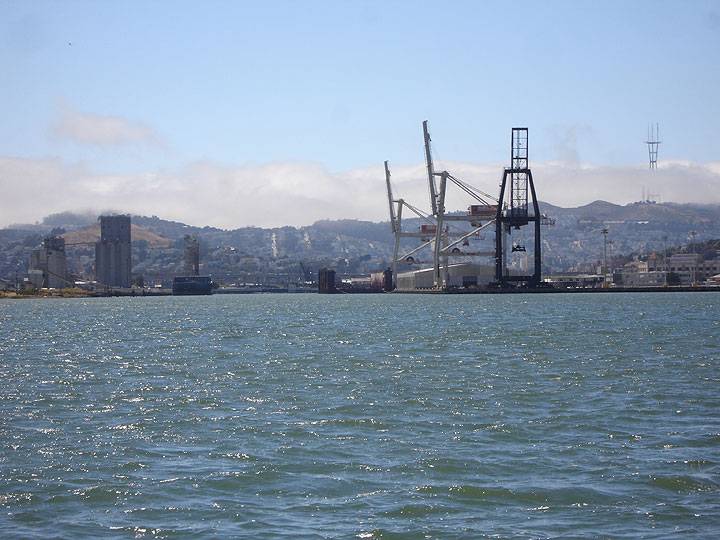 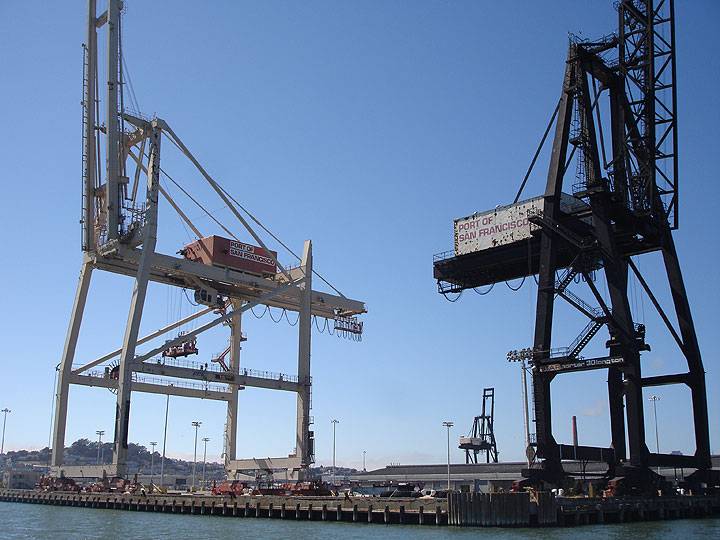 After the opening of the Army Street Terminal it quickly became obvious that a container pier was needed. With the guidance of an Arthur D. Little Consultancy report, the Port of San Francisco moved to build a new facility a bit further south, across Islais Creek at the edge of India Basin. Pier 98 was opened in 1972, but they did not build a container pier, not fully trusting that the technology of shipping had been settled. A competing technology known as LASH, for “lighter aboard ship,” based on the assumption that there would be some deep-draw ships that could not reach shallower ports, or that some ports would have limited facilities for offloading cargo. The lighter would be floated by tug from ship to shore loaded with cargo. The Port had a tenant lined up for its new LASH terminal too, Pacific Far East Lines, which had committed to this new technology. Unfortunately PFEL went out of business after being acquired by a larger company headed by John Alioto (son of former Mayor Joe Alioto), who was unable to save the shipper from its mountain of debts and failed technology choice. When PFEL went bankrupt in 1978, the Port of San Francisco was left with a modern pier built to serve a specific shipping technology that no one was using, and it has remained largely unused over the past decades.

Instead of having built new container terminals in the late 1960s and early 1970s, the Port of San Francisco had built modern facilities with the assumption that other kinds of shipping would still be prevalent, a fatal error for the Port’s maritime future. By the early 1980s the Port of Oakland had taken nearly all of San Francisco’s business. Thanks to ongoing modernizations and expansions in Oakland since that time, San Francisco’s former thriving port is now a memory, with no chance of regaining its once prominent role in international trade.