Mission Creek has seen radical changes since the late 1970s (and even more radical changes since it once ran openly all the way to today's 17th and Valencia). Catellus Corporation, the spin-off of the former real estate division of Southern Pacific Railroad, donated over 40 acres of prime (land-filled) real estate to the University of California for a new biomedical campus. This in turn led to rapid and rampant development of a suburban aesthetic in the midst of San Francisco's last undeveloped expanse of space. The bohemian houseboat community along Mission Creek is slowly being surrounded by million dollar condominiums and biomedical research buildings. Here's a brief portrait in summer 2008: 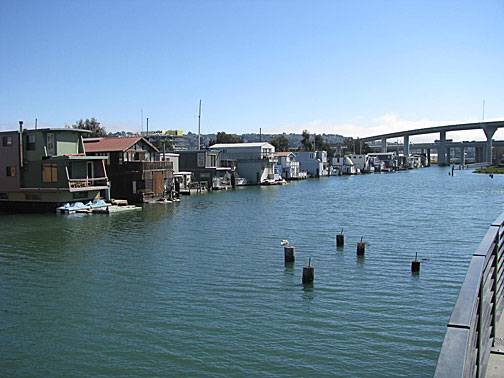 This view is much as it has looked for 30 years (except for the yellow top of an office building appearing behind the houseboats). 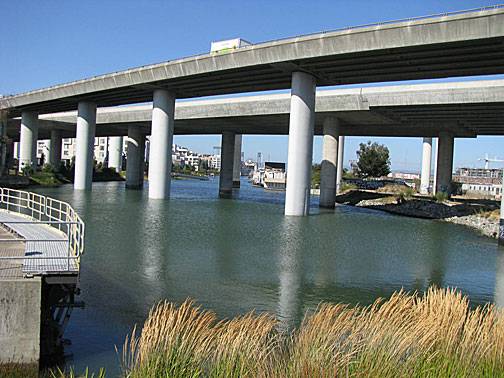 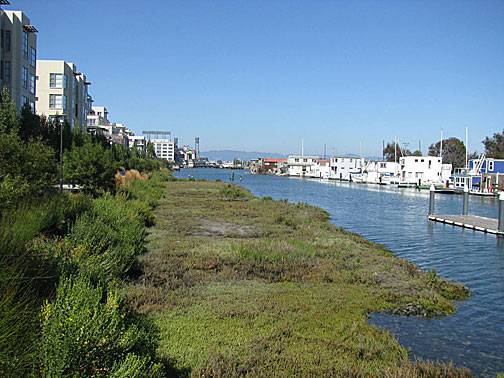 Both of these are looking east towards the Bay. 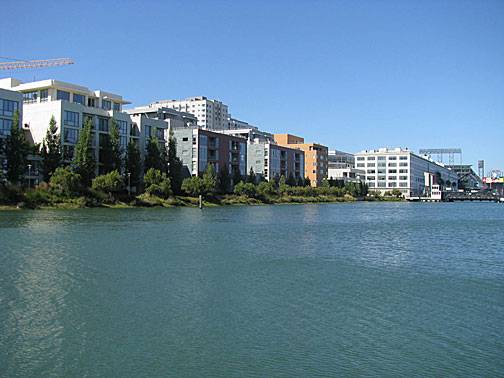 The new north-easterly view from the houseboats 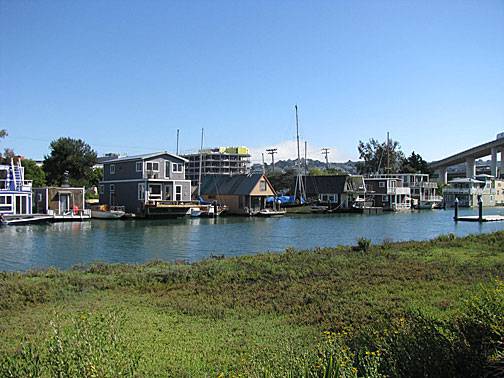 The view from the condos southward, houseboats with UCSF campus appearing behind it, Potrero Hill in distance. 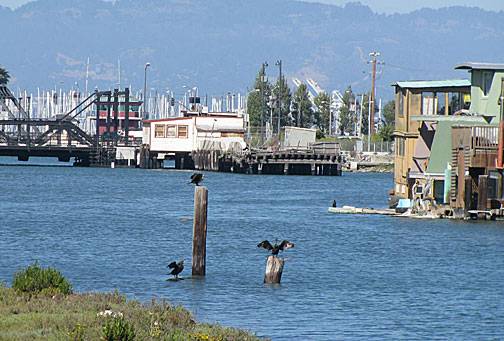 Cormorants dry their wings in the late afternoon sun, August 2008. Efforts to restore native habitat along the banks of Mission Creek have led to a remarkable resurgence of birds and fish in the waterway. 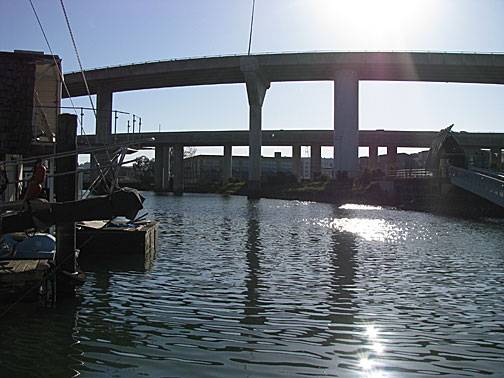 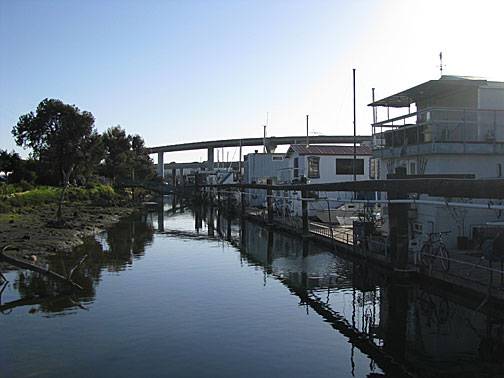 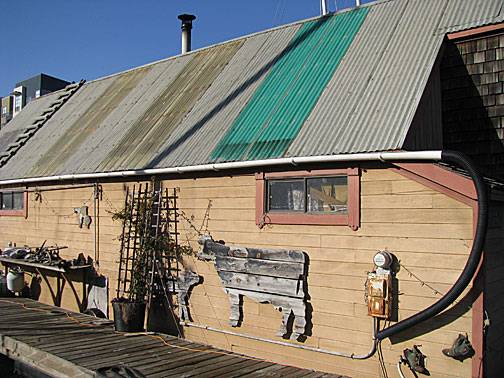 Houseboats on Mission Creek, 2008, now surrounded by new condominium development across the creek, and the Mission Bay UCSF campus to their south.

1996 Video: Chris Carlsson and Joel Pomerantz on a canoe ride