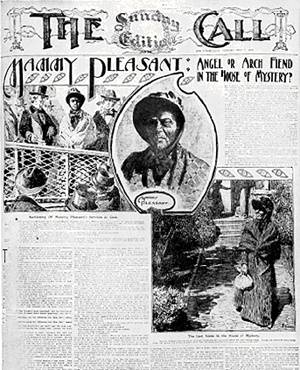 Thomas Bell became a director of the all-powerful Bank of California and Mammy was his closest (and secret) advisor. Meanwhile, she bought and sold dozens of properties, running boarding houses and specializing in developing protéges (i.e. beautiful young women) whom she would endeavor to marry off to the nouveau riche miners and bankers that frequented her boarding houses. She also built a house, then far out of town, known as the "Geneva Cottage," at the corner of the San Jose road and Geneva (now the corner of Geneva and Bayshore Boulevard near the toxic wasteland of the Southern Pacific rail yards and the Brisbane lagoon), which was the infamous site of numerous wild bacchanalian parties, attended by wealthy San Franciscan men and a bevy of beautiful young women.