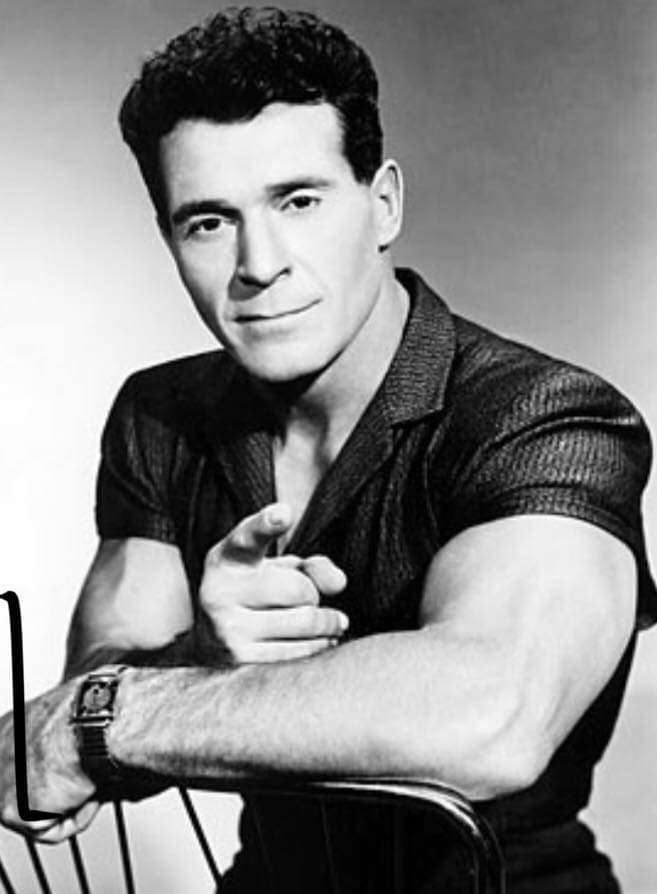 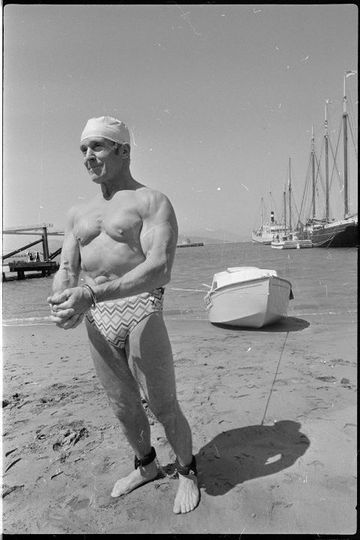 Jack Lalanne staging a stunt in 1974, getting handcuffed to tow a small rowboat through bay waters.

In 1951, Jack LaLanne started a national obsession with fitness, aerobics, and stay-at-home exercising when he began doing calisthenics on TV in San Francisco. Soon, Jack was leading housewives across America in exercises using his "Glamour Stretcher," which he called "A whole gym in a rubber cord." By 1960, LaLanne was the biggest thing on TV, and had sold some 400,000 copies of his book, Way to Vibrant Good Health.

LaLanne was more than an early aerobics instructor; his mission was practically spiritual, leading the way for generations of exercisers to link physical movement not with feeling good, but with being closer to God by pounding the flesh into submission with the will. He is responsible, in many ways, for the Puritanism that lurks in America's grueling, mechanistic, no-fun exercise regimes. LaLanne was called the "Norman Vincent Peale with muscles," and likened himself to Billy Graham: "[Graham] puts people in shape for the hereafter, and I get them fit for the here and now," said LaLanne. 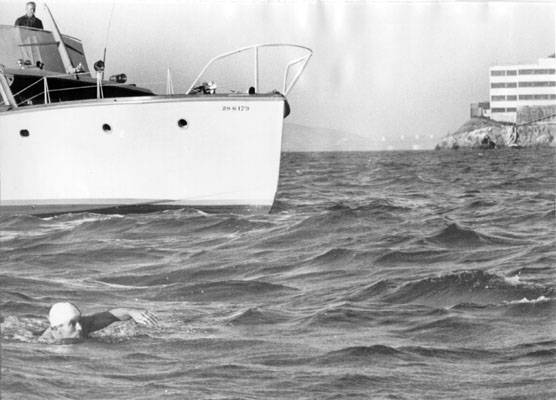 September 1958: "'No man could have made it,' professional muscleman Jack LaLanne (lower left) said after failing in swim under similar conditions faced by a convict who escaped from Alcatraz prison (top right) Monday. LaLanne gave up after fighting cold and current for more than an hour."