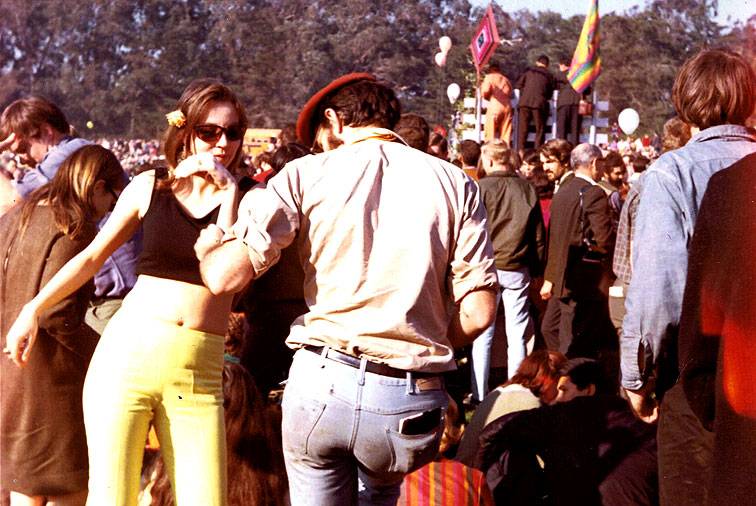 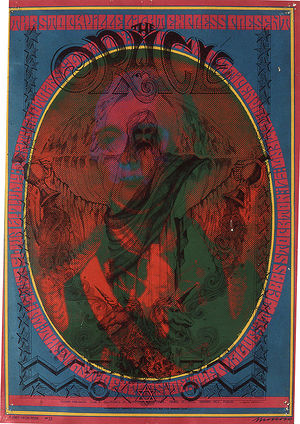 The Human Be-In was announced on the cover of the fifth issue of the San Francisco Oracle as "A Gathering of the Tribes for a Human Be-In". The occasion was a new California law banning the use of the psychedelic drug LSD that had come into effect on October 6, 1966. The speakers at the rally were all invited by Bowen, the main organizer. They included Timothy Leary in his first San Francisco appearance, who set the tone that afternoon with his famous phrase "Turn on, tune in, drop out" and Richard Alpert (soon to be known as "Ram Dass"), and poets like Allen Ginsberg, who chanted mantras, Gary Snyder and Michael McClure. Other counterculture gurus included comedian Dick Gregory, Lenore Kandel, Lawrence Ferlinghetti, and Jerry Rubin. The Hells Angels, at the peak of their "outlaw" reputation, corralled lost children. Music was provided by a host of local rock bands including Jefferson Airplane, The Grateful Dead, Big Brother and the Holding Company, and Quicksilver Messenger Service, who had been staples of the Fillmore and the Avalon Ballroom since February 1966. "Underground chemist" Owsley Stanley provided massive amounts of his "White Lightning" LSD, specially produced for the event, as well as 75 twenty-pound turkeys, for free distribution by the Diggers. 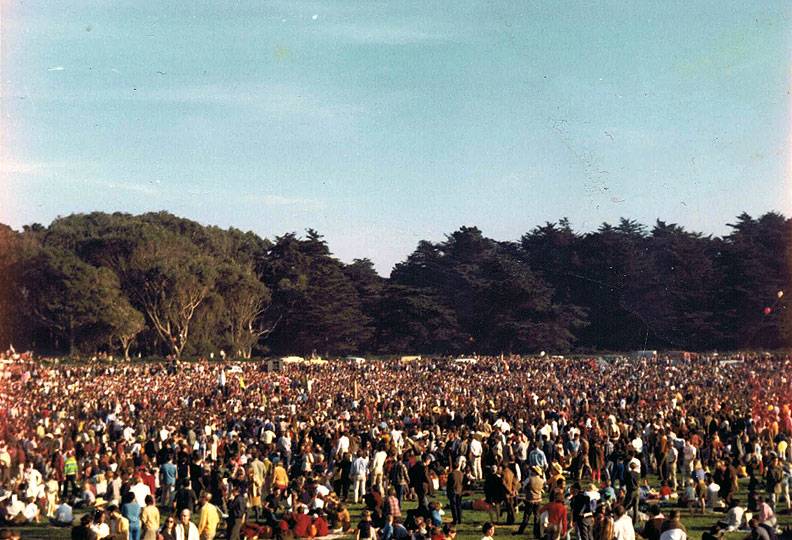 The national media were stunned, publicity about this event leading to the mass movement of young people from all over America to descend on the Haight-Ashbury area. Reports were unable to agree whether 20,000 or 30,000 people showed up at the Be-In. Soon every gathering was an "-In" of some kind: Just 4 weeks later was Bob Fass's Human Fly-In, then the Emmett Grogan inspired Sweep-In, Rowan and Martin's Laugh-In comedy television show began airing over NBC just a year later on January 22, 1968. This was followed by the first "Yip-In" (March 21, 1968 at Grand Central Terminal), "Love-In" (April 14, 1968 at Malibu Canyon) and "Bed-In" (March 25, 1969 in Amsterdam).

The counterculture that surfaced at the "Human Be-In" encouraged people to "question authority" with regard to civil rights, women's rights, and consumer rights. Underground newspapers and radio stations served as its alternative media. 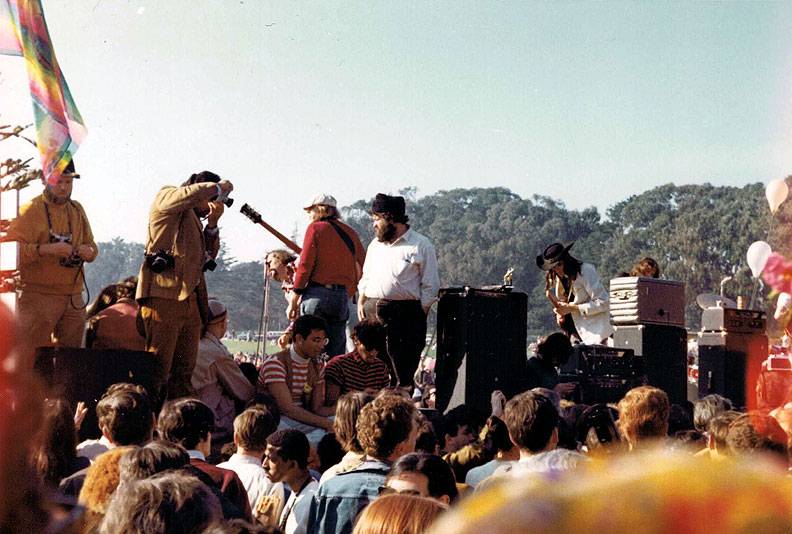 Jefferson Airplane on stage at the Human Be-in 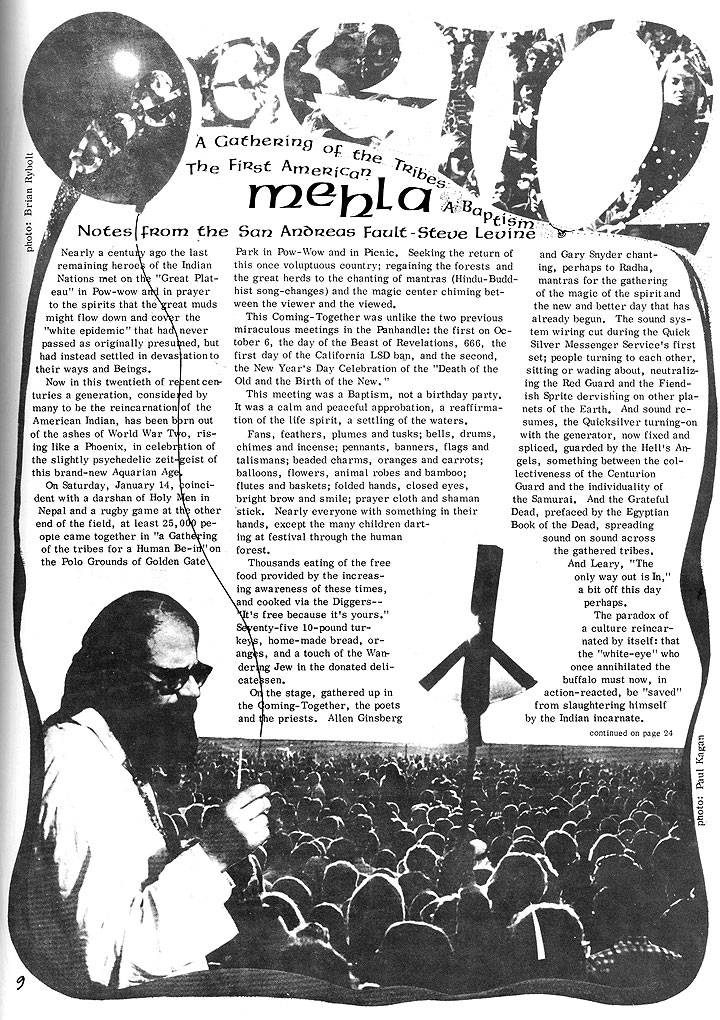 The Oracle reports on the Be-In.