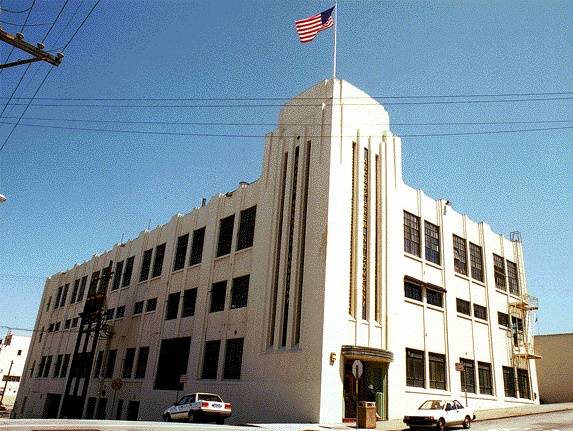 The Anchor Steam Brewery, San Francisco's last active brewery, shown here in 1996 at its location at the foot of Potrero Hill, adjacent to the Pioneer Square development. 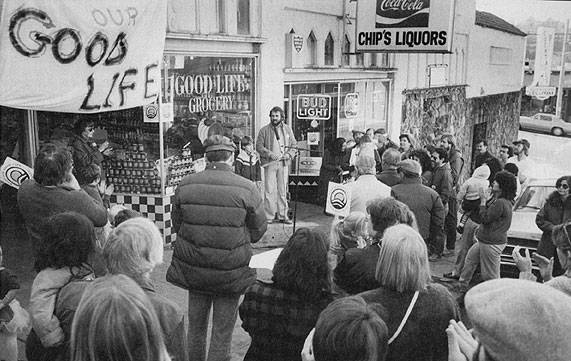 The Good Life Grocery opened at 1457 18th Street in 1974. In 1985, the community came out in support of owners Lester Zeidman and Kayren Hudiburgh when they faced a 1000% rent increase. Forced to relocate, the store reopened in 1986 on 20th Street. 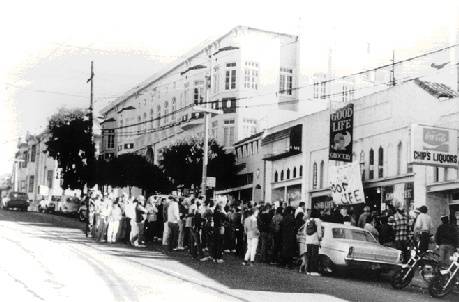 Protestors demonstrate to save Potrero Hill's Good Life Grocery, since relocated to 20th Street from its location in this picture (1979) on 18th.