From the Great Sand Waste to the Richmond 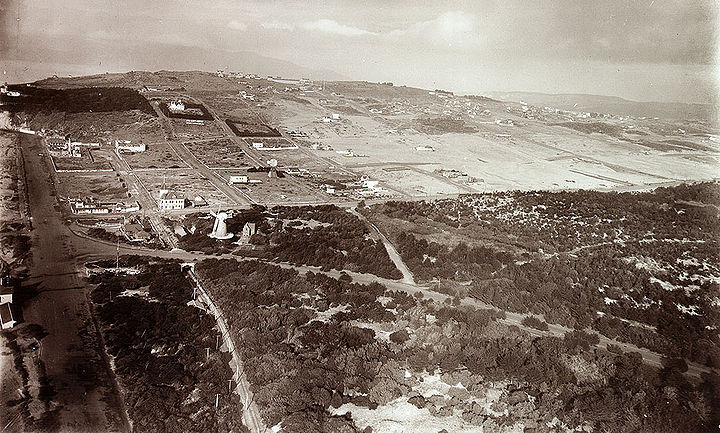 Before 1900s, the Richmond district referred as the "Great Sand Waste" was just inhabited by cemeteries.

As San Francisco's population exploded during the Gold Rush, people looked to the northwest of the city for cheap land to bury its dead. Between 1854 and 1864, four cemeteries arose around Lone Mountain: Laurel Hill, Calvary, Masonic and Odd Fellows cemeteries.

In 1854, San Francisco annexed Richmond under the Consolidation Act, including the territories from First Avenue (now Arguello) to the ocean and from Fulton Street to Fort Presidio. Stockmen and dairy farms established ranches in the dunes.

In 1863 when the Cliff House Resort was opened by Sam Brannan, it attracted wealthy people to venture to the shoreline. But access over the sand dunes was difficult. Early residents petitioned city officials to build a road. In 1864, Point Lobos, now Geary Blvd, became the first toll road extending from the city to the ocean. It meant a great deal to the development of the Richmond as it prompted many downtown residents to move out to settle along the road. 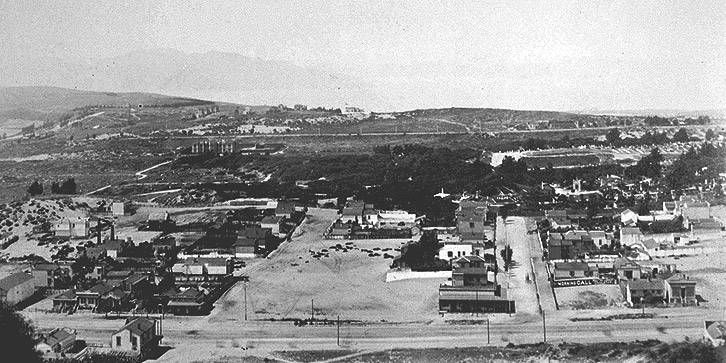 Northerly view over the Richmond District towards Presidio, c. 1880s

By the 1890s, when 3,000 residents lived in the "Outside Land", it was time for a real name. The local Improvement Club officially give the Richmond its name.

Development in the Richmond was greatly improved by the efforts of Adolph Sutro, often called the "Father of the Richmond District". When he moved to the district in 1880s, he bought and remodeled the fire-gutted Cliff House. He built the Sutro Baths and developed gardens open to the public (where Sutro Park is today). 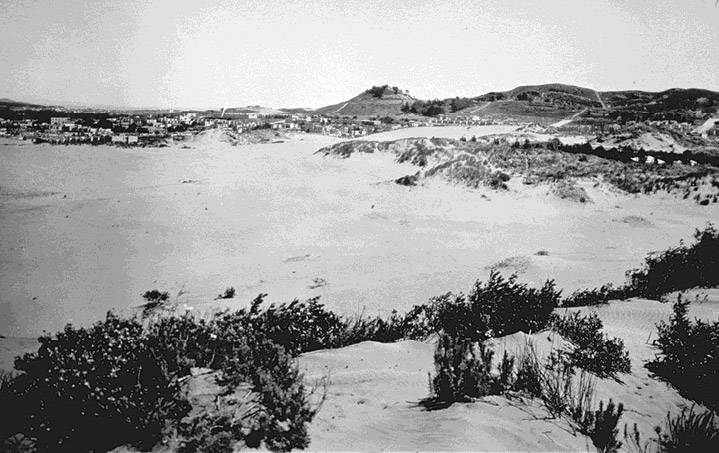