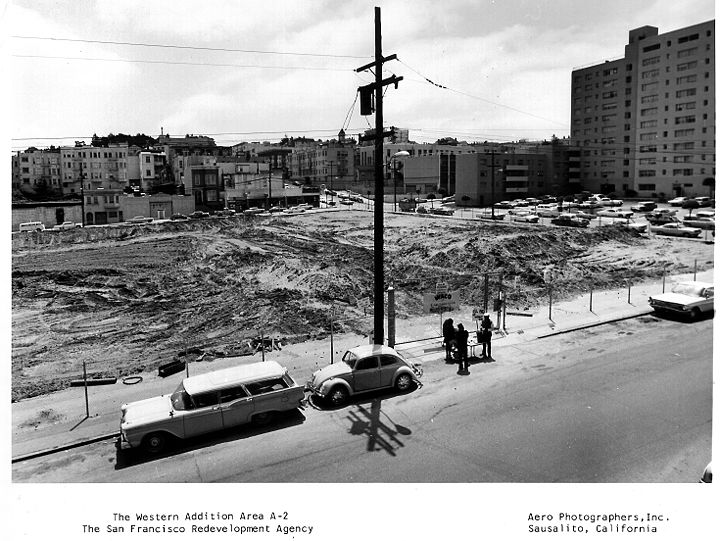 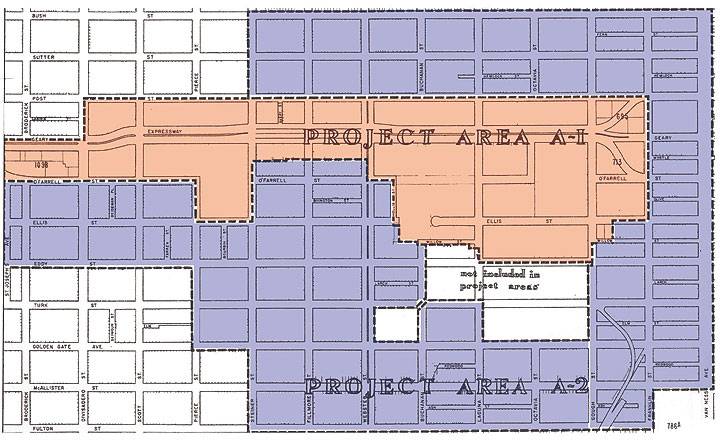 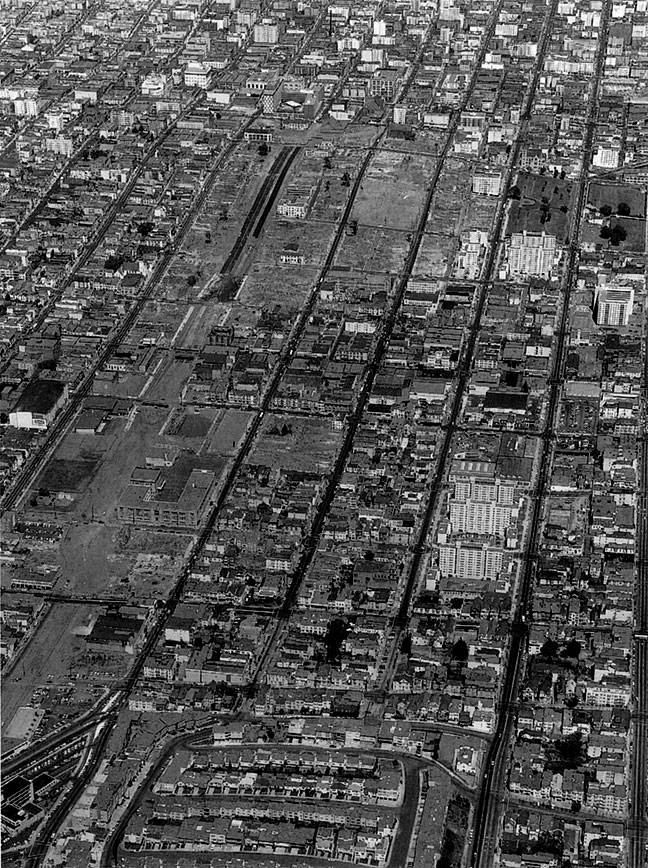 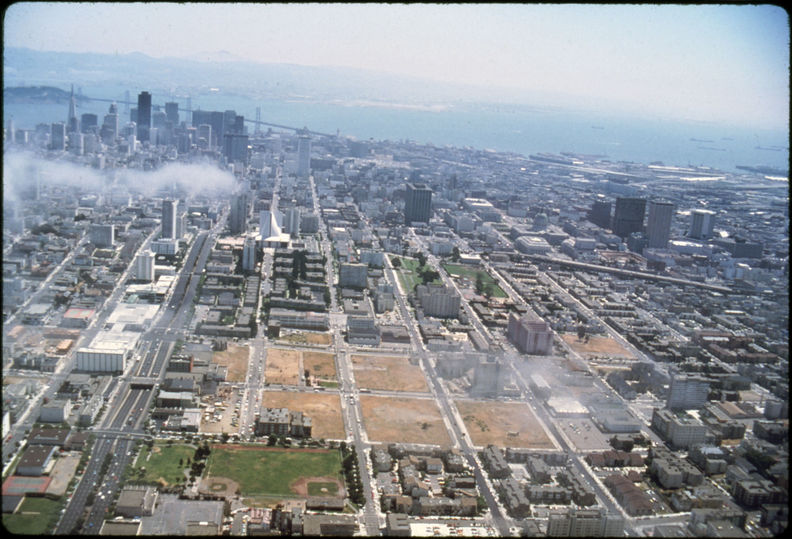 Aerial of the Fillmore in the early 1970s. 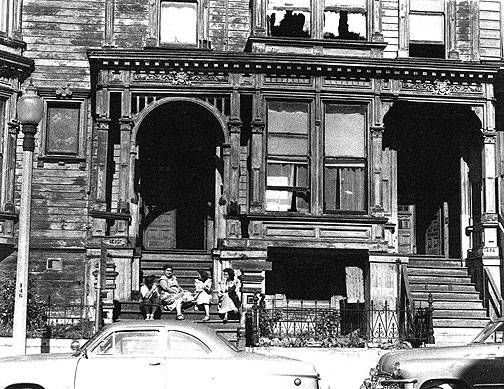 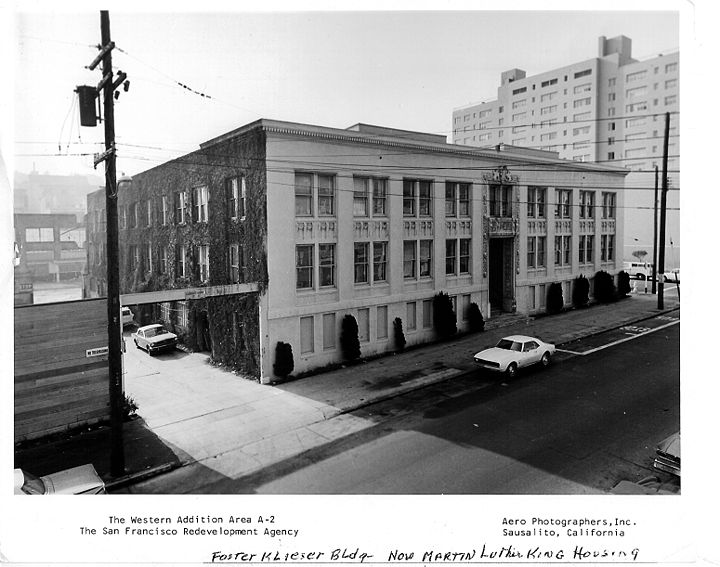