Chinese Grocery Stores of my Childhood 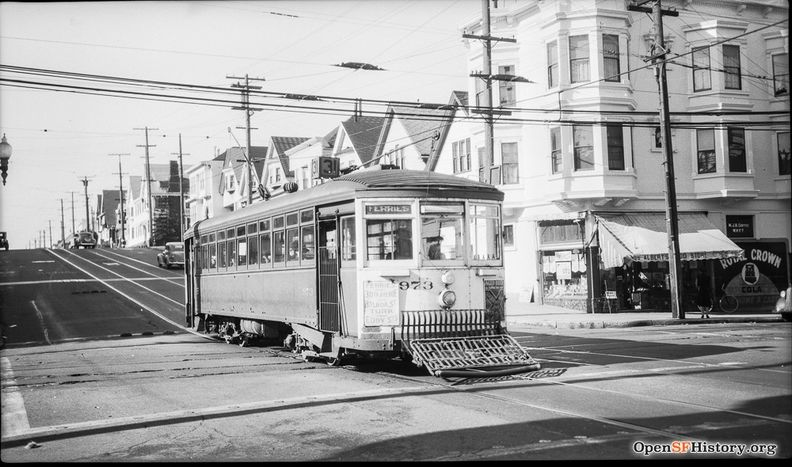 I grew up at this corner, 8th Avenue and Balboa. This particular picture was taken 1939. Though this grocery store predates me by some 30 years, It was still a grocery when I was growing up. In fact, we had lots of grocery stores in the 1970s, seemingly on every corner. Besides this store, I remember stores on 7th and Balboa, 8th and Anza, 6th and Balboa, and there were many more.

All these grocery stories were a part of my story growing up. Looking back these stores were special places that are much tougher to find these days. For they weren’t just places to buy groceries. These grocery stores were the places where I learned responsibility. My parents would send me or my sister to go buy milk and learn to deal with money.

These grocery stores were also places of community, catching up. Whenever my mother brought me to pick up a few things at the store, we’d stand there while she and the storeowner caught up on family. These stores were locally owned, and so we’d see the same people running the stores year after year.

The fact that three of the grocery stores were within a one block radius of our home on 8th and Balboa were operated by Chinese is very significant not just for my story, but for the story of San Francisco and the whole country. Why? When this picture was taken, Sino-phobia was still in full force. In those years, Congress banned my people. I invite you to visit Angel Island or the Chinese Historical Museum if you’re not familiar with this piece of the story. Besides a couple of rare examples of Chinese businesses like Jungs on Geary, or a old laundromat on 7th and Balboa, most Chinese were confined to Chinatown. There was no Clement street with the Chinese establishments we know today.

1965 changed all that when President Johnson opened up immigration for Chinese from what was just over a hundred people. And these grocery stores where I grew up represented early examples of a burgeoning Chinese population outside of Chinatown. For the first time, droves of Chinese were able to freely move out of Chinatown and settle here in the Richmond, so much so that as many of you know, Clement street became home to what was once known as “New Chinatown.” 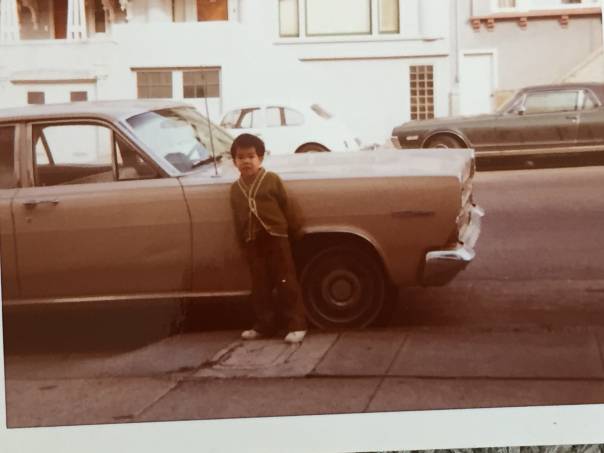 The author in the 1970s on 8th Avenue near Balboa.

When I was growing up, I remember this strip of Balboa with its Chinese-owned grocers, laundromats, and Bradley’s TV repair shop that use to change the tubes on our TV. Our family seemed to know all of them, their kids, what district in China they came from, and more.

Many of these grocers and TV shops are long gone. But their legacy lives on. Because little did I know at the time, 8th and Balboa was a hangout for social justice-minded Chinese young adults. For example, we had a handful Chinese Muni operators living on the south corners of 8th and Balboa. Sounds insignificant when you consider there were over 2000 Muni operators. But when you’re only talking about 20 Chinese Muni operators in the whole City, that’s a large percentage. When Muni went on strike in 1976, Chinese drivers who lived just kitty-corner of this store at 8th and Balboa, they took it into their own hands to organize and dispatch rides for senior citizens so senior citizens could make it to their medical services. I believe those early efforts were the seeds of what is today’s paratransit.

Also, an apartment on the corner of 8th and Balboa was a hangout for young Chinese activists who fought for housing, who fought for the I-Hotel, and a young man named Fred Lau who hung out there, who would later become the Chief of Police in 1995. Living there was another young man, Gordon Chin. Learning the ropes as an intern for Philip Burton, he later founded the non-profit that has fought for housing and rights for the most vulnerable in Chinatown. What these young activists did from this intersection have affected housing and transportation that has served the Richmond District and our whole City, and in some cases, our whole nation to this present day. Little did I know as a kid, that all this action was going on at this humble corner where the 31 Balboa met the old 21 Hayes.

This grocery store on 8th and Balboa is long gone. Gone also are the grocers on 7th and Balboa and 6th and Balboa. But I can walk by them, and still imagine the grocer that would bark out to me to come in to buy the latest Star Wars bubble gum cards. I can still hear the conversations between the grocers and my mom. I can still taste the Adam’s gum and hear the roar of the GMC diesel buses. Little did I realize as a kid, that this little corner would contribute to what we know as today’s ethnically diverse Richmond District.