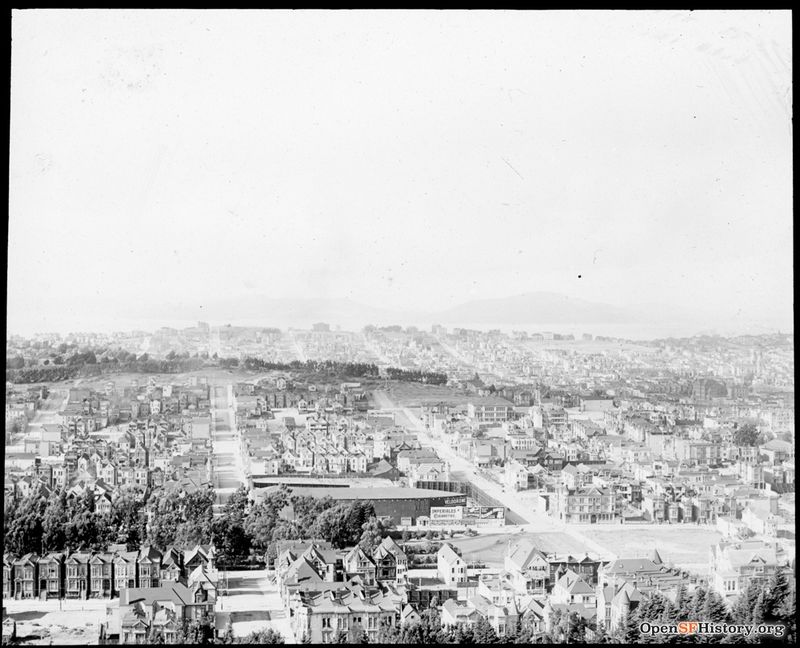 The cycling Velodrome is seen here at Baker and Fell, just north of the Panhandle, in this c. 1898 photo. Later the Southern Pacific Hospital was built on this same location, a building that is now a senior assisted living facility. Further in the distance is the Calvary Cemetery. 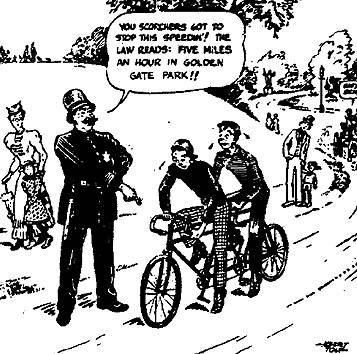