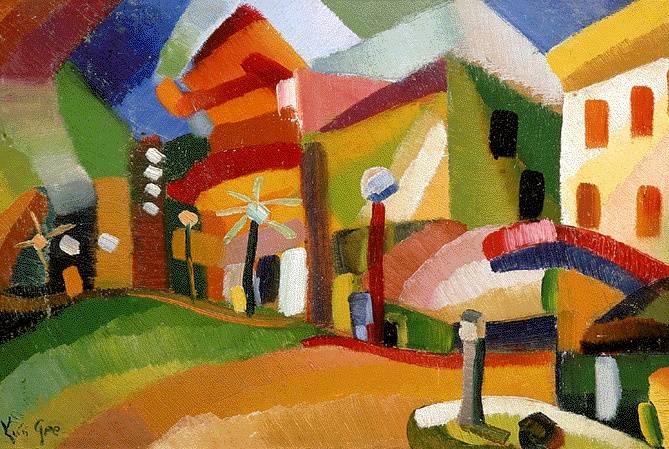 When he painted Chinatown's streets in the mid-1920s in a small picture called San Francisco Chinatown, Yun Gee found it best not to include any inhabitants, as if the quarter was most amenable to picturing when comprised entirely of its new pagoda street lamps (with bright rays emphatically jutting in all directions) and tall building facades. Chinatown seemed most coherent and consistent as a brilliant spectacle, devoid of social relations and daily activity. Its identity was best understood as a carefully constructed place. Part of the modernist, pseudo- cubist aesthetic lent itself to such an attitude, for it insisted on fitting together component parts into an overall set of surface relations. Brushes and strokes fell into jigsaw-like patterns, and the particular task for the painter was to provide a level of visual interest in the play of colored facets and edges.