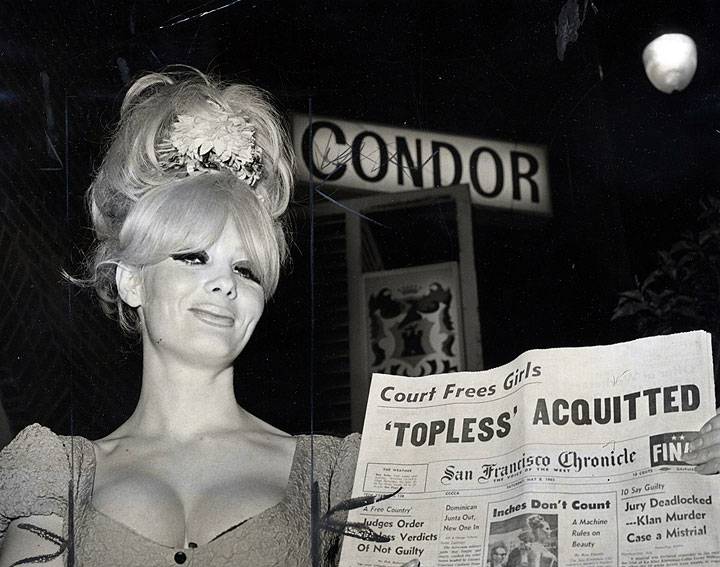 The infamous Carol Doda after her acquittal. 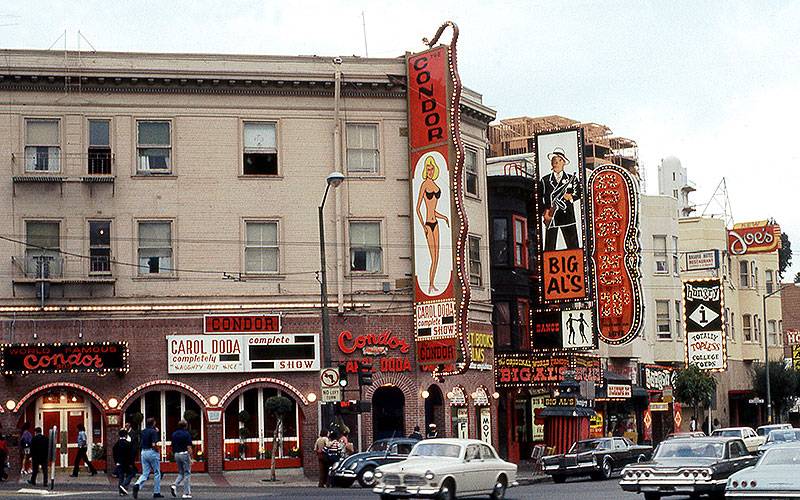 Condor Club at Broadway and Columbus, 1973.

Condor Club, 300 Columbus at Broadway. Silicon-queen Carol Doda, who measures 44-22-36, brought topless dancing to California on June 19th, 1964. The club continued to stretch the boundaries of the natural as well as the permissible: in response to an ordinance prohibiting the display of pubic hair, the dancers shaved their crotches and wore tiny, strategically-placed wigs. (Customers thought they were seeing real pubic hair.) That ordinance, by the way, is no longer in effect. Among the Condors distinguished alumni is performance artist Karen Finley, who went from gams to yams.

—Editor's note: the Condor is now a sports bar ... 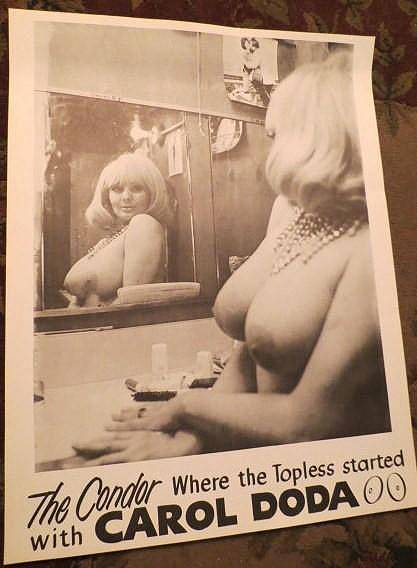 The woman who launched an industry. 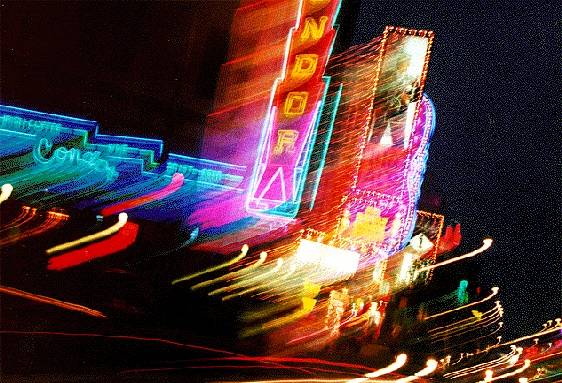 Big Als and the Condor Club in North Beach mid-1990s. 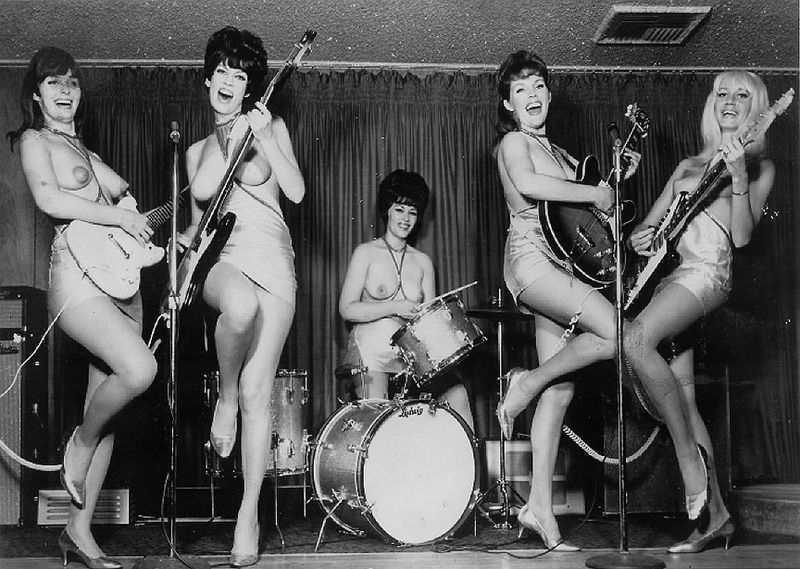 The Ladybirds, a promotional shot, mid-1960s.