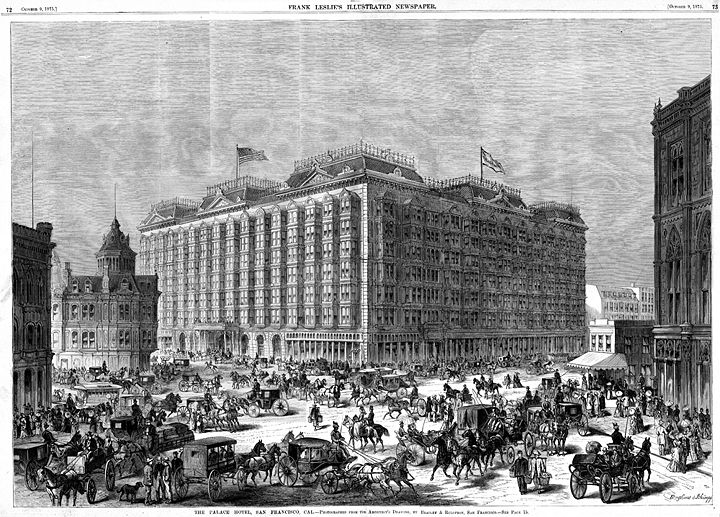 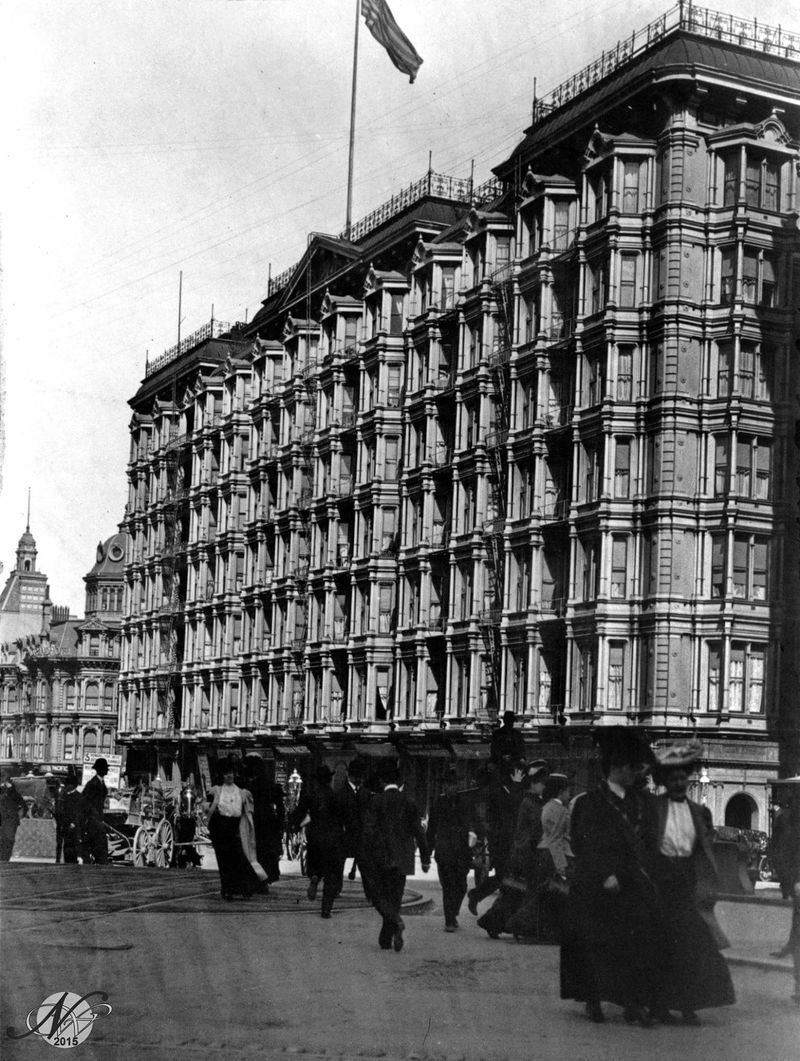 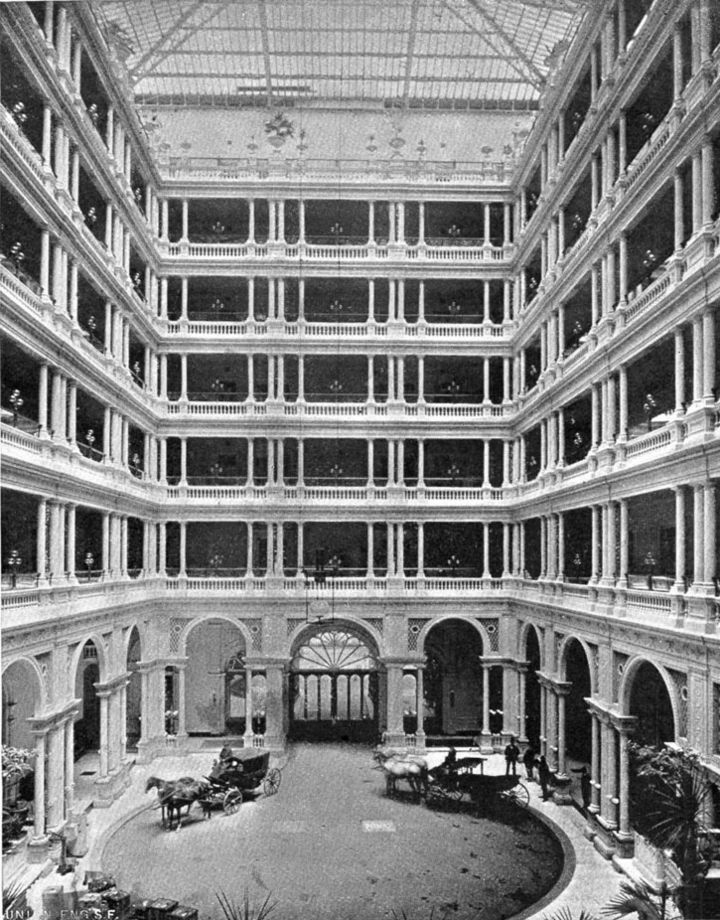 William Ralston's Palace Hotel was to be the opulent capstone of his career and ego. When completed in 1875, it was quite literally the grandest hotel in the world. Its luxurious appointments, high-tech gadgetry, Parisian restaurants, and tiered central light well placed it in a league with the finest hotels of Vienna, Paris, and New York. One historian noted that "the state of California was run from the Palace bar," though he might have added several other Western states, territories, and Hawaii as well. Cost overruns ultimately drove the price of the Palace to nearly three times the original estimate. For San Franciscans, the hotel proved that their city had become world-class in only 25 years. 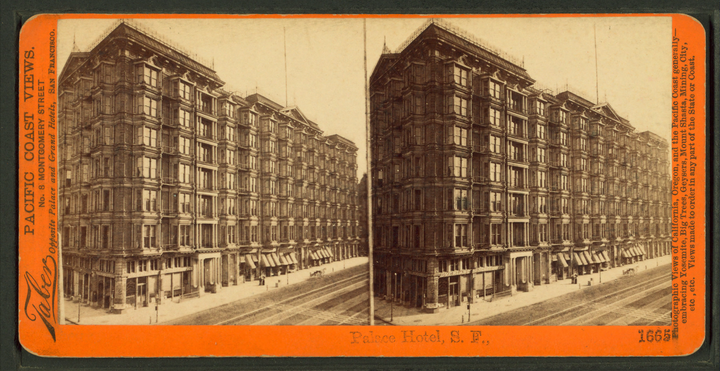 The Palace was also approximately four times too large for Ralston's city. It would not fill for decades. 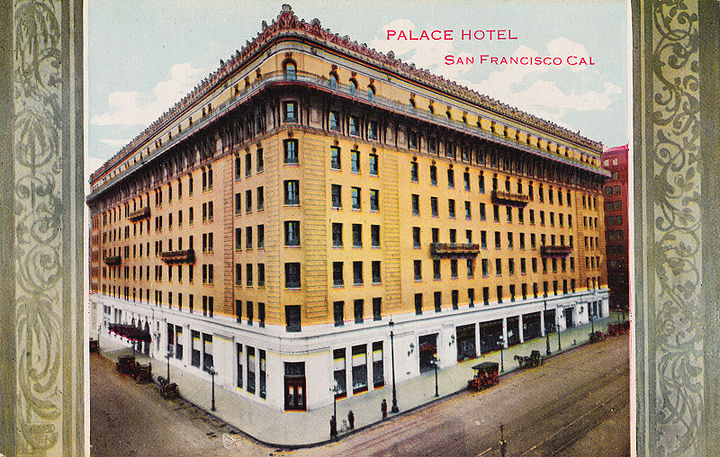 The current version was rebuilt in 1909. When much of San Francisco was razed in the earthquake and fire of 1906, San Franciscans mourned the loss of the Palace Hotel more than that of any other building. The old Palace Hotel, a monumental edifice, had come to symbolize the grandeur (some would say the pretensions) of Victorian San Francisco. Its immense glass-covered courtyard was a classically San Francisco innovation, exemplifying San Franciscans' penchant for combining indoor and outdoor spaces in order to experience nature without suffering the chilly, fog-laden wind. After its destruction in 1906, the Palace was rebuilt, and its glass-covered courtyard, a nearly perfect replica of the old one, converted into a dining room. According to Professor Arthur Chandler, the Palace Hotel dining room is a brilliant reconstruction of a 19th century public space; having a meal there is about as close as you can come to physically inhabiting 19th-century San Francisco. 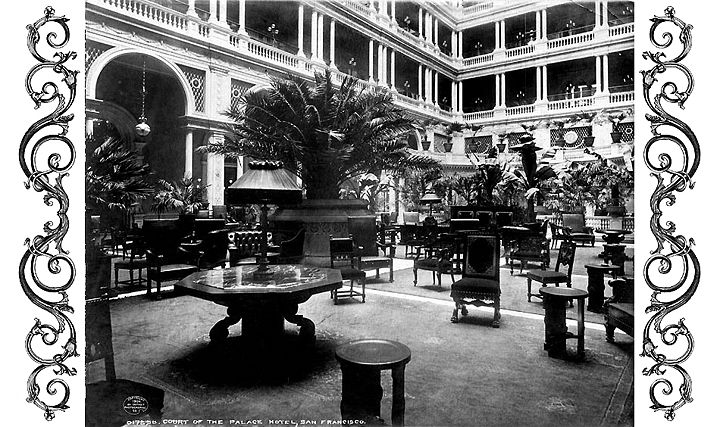 Garden court of the hotel in 1904, after the original carriage entrance had been converted to a restaurant and lounge. 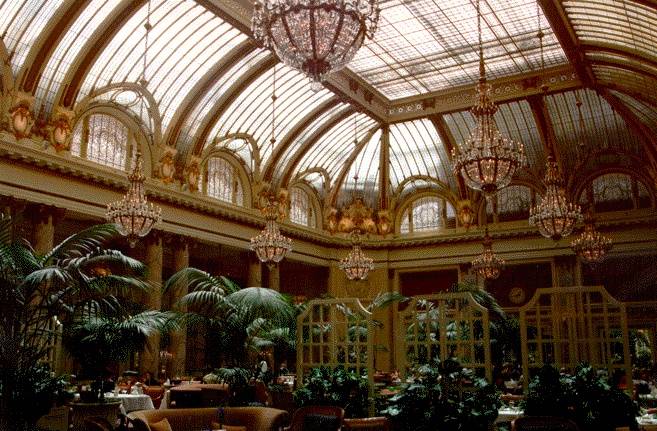 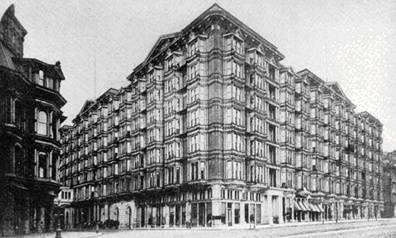 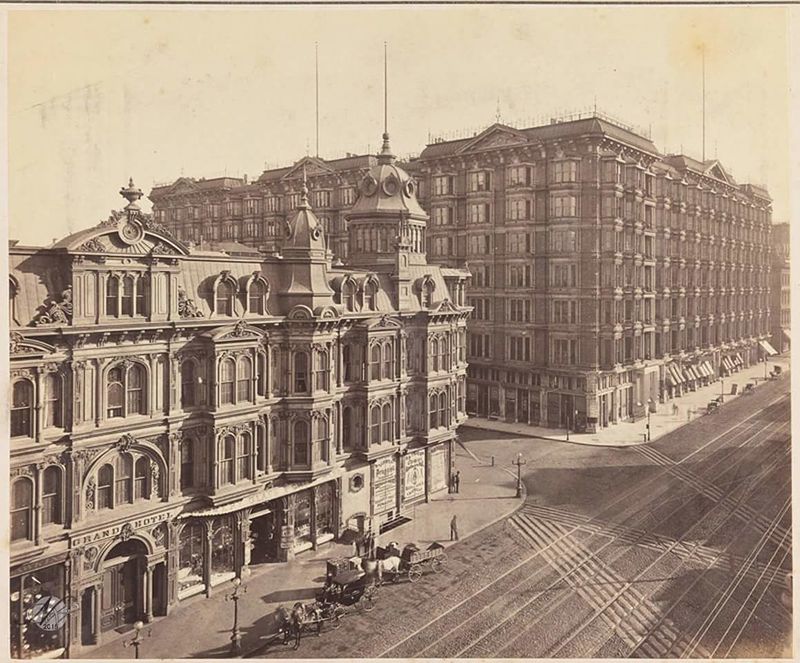 Grand Victoria and Palace Hotels on either side of New Montgomery Street along south side of Market, c. 1880s.