In 2015, the University of California San Francisco opened its Toland Hall to the public for a rare 2-week opportunity to see the remarkable fresco murals painted by Bernard Zakheim and Phyllis Wrightson in the 1930s. Zakheim was at one time mentored by Diego Rivera, and was a key artist in the ensemble who painted the Coit Tower murals in 1934. The series of panels depicts a complicated social history of medicine in California. As of June 2020, UCSF is threatening to destroy these murals as part of a plan to tear down Toland Hall and build a large new medical office building on its site. 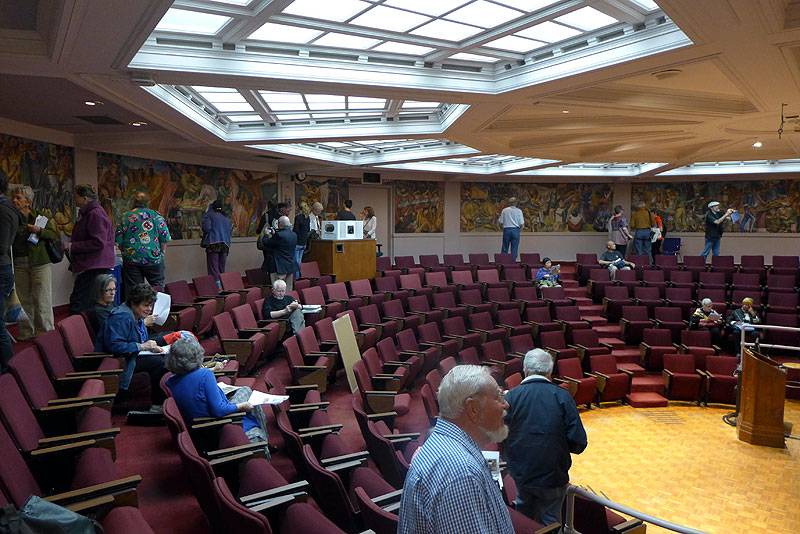 Inside Toland Hall during the brief period in 2015 when the murals were open to public viewing. 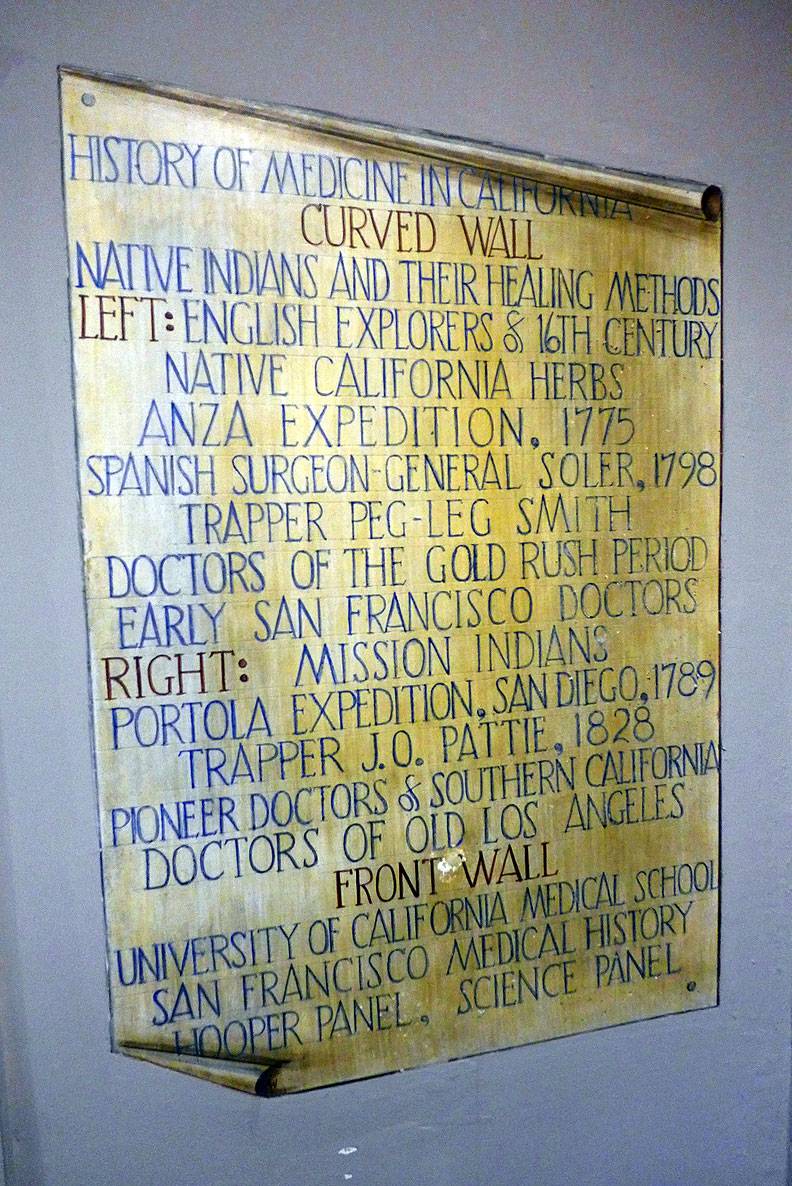 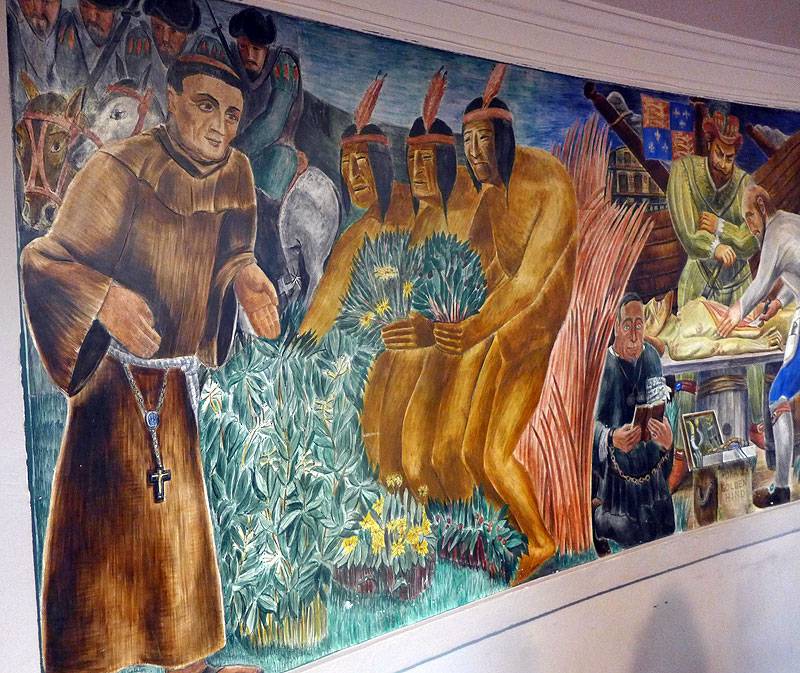 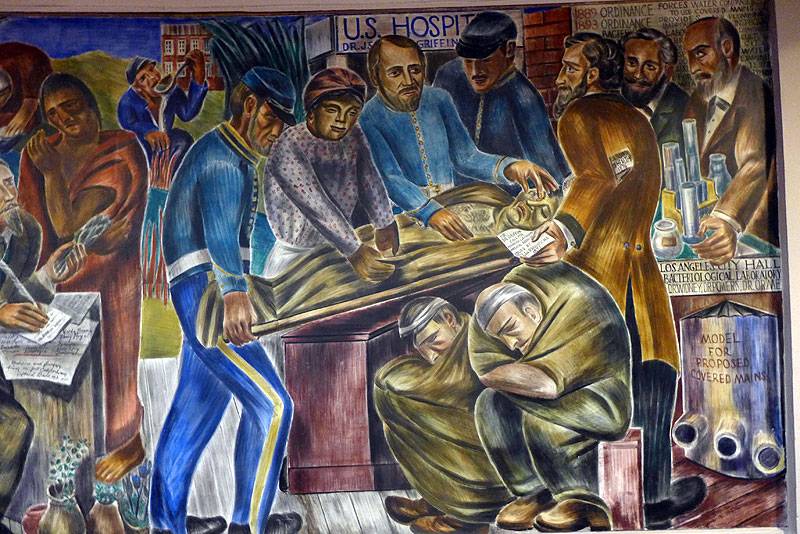 Biddy Mason, a Black nurse, is depicted alongside a white doctor, Dr. John S. Griffin, as they treat a malaria patient. Mason, an enslaved woman born in 1818, went on to become a midwife, a nurse, a philanthropist and a founder of the First African Methodist Episcopal Church in Los Angeles. Across from Dr. Griffin is Dr. Joseph Pomeroy Widney, a member of the first class in the Toland Medical School in 1865, who later helped found and presided over the University of Southern California. 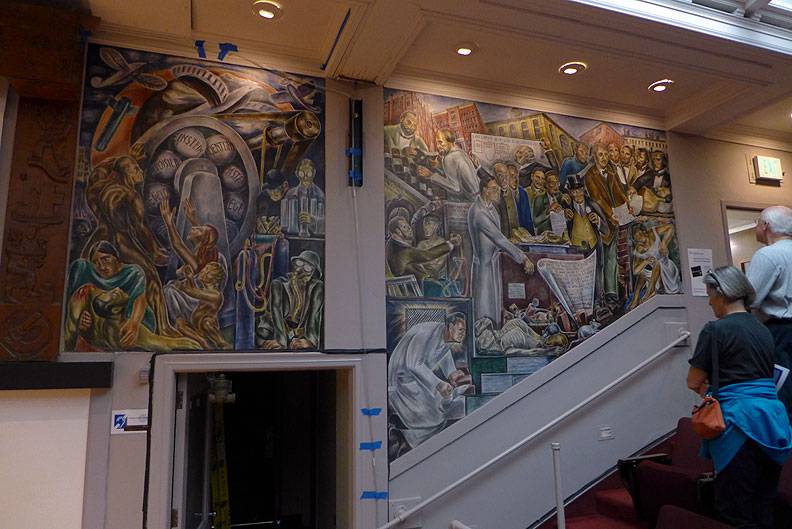 The panel on the left is dedicated to the field of science as a whole—past, present, and future. The large wheel in the center symbolizes the early development of modern science, called into existence by the necessity of the troubled humans in the foreground. The bearings upon which this wheel turns are engraved with the names of the men who laid the foundation for present scientific knowledge. 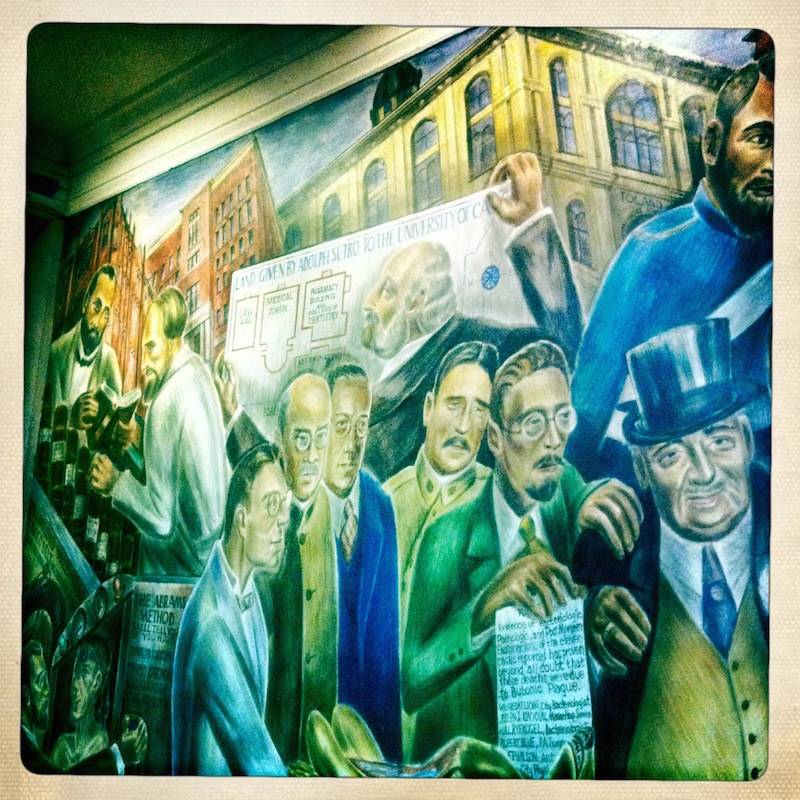 Marking the land donation by Adolph Sutro to the University of California. 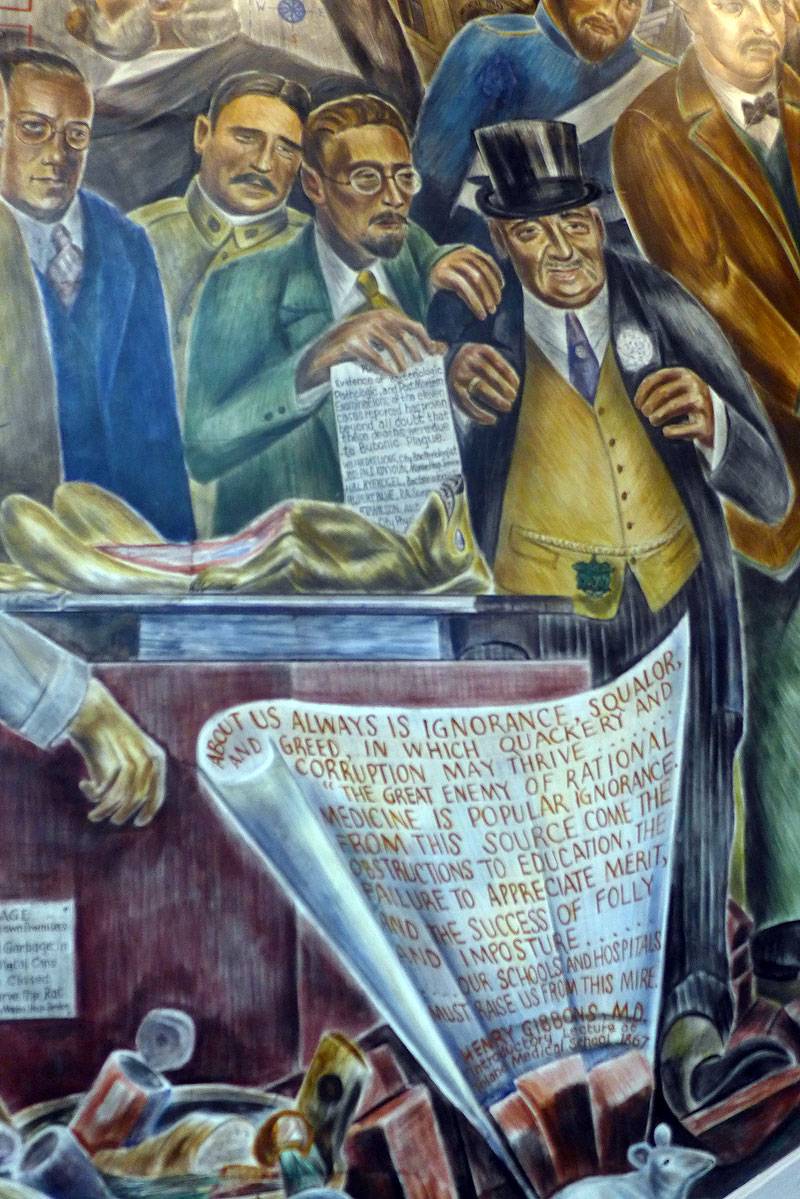 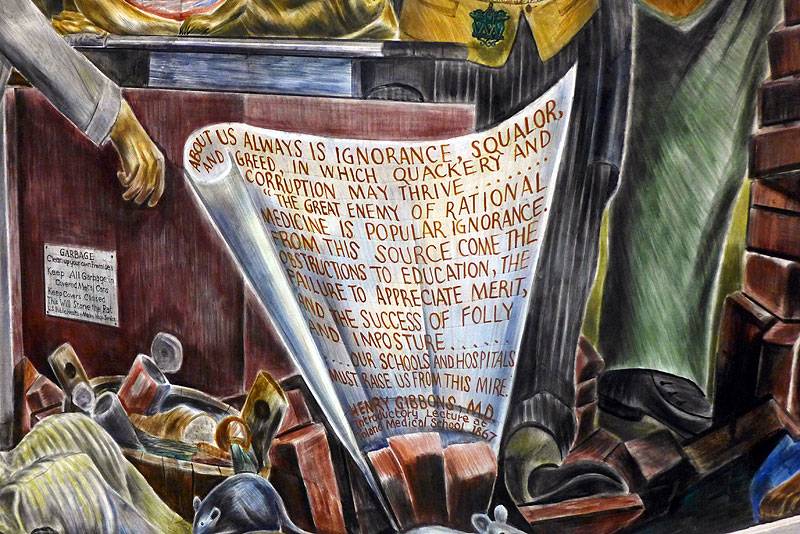 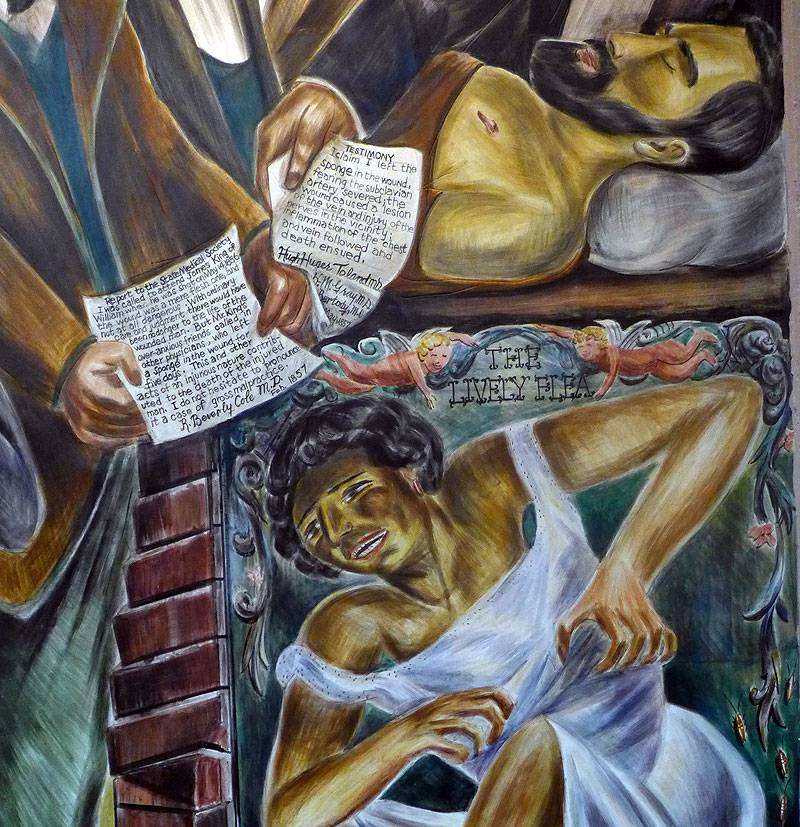 Conflicting declarations on the death of James King of William that gave rise to the second Vigilante Committee hangings in San Francisco. 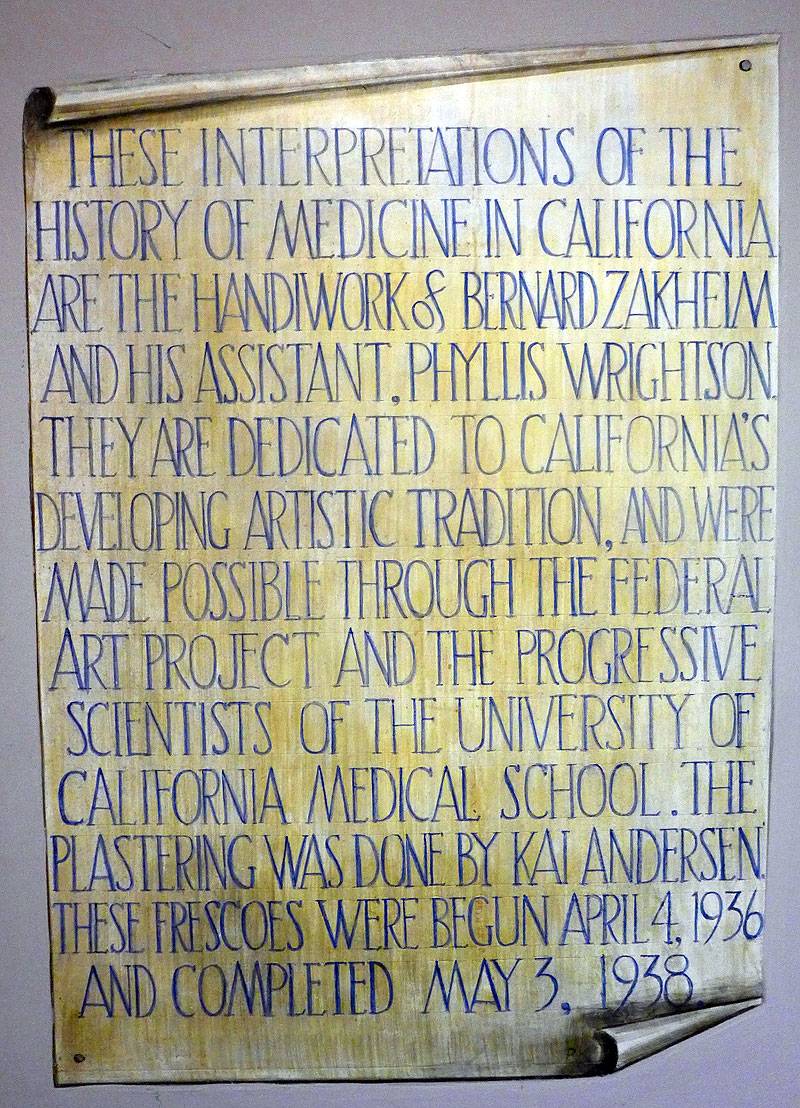 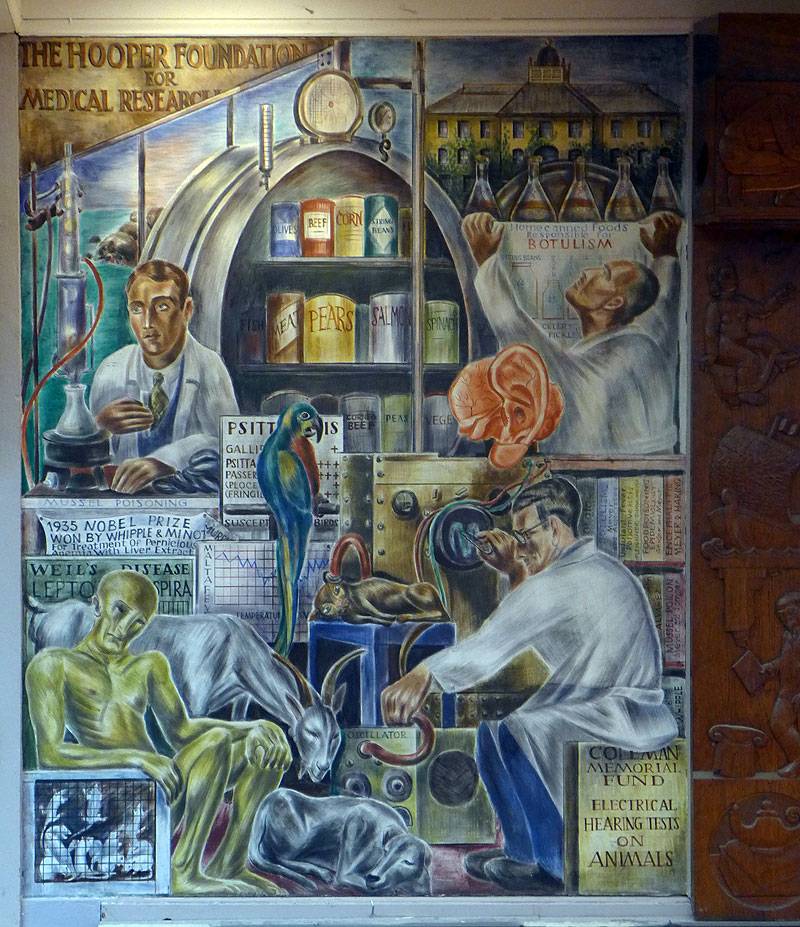 This panel's wood framing is remarkable in its own right. 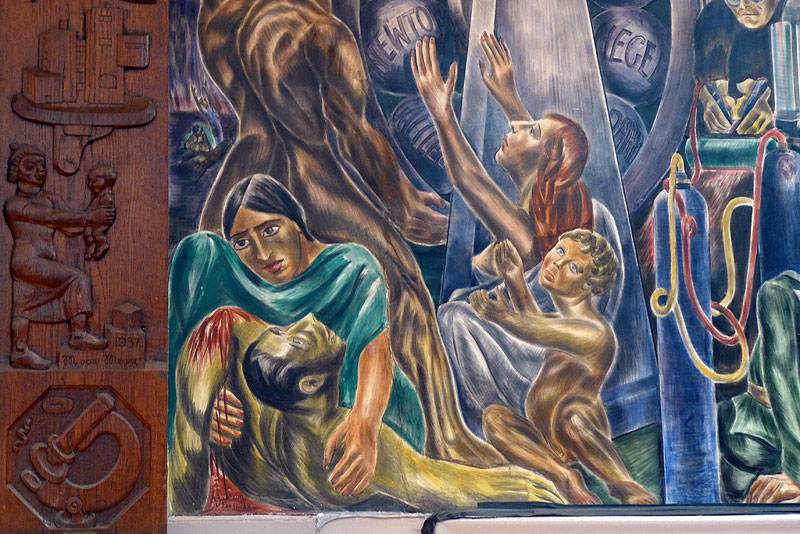 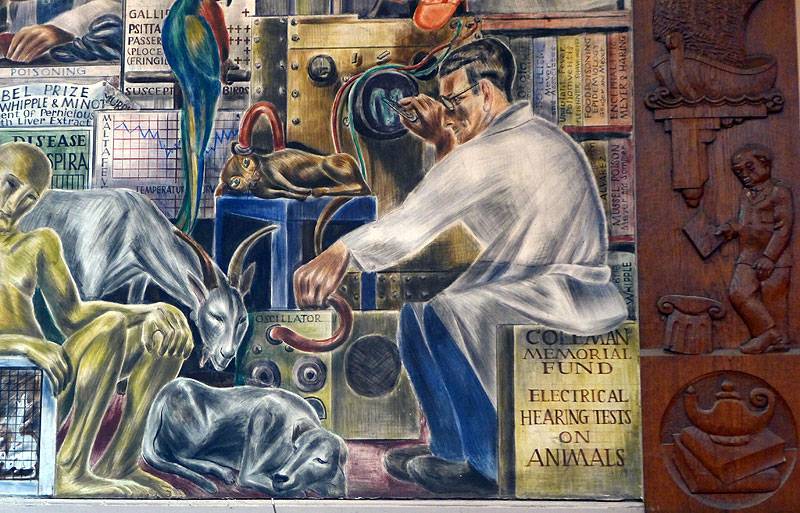 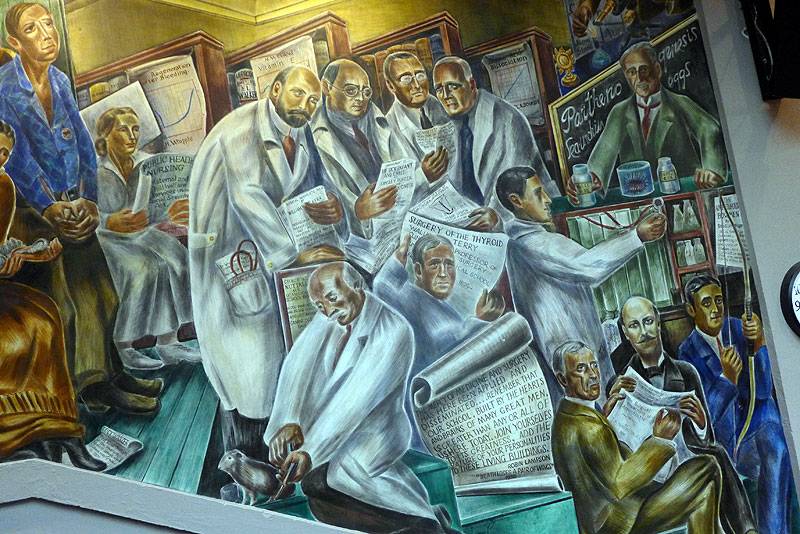 This panel is dedicated to the multiple activities of the University of California Medical School. The same sunburst design is evident, this time radiating from a guinea pig which is meant to represent research. In the upper left corner is Dr. Lucy Wanzer, the first woman to enter the school. Among the group of men occupying the center of the picture are Dr. Herbert C. Moffitt, the most distinguished clinician on the Pacific Coast at the time, and Dr. Robert Langley Porter. 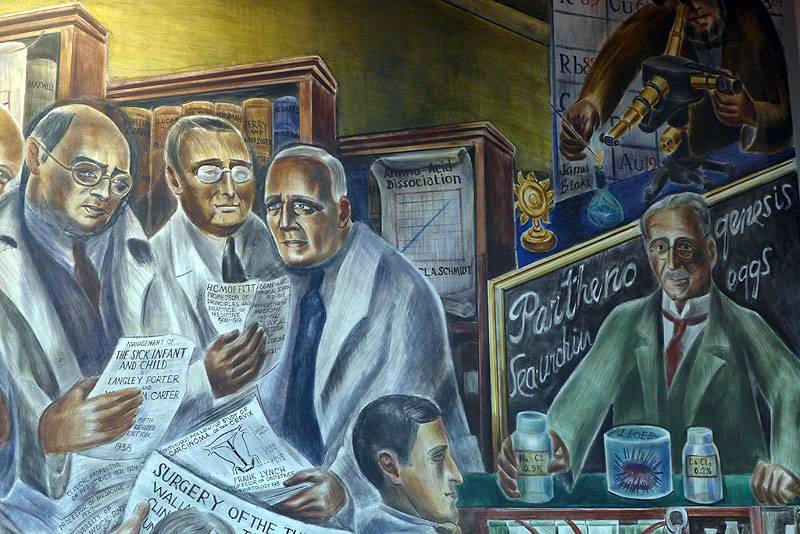 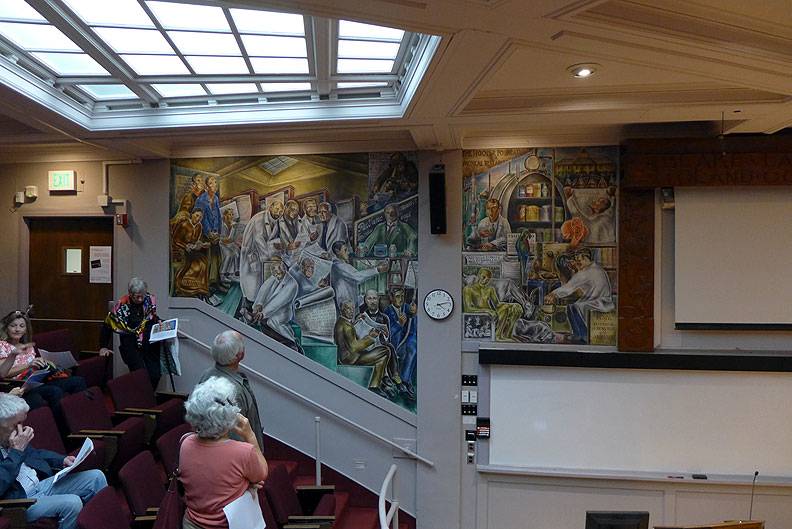 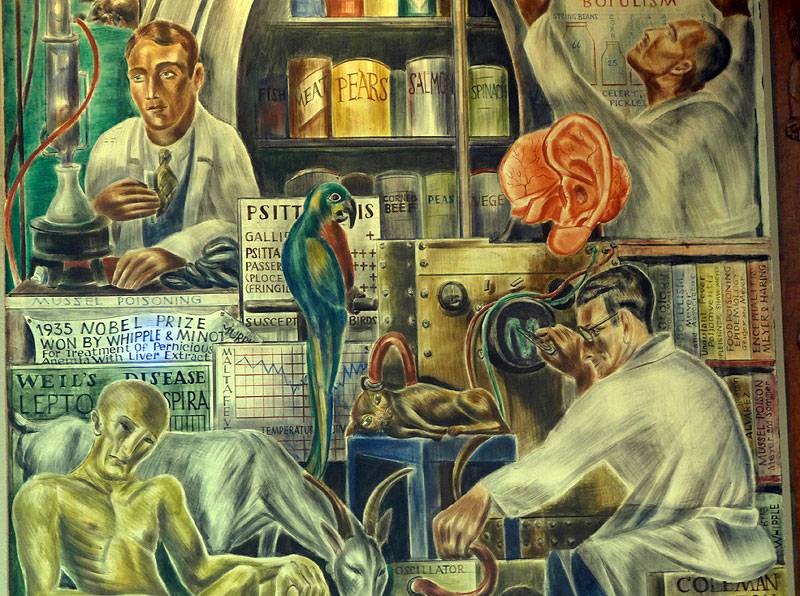 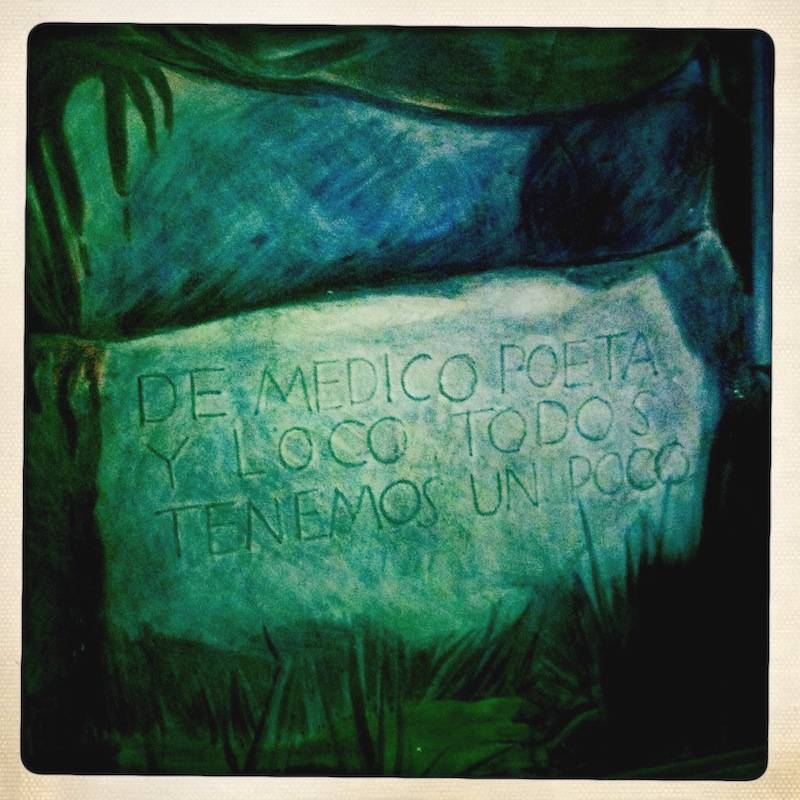 Toland Hall Murals: an Oral History with Chauncey Leake in 1976. Dr. Leake discusses the frescoes painted by Bernard Zakheim in Toland Hall at the University of California, San Francisco. Helen Nahm, Dean emeritus of the UCSF School of Nursing (1958-1969) also participated in this program.

Dr. Robert Schindler (Chair emeritus of the UCSF Department of Otolaryngology) presents a video tour of the murals painted by Bernard Zakheim in Toland Hall at the University of California, San Francisco in 1996.