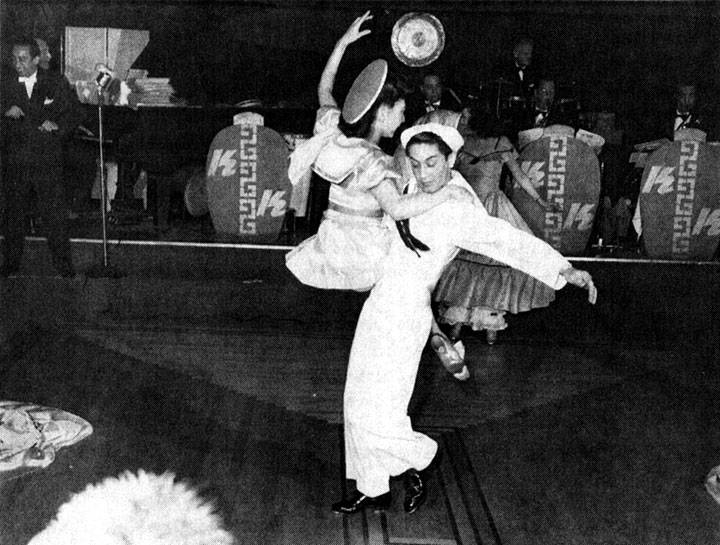 Tony Wing and unidentified dancing partner at the Kubla Khan in the 1940s.

Tony Wing grew up in Stockton, California – a small, quiet city in the Central Valley. His family background includes both Chinese and Filipino. His parents ran a movie theater and Tony was entranced by the glamor and excitement he saw on screen. His younger sister Arlene recalled that he would skip class whenever an Eleanor Powell movie.

From a young age, Tony loved to be in front of an audience. Arlene recalled, “Tony was self-taught. He did take lessons, and he would tell the teacher, 'You don’t know what you’re doing. This is how the steps should be.' And he just watched those movies over and over again.”

Tony served in the army in World War II, and earned a purple heart and a Legion of Honor. When he returned home to California, he started looking for dancing gigs. His first regular job was a guest artist at Eddie Pond’s Kublai Khan nightclub. At that time, he used the stage name of “Tony Costa”, though his birth name was Gonzalo Anthony Lagrimas. Later, Tony changed his stage name to “Tony Wing” to help further his career in the Chinese nightclub scene. He spent most of his dancing career at Charlie Low’s Forbidden City nightclub, performing there well into the early 1960s. Tony's long career at the Forbidden City gave him steady work and the opportunity to work with some of the most talented dancers in the country.

As the Forbidden City and other Chinese nightclubs faded, Tony turned to teaching dance as a career. He had been teaching on the side for some time. He taught at the venerable Chinese YMCA – many of his students there were nightclub dancers who lived in Chinatown. Tony opened his own studio in Oakland and welcomed students of all ages and backgrounds. He was also called upon by Hollywood to train actors - including Jeff Goldblum and Sessue Hayakawa - who had little or no dance experience. 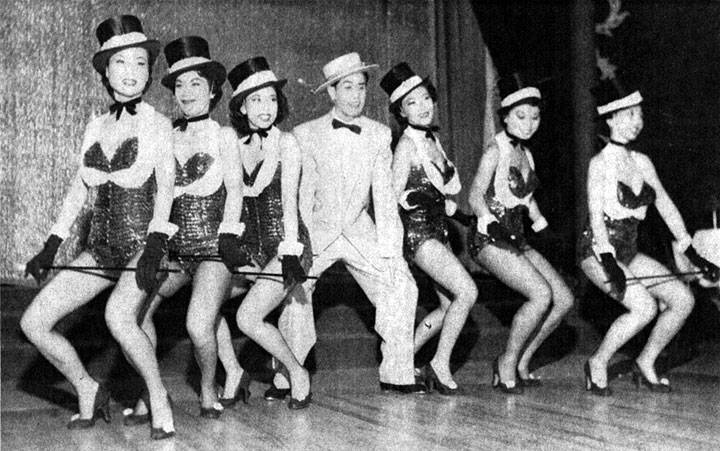