Difference between revisions of "Ticket Taker at the Orphanage" 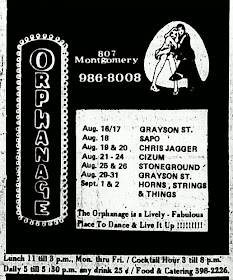 In 1970, and for a few years after, North Beach was an area of mixed culture. Within a few block’s radius there was the City Lights bookstore, Ferlinghetti and his crew, and the MDR (Minimum Daily Requirement) Café where you could get a bowl of pea soup and a chunk of bread for a dollar. A great place for all of us poor hippies to eat something besides Top Ramen.

Along Broadway there were strip clubs with barkers on the sidewalk enticing customers to enter. Pimpmobiles (my favorite was one covered on the outside with leopard fur). And subsequently, hookers.

There was a great club that had authentic belly dancers and on a side street was The Orphanage. A music club. I was the girl taking your money at the door and explaining “sorry, you’re not on the guest list” at the Orphanage. (People love to be offended by this part of my story but it was the times and no one ever wants to admit that things were this way.)

These were the days of Sly and the Family Stone, Graham Central Station, The Tubes, Jesse Colin Young, Jerry Garcia Band. The place was always packed.

I used to see Sly all over town. One night when Larry Graham was playing Sly showed up with his entourage. The club had a rule of “no hats” for gentlemen. Ostensibly this was supposed to keep out The Pimps who wore their extravagant hats to say who they were. 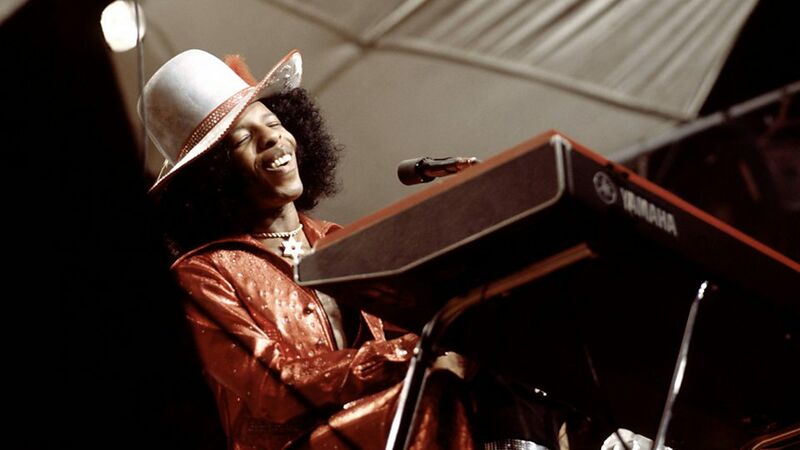 Sly Stone on the organ.

So here is Sly, at my booth, in a full-length fur coat with a large matching hat. So, in an effort to do my job, I told Sly that he could not wear his hat. There was an audible gasp from his companions at my audacity, but Sly was cool. Luckily, a manager saw the large crowd at the door and ushered them in, with the hat. I did not get in trouble because my boss loved my nerve. It made him money. I always looked forward to midnight because the club was full by then and I got to enjoy myself in the club. Things really cooked in that place after midnight. I saw groups that I would never have had a chance to see otherwise.