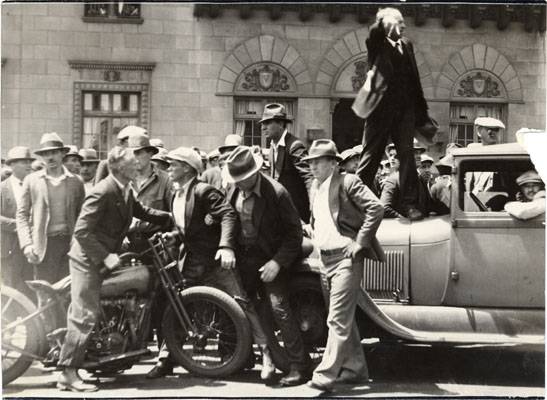 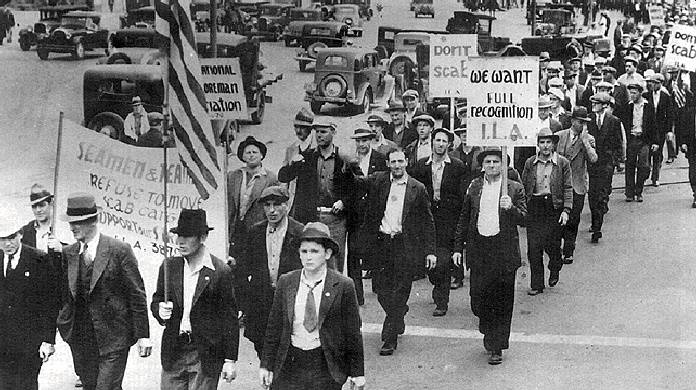 Waterfront Strike in May 1934, a part of the events leading up to the General Strike in July.

The longshoremen set a strike date of March 23 and elected a 25-man committee to organize it. The day before the scheduled walkout, President Roosevelt sent a telegram asking that it be postponed so that a fact-finding commission might conduct an investigation. A communist longshoreman, Sam Darcy, suggested that the delay was actually to ensure "a plentiful supply of student scabs" when the college semester ended later. ILA leader Lewis accepted the president's request anyway and after six weeks of secret negotiations concluded another unfavorable agreement. 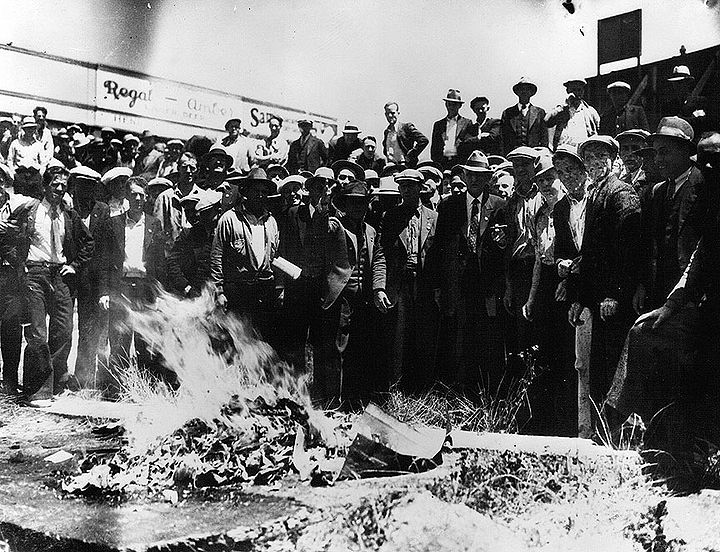