The Tenderloin in the 20th century 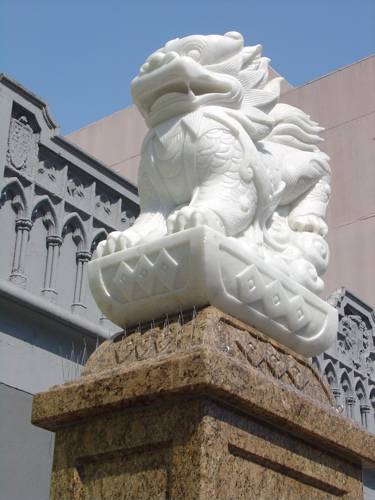 The Tenderloin features two pillars at Larkin and Eddy which serve as gates to Little Saigon. The ky linh is a mythical animal in marble atop the pillars, which were installed in 2008. 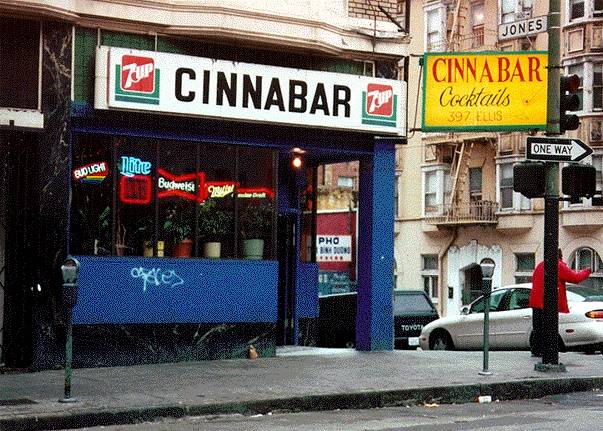 The Cinnabar on Jones Street, mid-1990s.

After the earthquake and fire of 1906, this neighborhood was rebuilt as one of the most densely populated and built-up residential areas in the city, with a large number of apartment buildings and residential hotels. The Tenderloin earned its name from the widespread practice of police payoffs in the district that allowed police officers to eat luxurious "tenderloin" steak. For most of the century it has been known as a low-income neighborhood and has housed tremendously diverse people: elderly, Greeks, Indians, Arabs, African Americans, Filipinos and gays. Since the 1970s, a growing number of Vietnamese, Laotian and Cambodian immigrants have settled in the neighborhood. 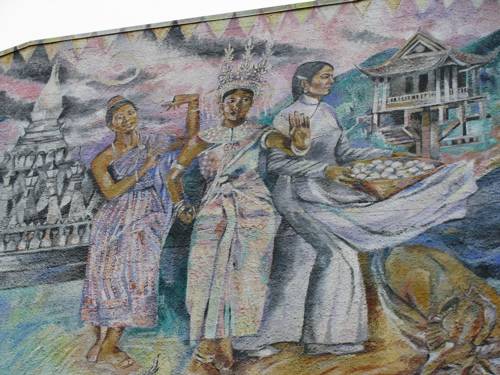 Detail of a mural on the back of the Southeast Asian Community Center along Olive Alley by Johanna Poethig who intertwined images from Laotian, Vietnamese, and Cambodian cultures. 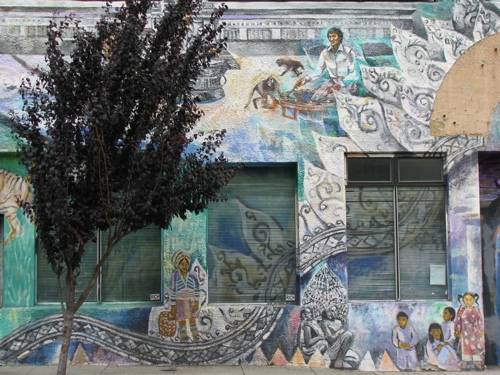 The first large migration of Vietnamese into the United States came in the 1970s with elites who fled their home country after the fall of Saigon in 1975. The second wave of immigrants to enter the city in the 1970s consisted of a group of people who have been labeled the "boat people." Most of these Vietnamese immigrants are ethnic Chinese. These immigrants were attracted to the Tenderloin area by its low rents and high rates of tenant turnover. The influx of Vietnamese, as well as Cambodian and Laotian families to this district has added a family element to the area, with children and youth making up a growing proportion of a community with few open spaces. It has also led to an increase in nonprofit agencies serving a wide range of the community's needs.

Today the Tenderloin residents remain overwhelmingly people of color: 71% are Asian, 14% are Latino and 10% are African Americans. Until recently this neighborhood was one of the few in San Francisco without a locally centered public school, which is remarkable considering that today over 6,000 children are living in the Tenderloin. Due to the overwhelming need for community based schools and thanks to efforts by local community organizations, last year a bond measure was passed to build an elementary school and the groundbreaking has begun.