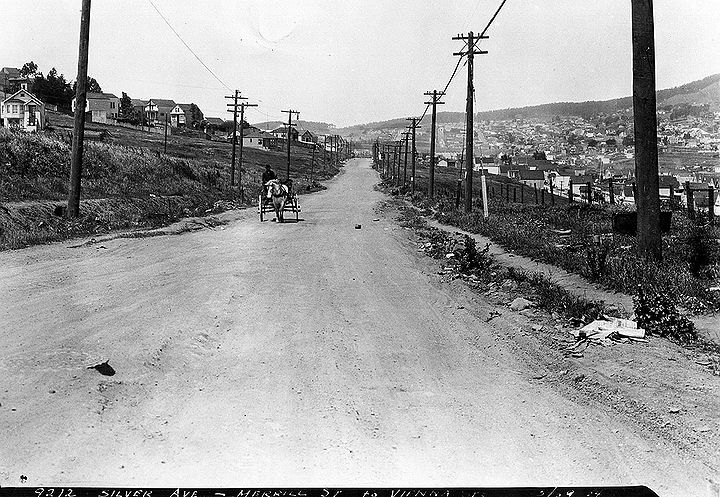 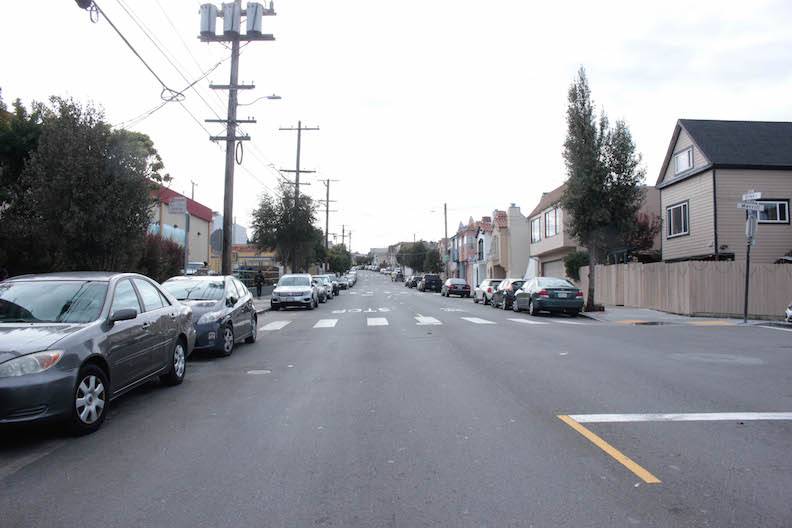 In 1869 the Homestead Association filed with the SF Department of Streets and Maps a plan which delineates the blocks and streets as they exist today in the Portola District except that Berlin has been changed to Brussels and College was renamed Colby. Yet in the early years of 1900 the Portola District remained largely agricultural with the few existing streets as yet unpaved. Cattle grazed on the hills. To the west side of Charter Oak Avenue, a street mostly lost under the 101 Freeway, were numerous greenhouses growing flowers. To the east extending to the bay (not as far east as today) were truck gardens. Along San Bruno Avenue were businesses whose owners often lived with their families above their stores. During the Gold Rush era, produce for Yerba Buena, as it was then known, came down by boat from Stockton and Sacramento. In the early 1900's trucking produce in from the Portola District to the former Produce Market, where the Golden Gateway has been developed, probably made food a bit less expensive. The likely customers for the cut flowers from local greenhouses were the boarding houses, hotels, restaurants and well-to-do -residents. 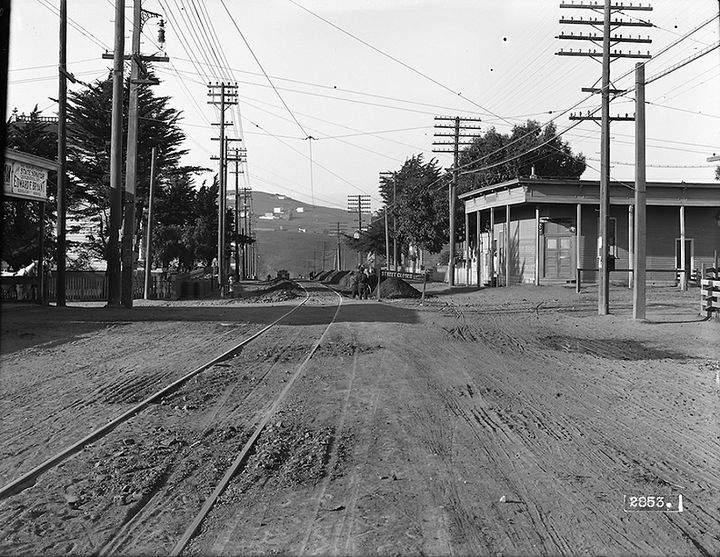 Today the Portola District, approximately one square mile tucked in the southeast section of The City, has a very high percentage of owner-occupied single-family homes, many schools and churches and a busy 9-block business strip along San Bruno Avenue. It is not a well-recognized neighborhood. It is not part of the Excelsior from which it is separated by the McLaren Ridge, nor the Bayview from which it is separated by Silver Terrace (a contiguous part of Portola until the construction of Bayshore Freeway). It is similar in size to Bernal Heights, which always gets recognized as a separate neighborhood. Maybe it is because Bernal sits on a height, while Portola is a valley originally defined by the Alemany trough (which covers lslais Creek), McLaren Ridge and Stony Hill. Its nicknames, long since discarded, were Little Jerusalem and The Flat.

Oral histories by residents born in 1907 and a few years later give some insight as to what the area was like as they were growing up: 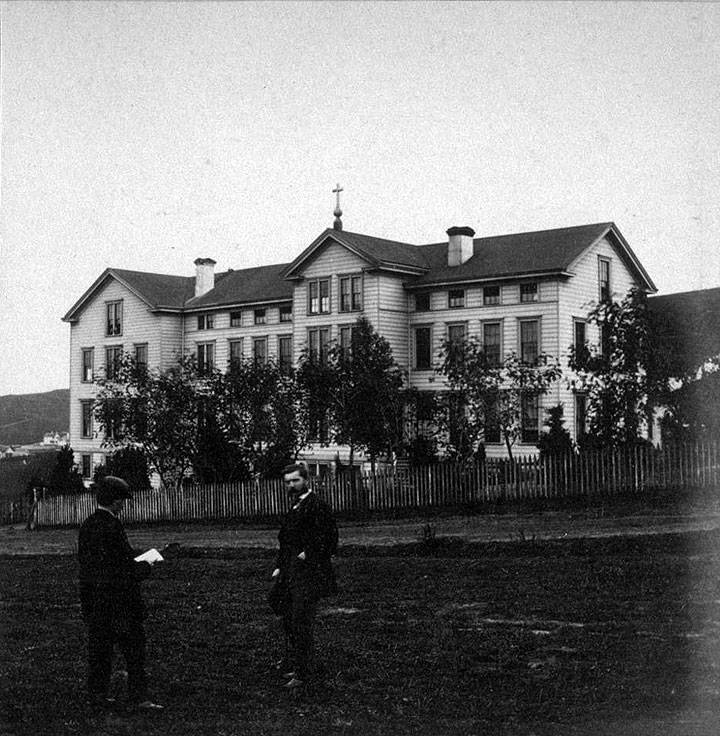