The Panhandle in 1882. Baker and Oak Streets at front right corner of park, dunes still predominant in area. 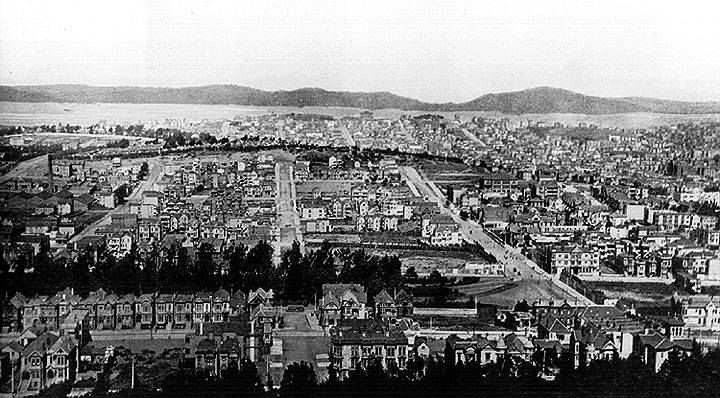 Just a little over a decade later, the Victorians are beginning to crowd around the Panhandle, gateway to Golden Gate Park. 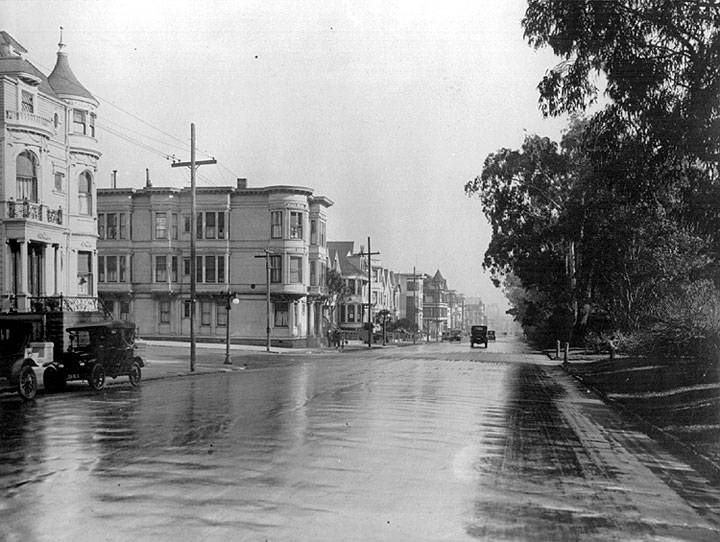 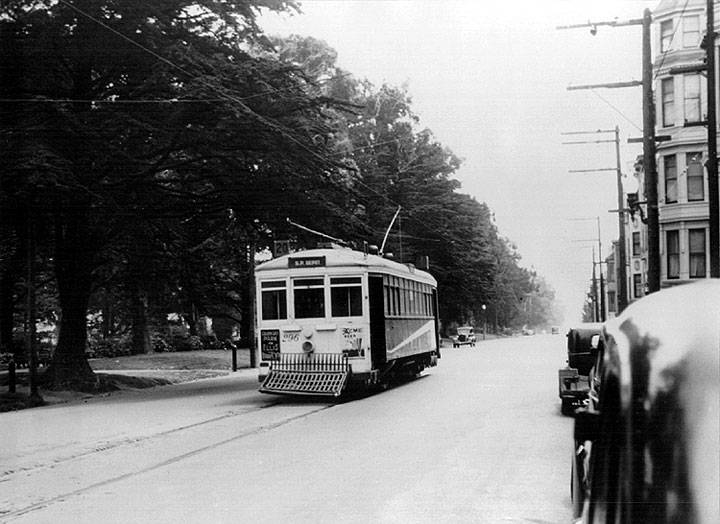 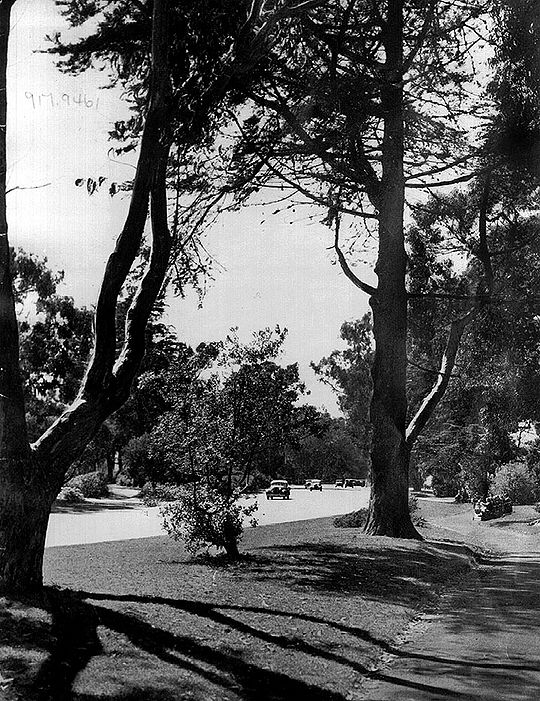 Cars drive up the Panhandle to enter Golden Gate Park, circa 1931. 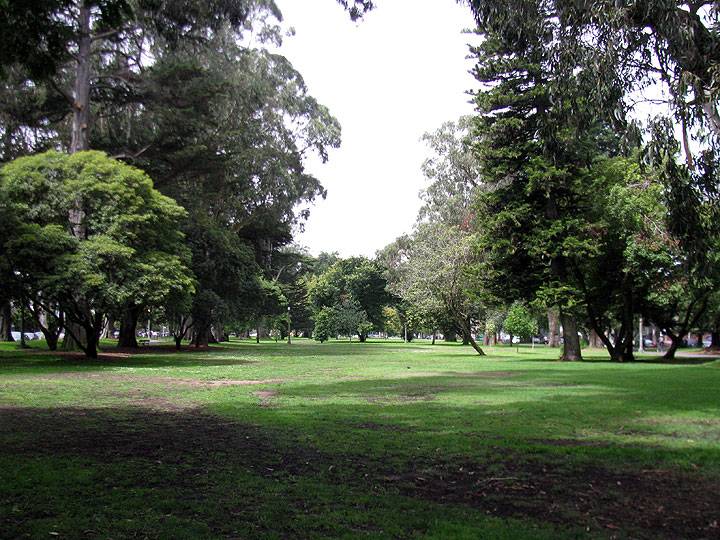 Former roadway through the Panhandle is now a series of grassy meadows approaching the park. 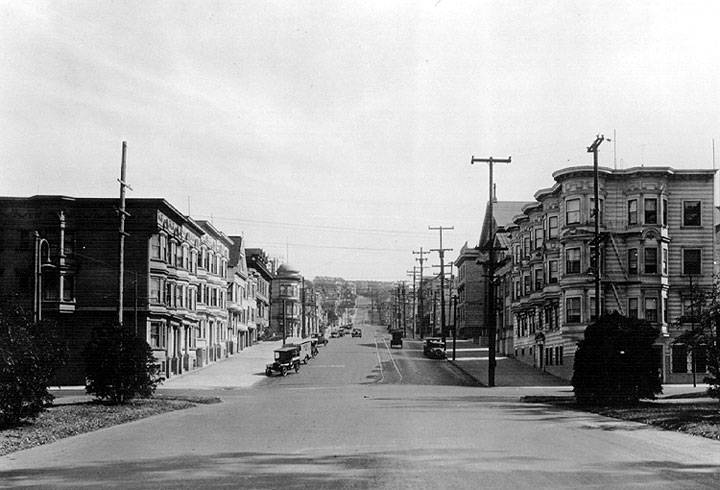 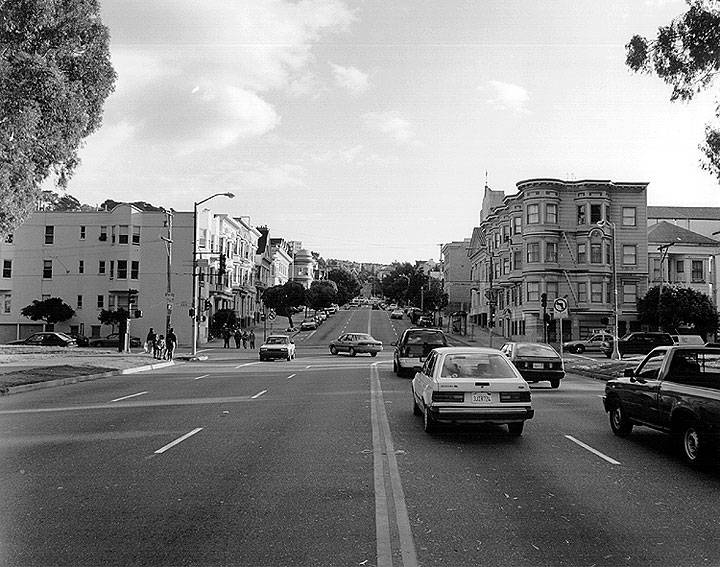 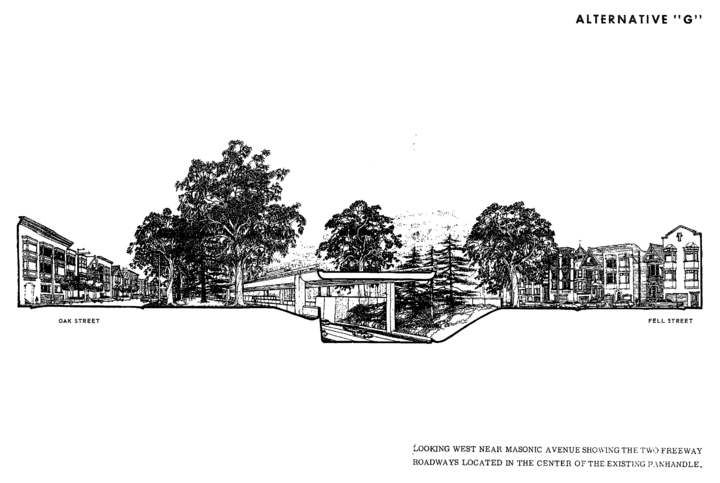 Plans for Panhandle Freeway, defeated by concerted citizen activism in the 1950s-1960s. 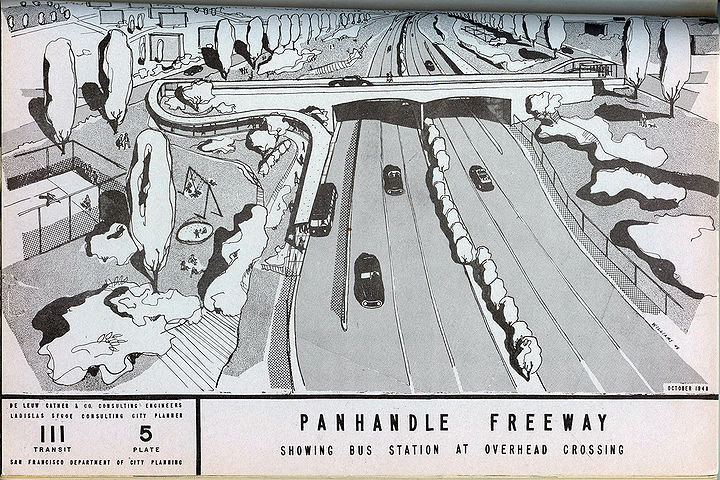