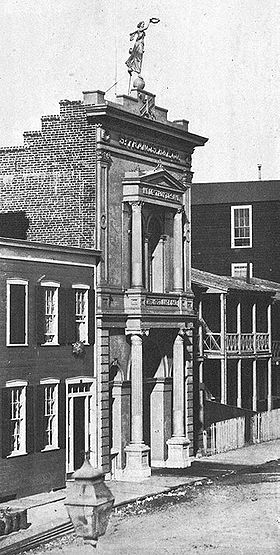 The two German brothers were fitness fanatics, adherents to a gymnastics program that began because some people were convinced Prussia was defeated during the Napoleonic Wars because the troops were out of shape. The brothers had come to San Francisco to start a new life and were determined to instill a fitness mentality in their new friends. That was the genesis of a venerable San Francisco organization that is celebrating its 150th anniversary in 2010: The Olympic Club, America’s oldest athletic club.

Once they arrived in San Francisco, the brothers, Charles and Arthur Nahl, both artists, opened a studio at 79 Broadway and filled the backyard of their home with gymnastic equipment, inviting friends over for exercise and fellowship. It wasn’t long before the group decided to organize an athletic club and in 1860, during a meeting at the nearby Lafayette Hook and Ladder firehouse on Broadway, 23 charter members formed an organization they called the San Francisco Olympic Club. The name was derived from the ancient Greek Olympic Games.

Photo to left: St. Francis Hook and Ladder firehouse on Broadway, to give a sense of what the Lafayette firehouse would have looked like around the same time. 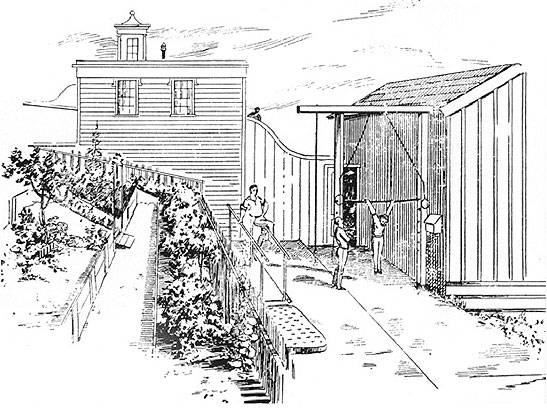 An 1893 sketch of the Nahls’ backyard on Broadway, complete with athletic equipment.

Among its early members were prominent San Franciscans: James G. Fair, John Mackay, Charles Crocker and Leland Stanford. Even Mark Twain frequented the club, and wrote to his mother “that I feel like a new man. I sleep better, I have a healthier appetite and my intellect is leaner.”

It could also boast a world champion in those early days: “Gentleman” Jim Corbett, who won the world heavyweight title in 1892. It is said that Baron Pierre de Coubertin, founder of the modern Olympic Games, visited the club in 1893 to inspect the facilities as part of his plan to reinstate the games. The Olympic Club sent its first members to the international games in 1904 and in 1924, 23 members represented San Francisco, more than any other club or institution in the United States.

With its membership growing, the club purchased land at Post and Mason, hiring architect Henry A. Schultz to design a facility. It was complete with a natatorium or indoor swimming pool that was supplied with salt water from a pipeline that ran from Ocean Beach to the Post Street location. 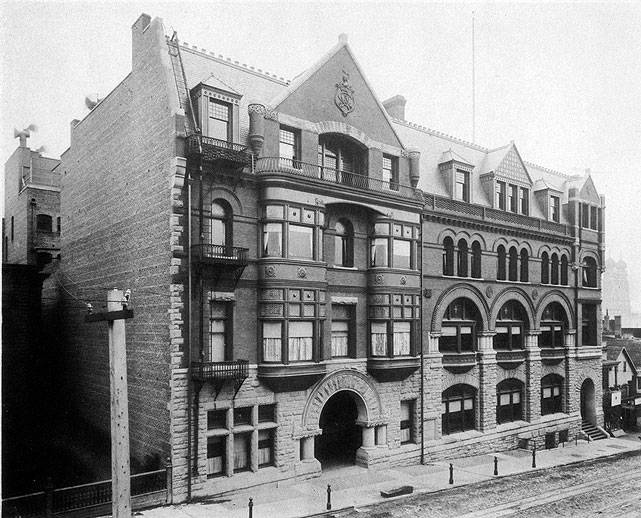 Tragedy struck on April 18, 1906, when the building burned to the ground during the San Francisco Earthquake and Fire but a resolute membership raised funds and a new building opened in 1912.

The club figured prominently in the 1915 Panama Pacific International Exposition (PPIE). Athletics were a major focus of the PPIE and club members participated in every athletic event, hosting athletes from all over the United States.

With its early focus on swimming, track and field, boxing and later, basketball, the club fostered many swimming champions, and its track and field teams won several AAU titles. The club could also boast of having defeated both Stanford and Cal in football in 1925 and 1928. In 1941, Angelo “Hank” Lusetti led the club to the finals of the 1941 National AAU Basketball Championship. In modern times, club member Maureen O’Toole won a Silver Medal in water polo at the 2000 Olympic Games in Sydney, Australia. 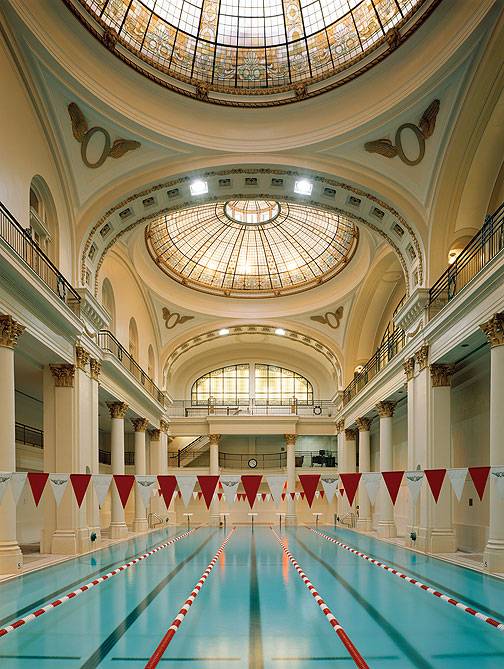 The Olympic Club's historic Natatorium in its downtown facility.

In the 1910s, the nation experienced “golf fever” and the Olympic Club got into the action by installing a putting green and driving canvas on the roof of the Post Street building. In 1918, the financial woes of the Lakeside Golf Club out by the ocean allowed the club to take over operations and eventually it bought the facility. In 1922, the club hired architect Arthur Brown, designer of City Hall, to design a new clubhouse which still stands today, although renovated over the years.

It was not always fun and games. The club sent almost 2500 members to fight in both World Wars and in 2009, dedicated a Memorial Wall at the Post Street facility honoring those who gave their lives.

The Olympic Club was a male bastion until 1991 when a San Francisco discrimination lawsuit was filed. It was settled when the club agreed to admit women. Today, there are more than 500 female members.

Since 1890, the famed “Winged O” has been the symbol of the Olympic Club. It was first used in 1890 at the grand opening of the club’s Outside Grounds on Lincoln between 7th and 8th avenues. The grounds were used for the Pacific Coast Amateur Athletic Association Championship Games. It has been updated from its original design but the original design is being used during the club’s 150th anniversary.

With a goal of “giving back to the community,” the club formed the Olympic Club Foundation in 1992, and through its “Campaign for Kids,” has given more than $3 million in grants for athletics programs benefiting more than 65,000 youth throughout the Bay Area.

On May 6, 2010 the Olympic Club celebrated 150 years in San Francisco. It is certain the Nahl Brothers could never have imagined that their initial backyard endeavor could have morphed into the oldest and one of the most prestigious athletic clubs in the entire United States.

This article originally appeared in Panorama, July-September, 2010 Vol. 22, No. 3, the newsletter of the San Francisco Museum and Historical Society.