The End of Fat Walter

A passerby, Luis aka El Patin heard gunshots from inside the El Azteca restaurant, against the far wall, lay the dying body of Fat Walter.

“I’m not locked up any more mother fucker you ain’t gonna rob me again, I’m here to kill you, you ain't getting out of here,” were the last words he heard. The last words he spoke were, “please don’t, no, no, no.” 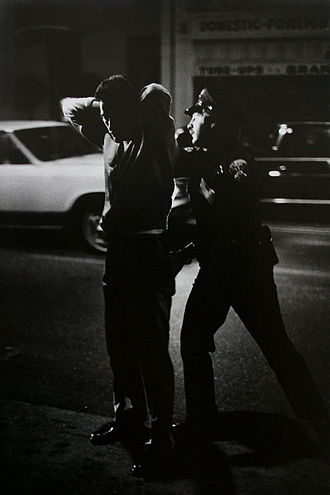 Escalera (The Ladder), Fat Walter’s cousin, came up to me hurriedly and said, “Ayudame (help).” “No joda (you jibe),” I said. “This bato (dude) is dead besides he is 300 pounds.” He wanted to take him to the hospital. The woman manager reacted with, “Don’t touch him, don’t touch him, I called the police.” They turned him over his gun showed he was packing heat. The killer was a dealer whom Walter had robbed repeatedly. He was prepared; he went all the way to the back of the restaurant. They say the killer had gone crazy, he could have had a defense if he had killed only Fat Walter but he killed another guy. The hail of bullets killed another person, Ana Daisy’s husband, an up-and-coming bandleader. Ana Daisy was a popular local professional singer from the Mission. She even got on a popular TV show on Univision—Don Francisco. The dealer was arrested after someone fingered him. The rest of the customers stumbled out over each other. Escalera was from 24th St. They grew up together—somehow he went robbing with Fat Walter.

According to my informants, this was inevitable because, after he got out, Walter “era pedrada (was a hardass).” Why was he shot? The “the guy was a big bully” and besides he was robbing drug dealers. This robbing spree my sources informed me started in CRC (California Rehabilitation Center) that is; in prison. He was in CRC when he began the pressure on this dealer. In CRC, the dealer didn’t want trouble, so he put money on the books for Fat Walter, while in the “hotel” he would treat him like a bitch. Walter was a giant of a man.

Once on the outside, he robbed him three times, the first time he put a gun on the mother’s head, then he kidnapped and robbed him and left him naked on the freeway when he threw him out of the car, the third time he took the son as collateral.

On the streets, Hansen, an undercover burglary detail cop, got on Walter, he had a sort of a draw on Hansen. Once, on 24th St., my sources told me during our interview session, “We wuz standing around when he said anxiously, ‘There come Hansen, there comes Hansen,’ and went to hide standing behind a light pole but he was so fat, twice as big as the pole, he could be seen. ‘What are you doing?’ Hansen said. ‘You damn fool, come here,’ Hansen took him to jail.” My source relates, “He knew what he was, he picked on him, until he did time, once you do time you grow into this other persona, with time he came out but he was not the same, he was gangsterized.” Walter’s partner Escalera was a nice guy, he would always say to me, ‘Hey Nicoya, como estas.’ When drugs take over you lose that innocence. It seems he did not care about doing time.”

Walter was from 24th Street he was a Salvadoreño, he spoke Spanish, and he grew up amongst us, part of la mara, he was also from 22nd and Bryant. The main thing that happened to him was that he got strung out (or addicted to heroin), like a lot of people he came from good working family from St Mary’s Park, an exclusive kind of place, he lived there with his mom.