I think the idea of the Diggers formed out of the summer planning sessions of the Artists Liberation Front held at the Mime Troupe loft on Howard Street. Emmett Grogan is prominent in the photographs of those sessions. By the fall, ALF was planning a series of neighborhood street Free Fairs. These would be the first time street art came to some of San Francisco's neighborhoods, for example, the Tenderloin. And not only street art this would be the first time rock and roll bands played outdoors on city streets. Santana would play in their home territory, on Shotwell street in the Mission District. In the coming months, the Be-In as a participatory event model swept the country. The first Be-In, which the planners called A Gathering of the Tribes, happened a few months after the Free Fairs that the Artists Liberation Front carried out. 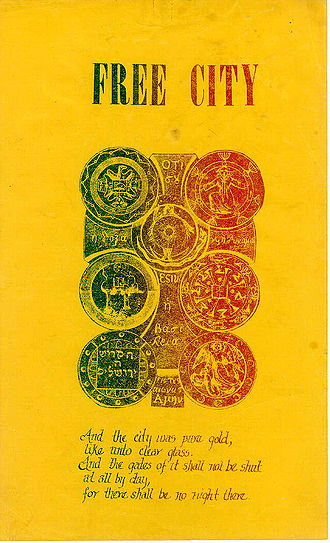 This is page one of a set of scanned images and full text transcriptions of the individual pages distributed as one set of Free City sheets in late summer 1967 in San Francisco. (The set was bound with a paper clip in the upper left corner.) 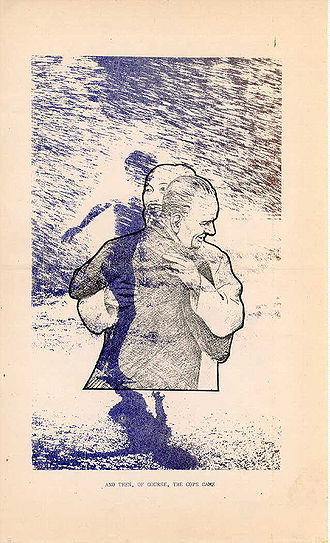 And then of course the cops came

It is worthy to note that the impetus for these events, including the Artists Liberation Front's planning sessions, came from the Mime Troupe's run-in with City Hall and the "Arts Establishment" earlier in the spring of 1966. Kenneth Rexroth, the venerable critic, author, and Old Left eminence gris, first suggested taking the battle into the neighborhoods. Ronnie Davis, the Mime Troupe founder and director, shortly called the first meeting of artists to band together for mutual aid. From late spring to early fall, then, a series of meetings brought together many of the avant garde, more-or-less politically active artists, writers, actors, musicians, poets, or hangers on. 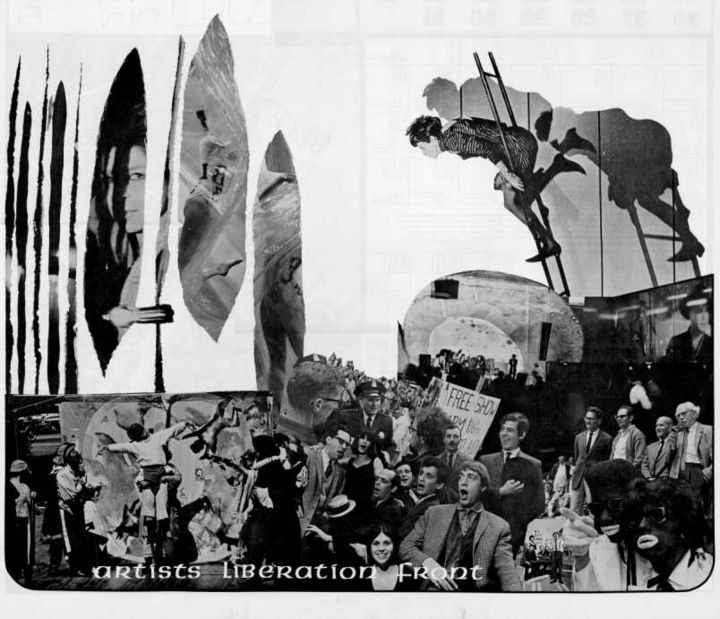 In the early Digger papers, the Diggers call for a renewal of purpose. The ALF meetings by this time were debating allowing booths to sell food and other goods at the Free Fairs. To the Diggers, this seemed like business as usual. There are at least six sheets that are from this period. In addition there are several notices and articles that appeared in the Berkeley Barb which document these nascent days.