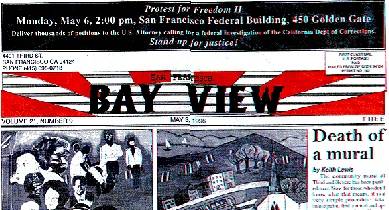 The Spokesman was a weekly newspaper published by John Pittman, who was black. He was a graduate student on the Berkeley campus of the University of California. Of course we'd argue about the problem. When I say the problem I mean the race problem in the United States. John was very very liberal, you could almost say "ultra-liberal." It wasn't long before people started calling The Spokesman the "Little People's World." The People's World was a daily paper, published and edited by the Communist Party here in San Francisco. I had always been interested in writing for a newspaper--and writing period. I started coming over to San Francisco quite often to see John and then he asked me if I would write a few things for them. Our office was located at the corner of Baker and Sutter Street in a storefront building. In some way John managed to get a Linotype machine. He got another former student at Berkeley named Lawrence Nicholson, who was also a rebellious black, you would call them at that time, 'cause his father was a black physician in El Paso, Texas and sent Nick out here to go to school. Nick wasn't interested in going to school because his liberalism was too strong, he didn't see much need of it. His father was the black man who sued the state of Texas for the right to vote in Texas. That must have been round about 1928. So you could see where Nick was coming from. Then Mason Robeson was on the staff. He had dropped out of Cal because he became disgusted with the system.

The Spokesman was about 8 pages. I don't think it ever got any larger than that. Columns, and news, and John's editorials. There were cartoons if we could get a cartoonist, because John wasn't able to pay anyone. One of the things that attracted the attention of a lot blacks in the Bay Area was one column that was by John's lady friend Gladys, called "I Have Eyes." Any little gossip, whether it was dirty or clean, she would put it in this column. It was about what people were doing in the bars and other places like that. Well, a lot of people bought that paper, quite a few anyway, to see if their name was in there. That was a good seller for The Spokesman at that time. I know a few black professional people over there in the East Bay who became very unhappy about items that were put in "I Have Eyes" - ha, ha, ha, ha, ha, ha!

During the General Strike in 1934 when the longshoremen called that strike, The Spokesman supported them editorially. I think it annoyed some conservative people here in San Francisco because a Vigilante Raids (from The Big Strike, by Mike Quin) Vigilante Committee was formed. One morning when we came to The Spokesman office, somebody smashed out all the windows in there, got inside and smashed the keyboard of the Linotype machine and then wrote a note and laid it on top of the Linotype machine saying "you niggers go back to Africa." But we survived that.

Thomas Fleming, 91 years old, former editor of the Sun-Reporter in San Francisco, 1944-1994, interviewed on Saturday, January 9, 1999 at his home on Fillmore Street in San Francisco by Chris Carlsson, with assistance from Caitlin Manning, Joe Caffentzis and Max Millard. 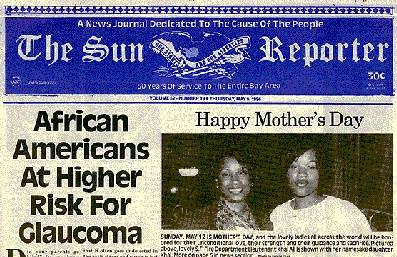 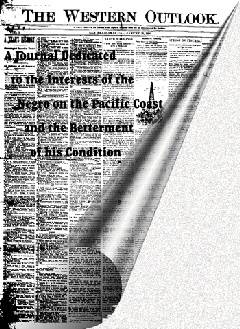