Interior of Black dance hall, 1914. Wonderful clip of early African American Dance, with many called variations as well as the "Texas Tommy Swing dance" as it was called and appeared in print in 1910. The most famous song for this dance was called King Chanticleer. for more information read Tom Stoddard's book Jazz on the Barbary Coast. 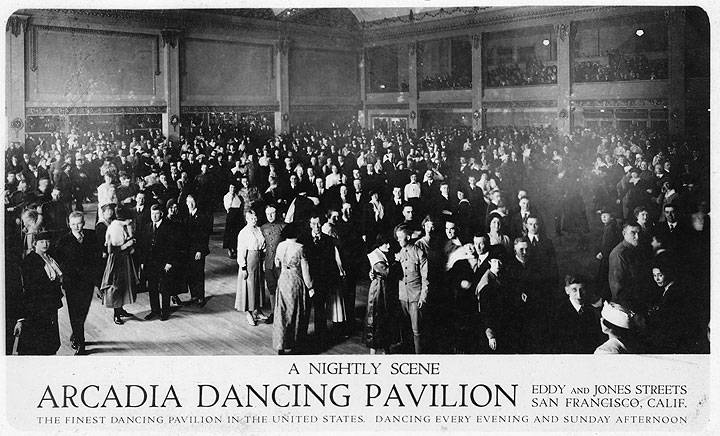 Though women won the right to vote, many men were not happy with the sudden emergence of independent women in public and political life. In this same era a public morality campaign sought to criminalize a wide range of independent female activities, such as dancing and drinking, tarring them all with the brush of moral turpitude. A national effort by reformers attacked dance halls and popular new dances as inappropriate for working girls, and sought to regulate both the dance halls themselves, and the behavior that went on inside them. 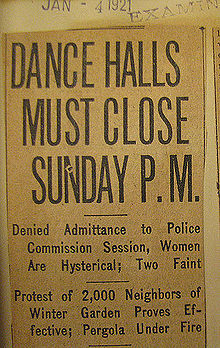 Young single women, unescorted, were going to dance halls where they could drink and dance with whom they pleased, and do dances that brought them into close, sometimes full, contact with men whom they’d just met. This threatened the prevailing moral sensibilities of middle America, which held that women had to be protected from dangerous men. Dance hall reformers also campaigned to remove or restrict alcohol from the halls because it weakened women’s ability to maintain their standards. Similarly, the more physical, swinging and dipping dances that were suddenly popular promoted a close touching that violated the sense of propriety these reformers were trying to maintain. 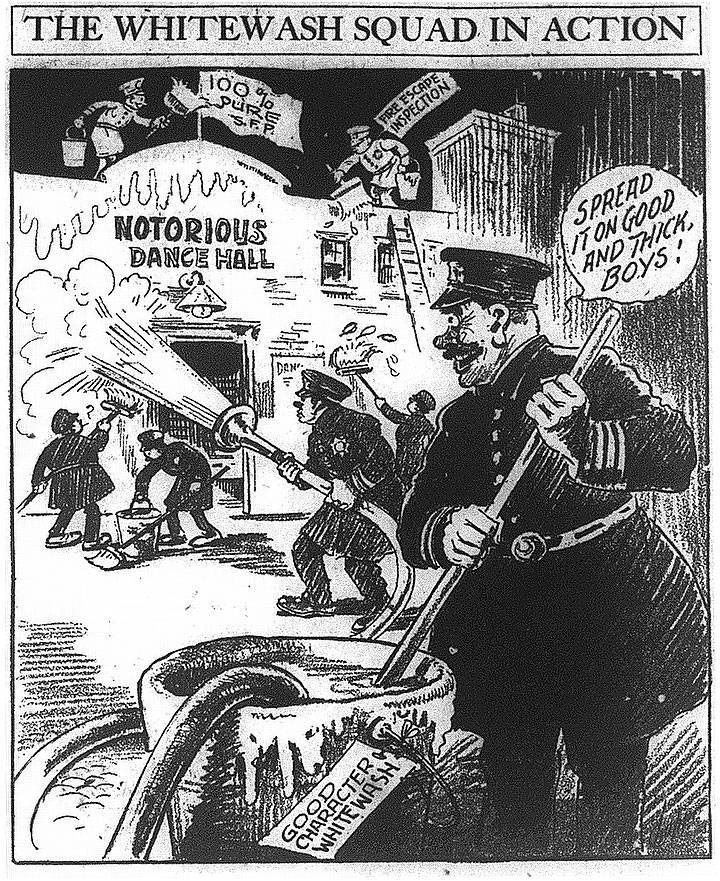 The Grizzly Bear, Bunny Hug, and Kangaroo Dip encouraged close body contact. Songwriters such as Irving Berlin began telling dancers to “Hug up close to your baby,” and “Everybody’s doin’ it.” Then South American dances, such as the “Argentine Tango,” became the rage, with its medley of dips and glides that suggested sexual conquest. These new styles proved irresistible, especially to the young… investigators frequently reported “indecent” dances, such as “Walkin’ the Dog,” “Shaking the Shimmy,” and the “Stationary Wiggle,” yet the authorities did nothing… San Francisco prohibited “marathon” dance contests. … Several cities funded supervised dance platforms in parks or on docks during the summer. But … San Francisco clergy opposed the use of public monies to support sinful amusements.
(—quoted from Elisabeth I. Perry, “The General Motherhood of the Commonwealth”: Dance Hall Reform in the Progressive Era. American Quarterly, Vol. 37, No. 5 (Winter, 1985)

White couples dancing in 1914 in a dancehall in San Francisco. 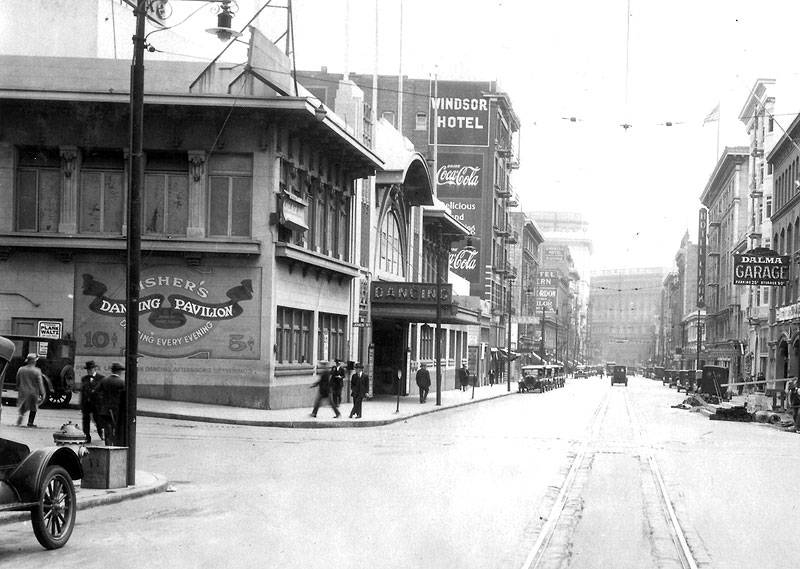