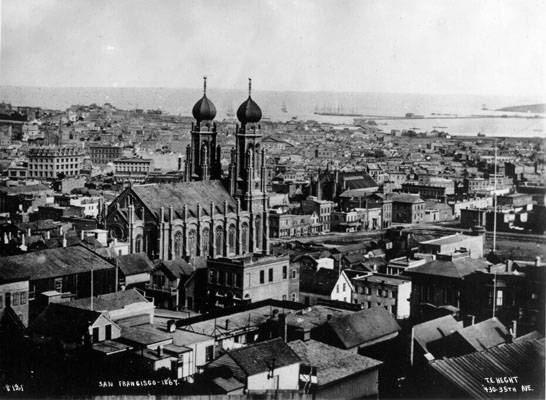 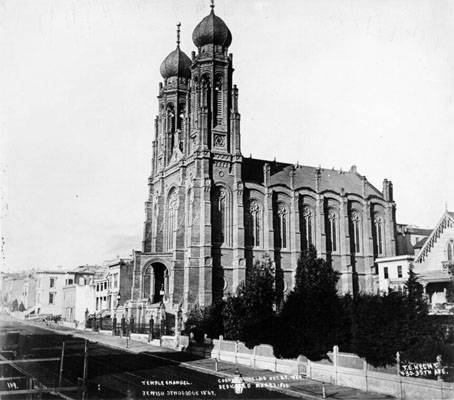 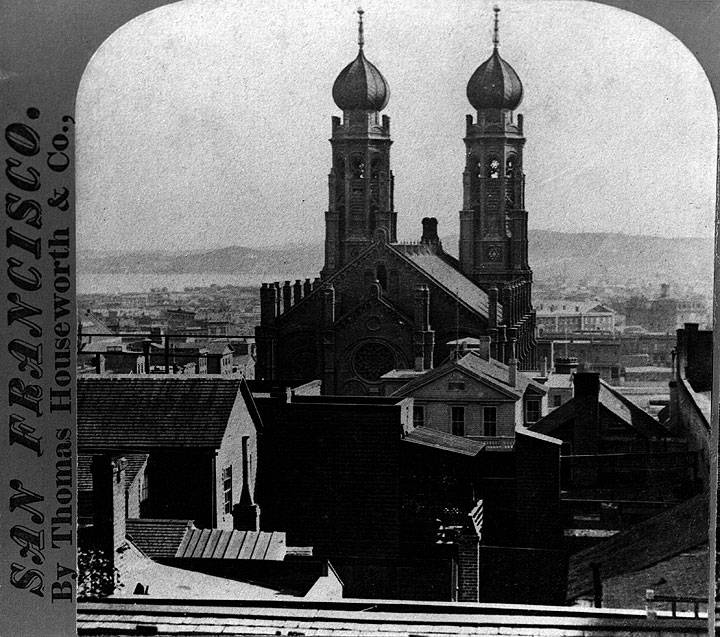 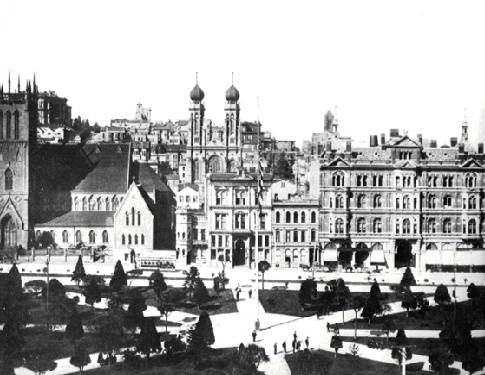 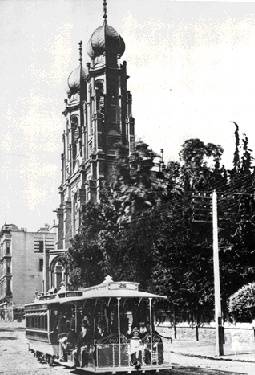 The old Temple Emanu-El on Sutter near Powell Street (fire ravaged the inside in 1906, but the temple was repaired and opened again in 1907. The congregation moved to Lake and Arguello in the mid 20s).

A rift between those of German and Polish background marked a breakdown within the small Jewish community. The establishment of two separate synagogues in 1854 - Emanu-El for the German Jews, and Sherith Israel helped solidify the division that would last well into the 20th century. The German Jews brought to America their European cultural bias against Eastern European Jews as inferior and considered themselves the "aristocrats of the emigres."

The Temple Emanu-El congregation of 260 mostly German Jews soon moved into a newly built large and elegant synagogue on 450 Sutter St. in 1864. Dr. Julius Eckman, an active pro-Union supporter during the Civil War and ironically a Polish Jew, was the first rabbi to preside over the elite congregation. 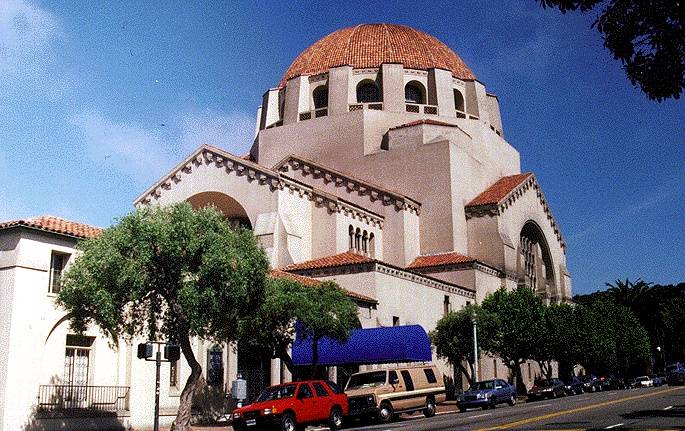