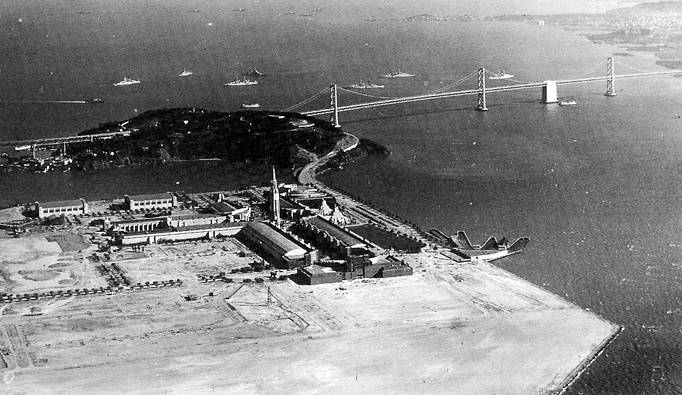 Treasure Island taking shape in 1938. After two years as a celebratory World's Fair, it became a military base at the outset of WWII. Yerba Buena Island ("Goat Island") is at left of center. 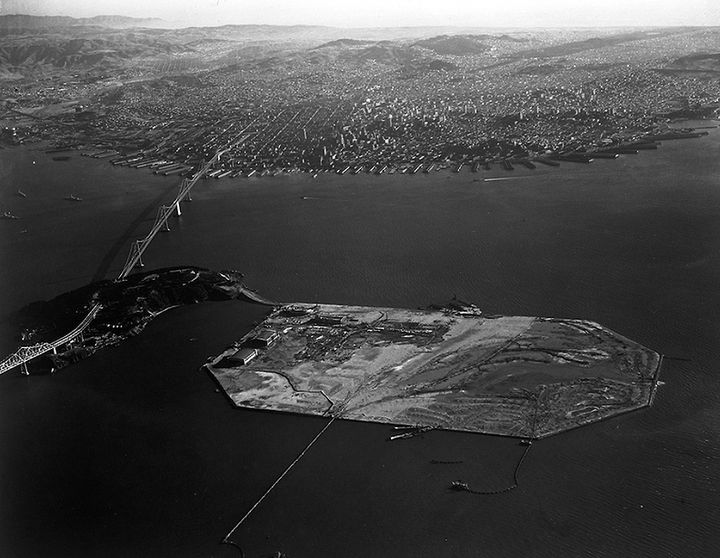 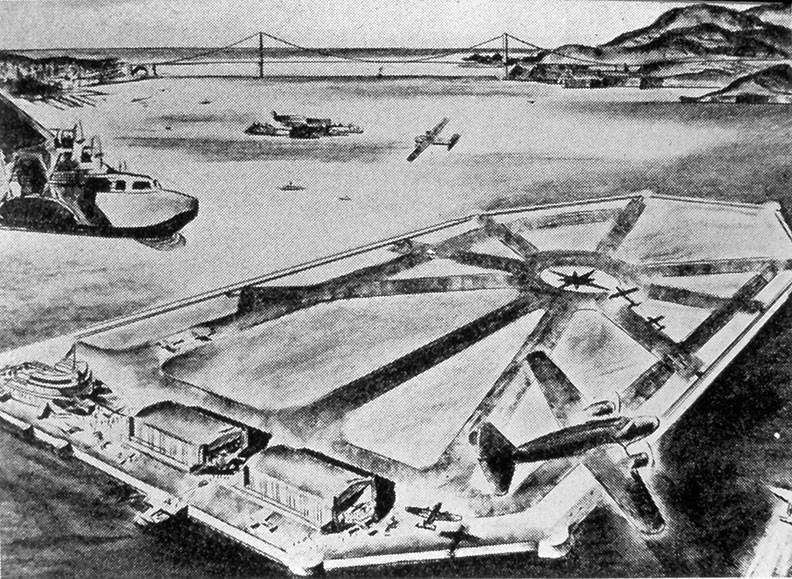 Illustration of the planned airport for Treasure Island after the World's Fair. Once the Navy took over the airport plans were scuttled. 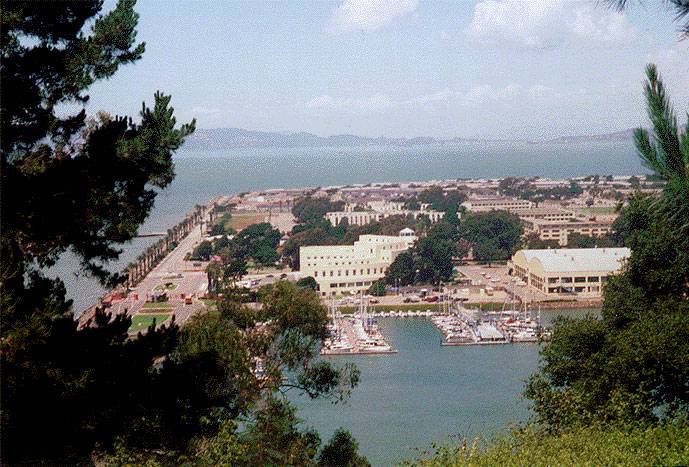 1997 view of Treasure Island from Yerba Buena Island just to its south. Building in lower right is being used as a movie studio, while the entire island is about to be given back to the city of San Francisco. There is a lot of seismic and toxic mitigation work ahead to make it useful. The building in the center was a Nazi airport in an Indiana Jones movie.