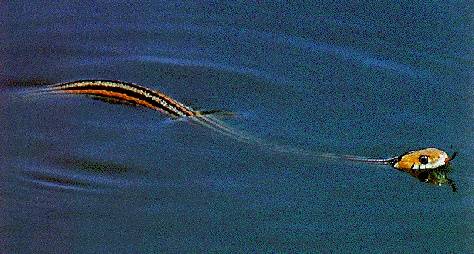 When the Serramonte shopping center in Daly City was still a dairy ranch more than 30 years ago, the San Francisco garter snake was "at large." The moist and grassy grounds of Christen's Dairy Ranch provided acres of habitat for the snake, and its numerous ponds abounded in red-legged frogs, the snake's favorite food. The grounds were also a place of intrigue for San Franciscan high school students with a keen interest in herpetology, one of whom was the now-renowned naturalist, Karl Switak. This land would soon be turned over to developers, the only hope for the survival of its resident snakes would be some dedicated teenagers on their bicycles.

The Suburban Realty Company had purchased the ranch in the 1950s. While plans to transform it into a shopping center were firming up, housing developments sprang up on all sides of the ranch. "With all that development taking place around an open plot, we knew that a shopping center was inevitable," said Switak. "We anticipated construction--the ponds removed, the habitat paved over, and everything mauled by bulldozers."

Before the company embarked on its large-scale project, Switak and his friends made their last bicycle trips to the ranch, not so much for study as for collection. "We collected as many San Francisco garter snakes as we could," said Switak, "then turned them loose down the road, in the Upper Crystal Springs Reservoir area."

The shopping center took shape in the mid-1960s and had its grand opening in 1968. Switak contents that development of the shopping center pushed the snake toward endangerment. He also believes that translocation of the snakes might have given the subspecies an edge in persisting. "I wouldn't be surprised if the fact that people find San Francisco garter snakes farther down the peninsula is all because of us," said Switak. 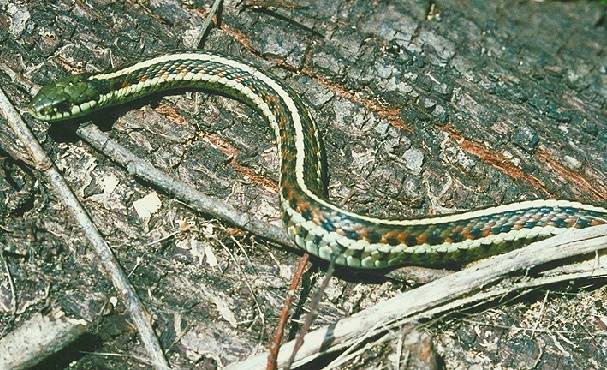 The San Francisco Garter snake is quite rare -- and has even been stolen from a local zoo.