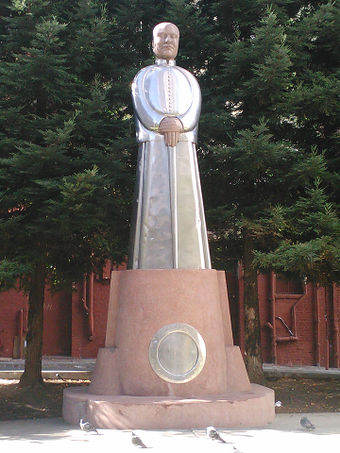 Bufano was an admirer of Dr. Sun whom he met during his travels in China. Here the artist learned from porcelain glazers the techniques he put to use in many of his works, including this one. The statue was commissioned in 1938, 13 years after Sun’s death, by Chinatown leaders as a recognition of Sun’s travels to San Francisco. In the early years of the last century, he had come to the city seven times, sometimes hiding out from agents of the Chinese government out to kill him, but mostly to raise funds to finance his revolution. In that regard he succeeded dramatically, raising from the American Chinese community upward of $400,000, a princely sum back then. Often standing at the very spot where his likeness is now portrayed, Sun addressed the local population on the guiding principles of the emerging Chinese republic. He told the American Chinese they could support his cause by raising money through peddling Chinese goods to tourists, a tradition still firmly entrenched.

When the revolution occurred, Sun became president of the new republic, but only for six weeks before he was deposed. However, this was time enough for him to ban the practice of footbinding and for many of his American followers to celebrate his victory by cutting off their once obligatory queues.

Though his tenure as president was short, the Kuomintang, the nationalist party which he founded, lived on and is established as the principal party of Taiwan where it founded a rival government to the People’s Republic of China.

However, Sun is no less a hero to mainland Chinese where the party line People’s Daily newspaper has called him a “great revolutionary, who fought against imperialism and for the freedom of China.”

Sun held convictions that seemed to elevate him above the squabbles of day-to-day politics. This point of view is evidenced by his words engraved in Chinese on another San Francisco landmark—the Gate at Grant Avenue and Bush Street, which marks the entrance to Chinatown. It reads: “All under heaven is for food of the people.” 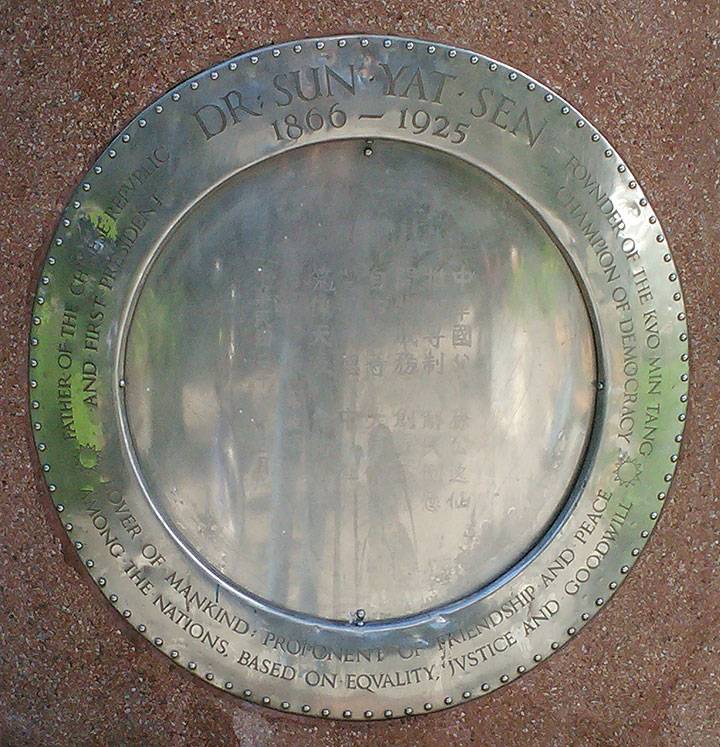 Excerpted with permission from Art Peterson's book, "Why Is That Bridge Orange?" published in 2013, by Inquiring Minds Productions.
Retrieved from "http://foundsf.org/index.php?title=Sun_Yat-Sen&oldid=27944"
Share this page: